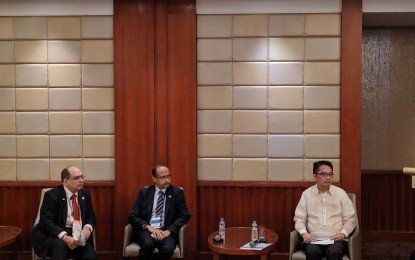 A Department of Health official underscored this weekend, the importance of affordable medicines for the effective implementation of the Universal Health Care (UHC) Act, where Indian businesses can be tapped as a major supplier.

As part of the Phil-India Trade Consultations held in Makati City on Friday, October 18, Health Undersecretary Rolando Enrique Domingo mentioned the opportunity for Indian pharmaceuticals to help reduce the prices of synthetic drugs available to Filipinos.

The scheduled implementation of the Universal Health Care Act next year would require the government to source medicines that fit its criteria on affordability and effectiveness.

“With the Universal Health Care coming in 2020 next year, the government and PhilHealth will be the major procurer of services and drugs and supplies for the whole country. And we foresee that there’s a very bright future for more drugs coming into the Philippines, especially from India,” he said.

Domingo noted that India is a major trading partner of the Philippines when it comes to medicines.

“It consists of medicines of up to 12 percent of all imports from India in the Philippines. It’s about 200 million dollars a year. Most of it, 90 percent, will be bought by the government,” he added.

While stressing the need for affordable medicines in the country, Domingo said these also need to be of high quality.

Domingo also disclosed that when the Philippines needed cheaper medicines in the past, it was India who was selected to provide them.

“When we started our Cheaper Medicines Act in 2009, even before that in 2001, we started to make sure that drug prices in the Philippines become lower and the first thing we did is import medicines from India,” he said. (First published by PNA, Oct. 18, 2019)

Petroleum prices up again for the 4th week