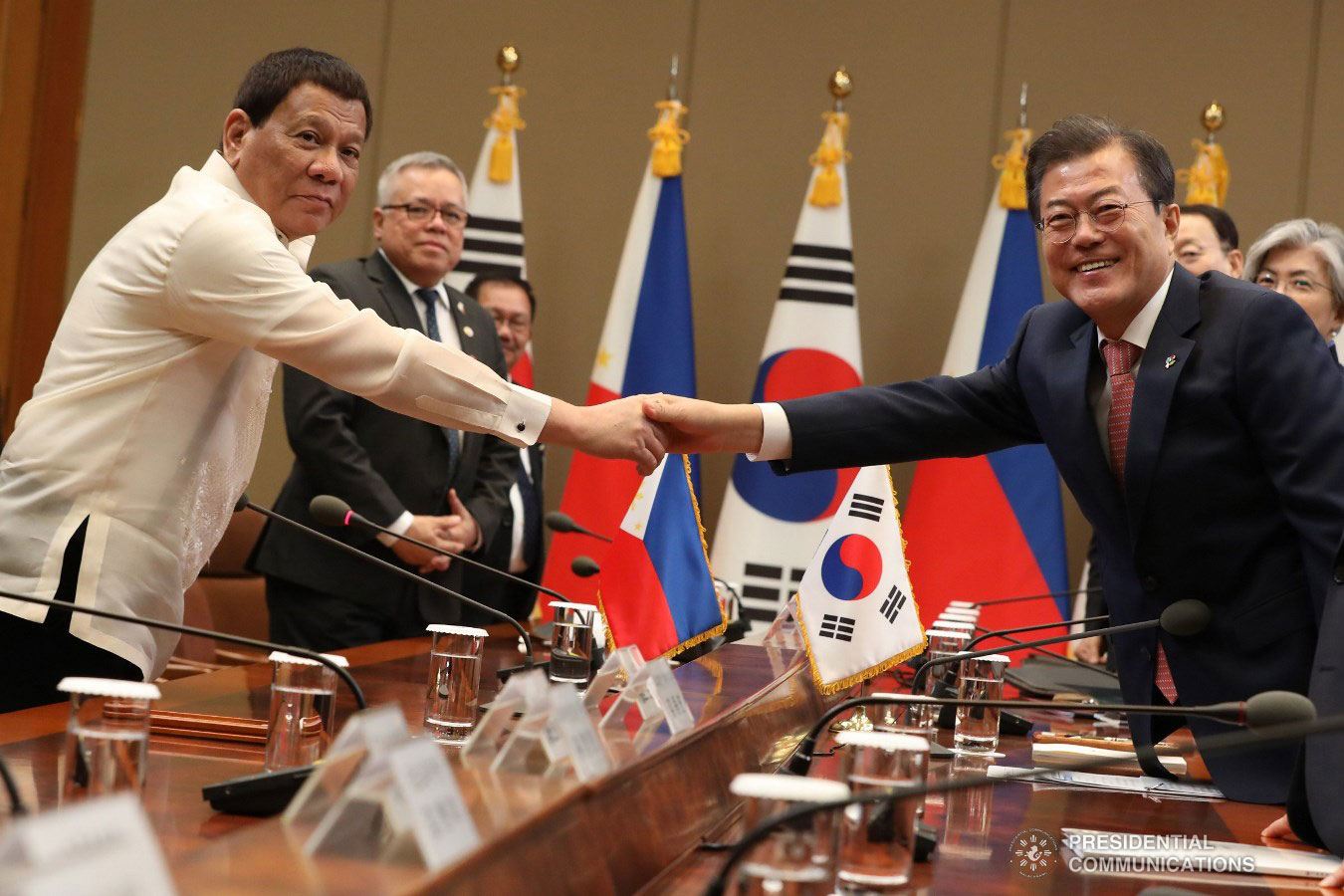 In this meeting last June 4 at the Cheong Wa Dae or Blue House, President Duterte and South Korean President Moon Jae-in shake on an agreement to significantly increase bilateral trade between the two countries. Looking on beside Duterte is Philippine Trade and Industry Secretary Ramon Lopez. (File photo courtesy of PND via PIA)

Trade Secretary Ramon Lopez said the Philippine government is looking to revive next year the negotiations on free trade agreement (FTA) with South Korea should the “mismatch” of offers under the deal between the two countries is not resolved by the end of the month.

Lopez said while negotiations for an FTA are still ongoing, the deal may no longer be possible to be signed next month if these issues remained unsettled.

“Saka na lang mag-usap ulit (we will again negotiate). Another round (of negotiation), maybe we’ll revive it next year. Pwedeng ganon (that is possible). That’s option plan B. That’s our continuing objective, di pa rin natin bibitawan (we will not give up the deal), we continue to make that request kung hindi ma-conclude (if it will not be concluded),” he told reporters last week on the sidelines of a business event.

But Lopez remains hopeful that the country could conclude its FTA negotiations with South Korea by last week of November.

The Philippines aimed to reduce its trade deficit with South Korea through negotiating the FTA which was expected to be signed next month.

FTA discussions between the two countries started in June this year, with the Philippines seeking for higher agricultural exports, aside from banana, pineapple and mango, and some industrial products, to South Korea.

South Korea is also asking for higher exports of industrial products to the Philippines.

The Trade chief said the Philippines has been pushing for immediate reduction of tariffs on its banana exports.

“Kasi di mo naman ibibigay yun ng zero (because you cannot give zero tariff) in one year so para s’yang may schedule — how many years, from what to what (rates)? What we thought we could get it earlier or it would be somehow maybe given earlier,” he said.

In 2018, South Korea was the country’s fourth major trading partner. It is the Philippines’ eighth export market and top import supplier. (First published by PNA, Oct. 20, 2019)