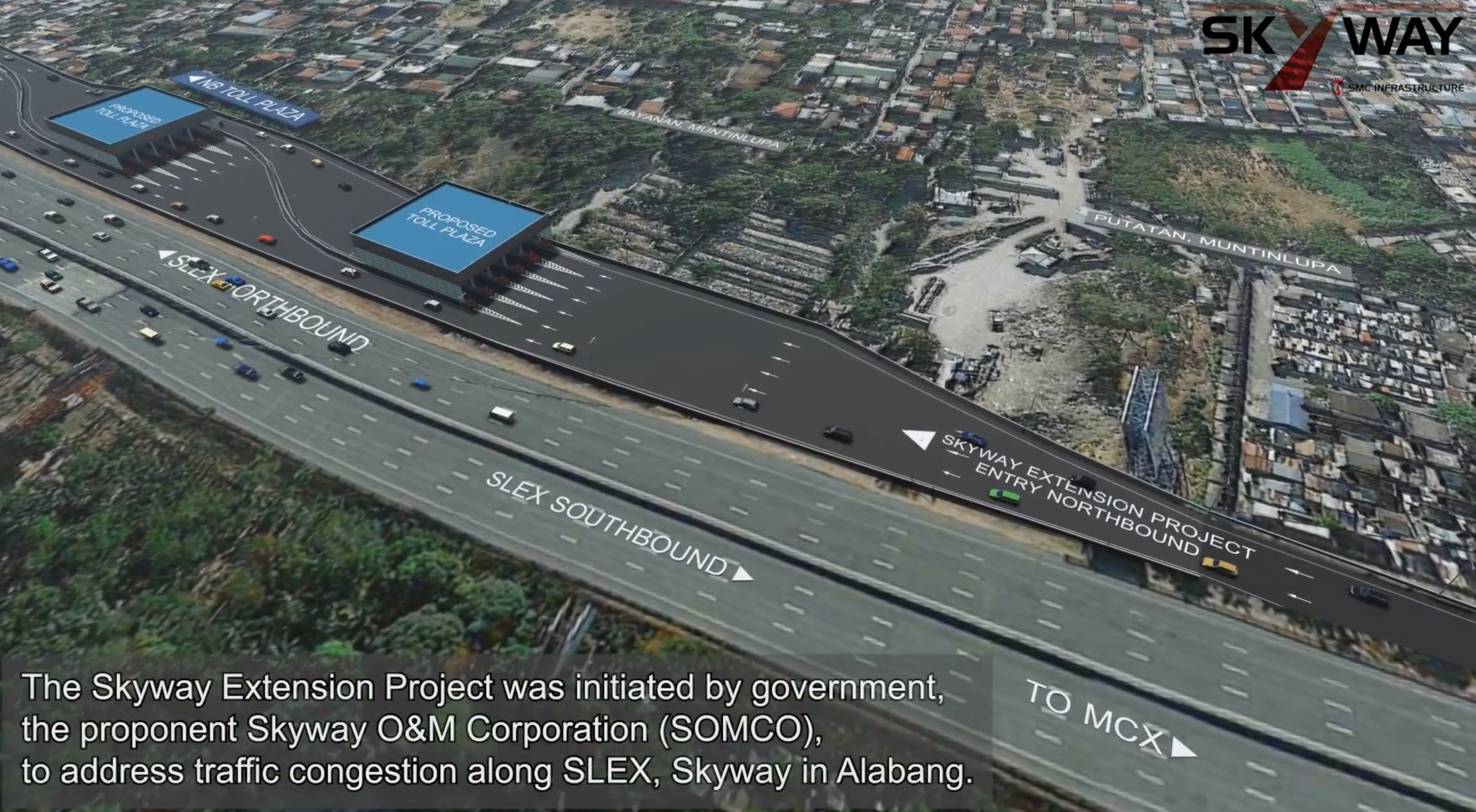 Skyway O&M Corporation (SOMCO) has released a video showing how Phase 1 of the Skyway Extension project will look like once fully completed by its target date of December 2020.

The company said that the project, worth over P10 billion, is being undertaken to address perennial and worsening traffic congestion on the SLEX and Alabang.

This is due largely to the continued increase in the number of vehicles using the expressway over the years. If nothing is done, traffic is expected to worsen as current vehicle volume of about 1 million cars increases every year–especially with the continued growth in residential developments and business locators in provinces south of Metro Manila.

Once complete, vehicles coming from south of Metro Manila will be able to take the Skyway and bypass the Alabang viaduct, even EDSA, and go directly to any destination accessible via Skyways 1, 2, and Stage 3, which is also set for full completion by next year. These include NAIA, Pasay, Makati, Quezon City, all the way to Balintawak and the North Luzon Expressway.

In the meantime, SOMCO assured motorists that they will get a reprieve from traffic in the south by November when heavy preliminary works are targeted for completion, just before much of the Christmas rush. By that time, motorists will be able to use the third lane that is currently closed from ongoing construction works. (Press Release/SOMCO)