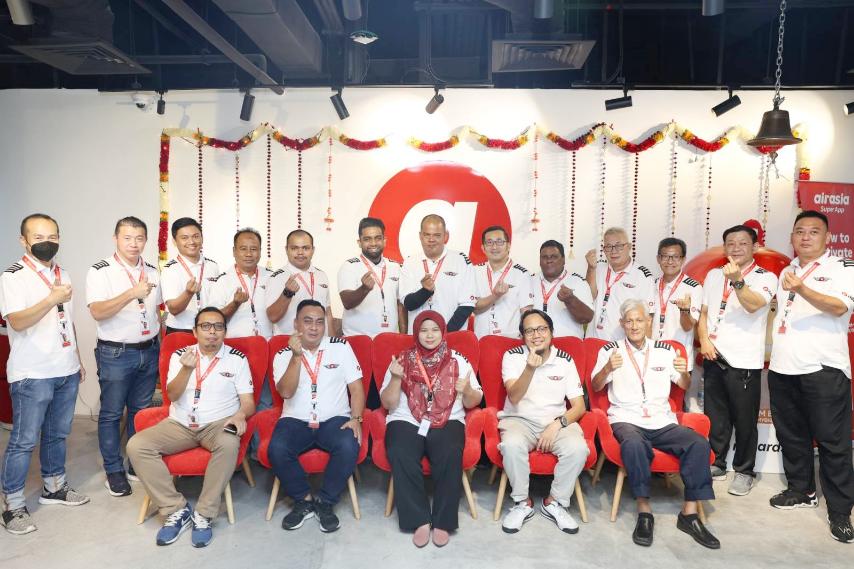 Last week, AirAsia’s People Department hosted its usual monthly onboarding session for new Allstars who will be embarking on their new journey in the newly branded digital lifestyle company. However, there’s something different about this batch of new Allstars.

Rather than the usual pilots, cabin crew and aircraft engineers that we were used to seeing, these new Allstars donned newly-designed, pilot-esque polo shirts. They were pilots, too, but instead of planes they champion connectivity on the roads instead.

Effective 1 October 2022, qualified drivers in existing programs, as well as new drivers, will be able to opt for the Full-time Drivers program which will enable them to have a monthly base income of RM3,500 minimum including fuel benefits, and the opportunity to earn a total income of up to RM8,000 with additional drivers incentives scheme, on top of a full suite of Allstar employee benefits including EPF, SOCSO, medical coverage that also covers their spouses and children, annual leave, and other travel benefits such as heavily discounted staff rates for AirAsia flights. Full-time Drivers will also be given priority airport job assignments to enable them to earn more from airport pick ups and drop offs as travel demand continues to ramp up across the region.

airasia ride, which was established in August last year now has 53,000 registered drivers on its platform and has completed two million rides to date.

One of the drivers, Mahadi bin Abd Aziz said, “I am happy to finally join the airasia family today as an Allstar. Contrary to public perception, being an e-hailing driver is not easy: long working hours, unstable income, little-to-no protection on car and health insurance. Now, we feel safe because we have such a large company behind us and to support us with our daily jobs.”

Nurul Fatimah binti Aalimin @ Mohd Yusof, said’ “I would like to thank airasia ride for this opportunity. We never know what will happen tomorrow as a driver, but now we have job security and even a career path, which motivates me to perform better.”

In its second year of operation now, airasia ride has to date expanded across all states in Malaysia, as well as Bangkok, Thailand. With such a rapid ascension in this highly-competitive market, Lim Chiew Shan, CEO of airasia ride, believes that being one of the first companies in the region to offer such a programme will surely help bring in more drivers to meet the ever-growing demand.

“airasia ride was launched to be a disruptor in the e-hailing market, where it used to be a cheaper alternative to traditional taxis, now costing even more. It was the same for the drivers as well, as the monopoly in the market meant the platforms had an iron grip on all fees and benefits structure. As our Group CEO Tony Fernandes once said, we believe in doing the right things, and the right thing to do is to treat our drivers properly. We welcome all drivers, old or new, to register with us and we look forward to earning even more as an Allstar,” added Lim.