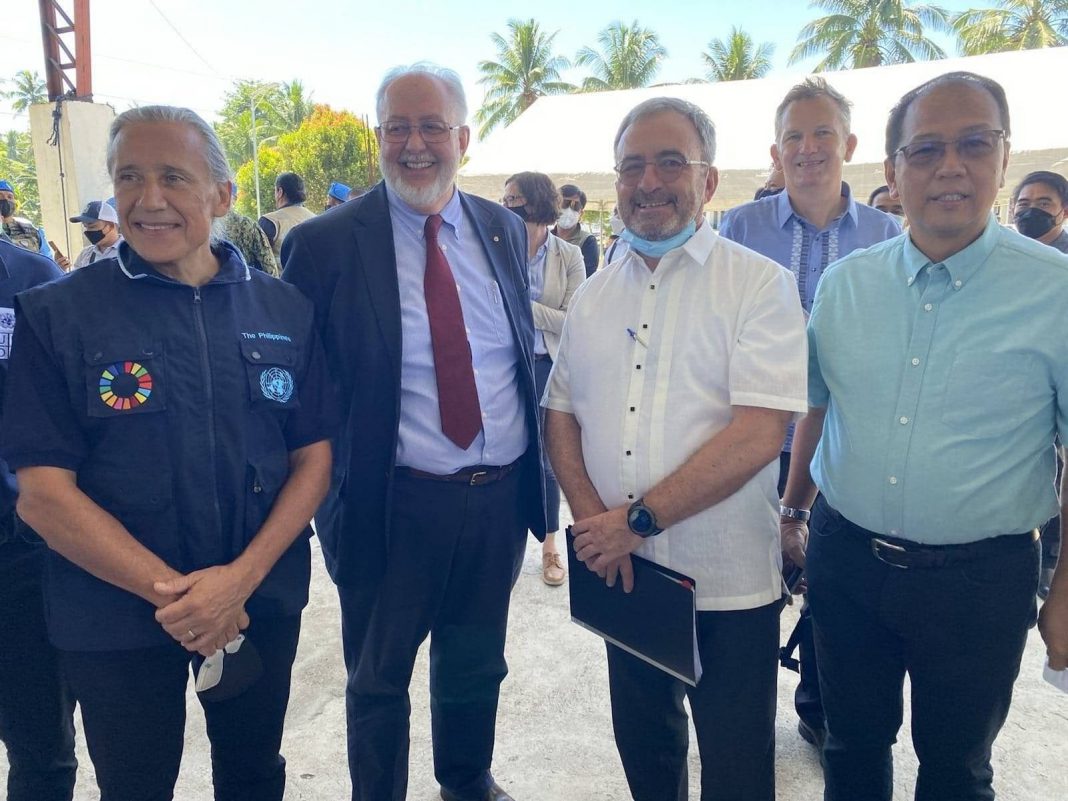 The Access to Legal Identity and Social Services for Decommissioned Combatants (ALIAS-DC) project will support decommissioned combatants as they re-engage into civilian life by providing them with legal identities.

The other action, Programme on Assistance for Camp Transformation through Inclusion, Violence Prevention and Economic Empowerment (PROACTIVE) will promote economic income and sustainable livelihoods, community resilience and security.

After decades of conflict, obtaining a legal identity through birth certificates is a first step for former combatants in their re-engagement into civilian life. Access to the peace dividends also involves re-creating viable livelihoods in previously armed camps. To achieve these goals of normalization requires strong partnerships between all stakeholders.

“The EU is here to support the work of the Bangsamoro Transitional Government and the OPAPRU to further consolidate the peace process. The European Union has been a staunch and long standing supporter of the peace efforts in Mindanao: with the projects we are launching today, and since 2020, we have invested over 105 million euro (almost Php 9 billion) in projects covering both development and capacity building for the transition. We are happy to be partnering with Australia and the UN on normalisation, since enhancing the normalisation track -allowing for all the people engaged in the conflict to lead peaceful and productive lives without leaving anyone behind–is crucial to build lasting peace”, said EU Ambassador Luc Véron.

Australian Ambassador to the Philippines Steven J. Robinson AO said, “Australia is a long-time supporter of the Peace Process in Mindanao, and in particular Normalisation. I’m glad that we are helping provide such foundational assistance to former combatants. Identity documents are something that many of us take for granted, but if you lack these you can find yourself locked out of education, health, work, and wider opportunities to participate in society. I hope these documents will help kick-start the process to transform these camps into peaceful communities.

Over my three and a half years in the Philippines I’ve been fortunate to work closely with the Government of the Philippines on the Peace Process, and in particular Presidential Advisor on Peace, Reconciliation and Unity Carlito Galvez Jr. I believe that the support of the global community is essential to the Peace Process here – no country can do this all on its own.  I’m also proud that we are working on this together with the European Union and the United Nations, and I look forward to seeing more work that our collaboration will support in the future.”

“Peace and development must walk hand-in-hand. Today we celebrate another milestone in this complex but rewarding journey. As the United Nation, we are proud of being part of this collective investment jointly with the Bangsamoro Transition Authority, OPAPRU and our long-standing development partners, Australia and the European Union”, said Gustavo Gonzalez, UN Resident Coordinator.

PROACTIVE will work with commanders to create viable livelihoods in previously armed camps by supporting the formation of social enterprises, offering individual agricultural and non-agricultural livelihood trainings and assistance packages, and improving access to basic services and social infrastructure.

The project will also work on transforming conflict and creating a culture of peace by enhancing the capacities and participation of local stakeholders—including women, youth, and faith-based leaders in community development and peacebuilding. Implemented by the UNDP, the project is co-funded by the EU for Php 221 million.