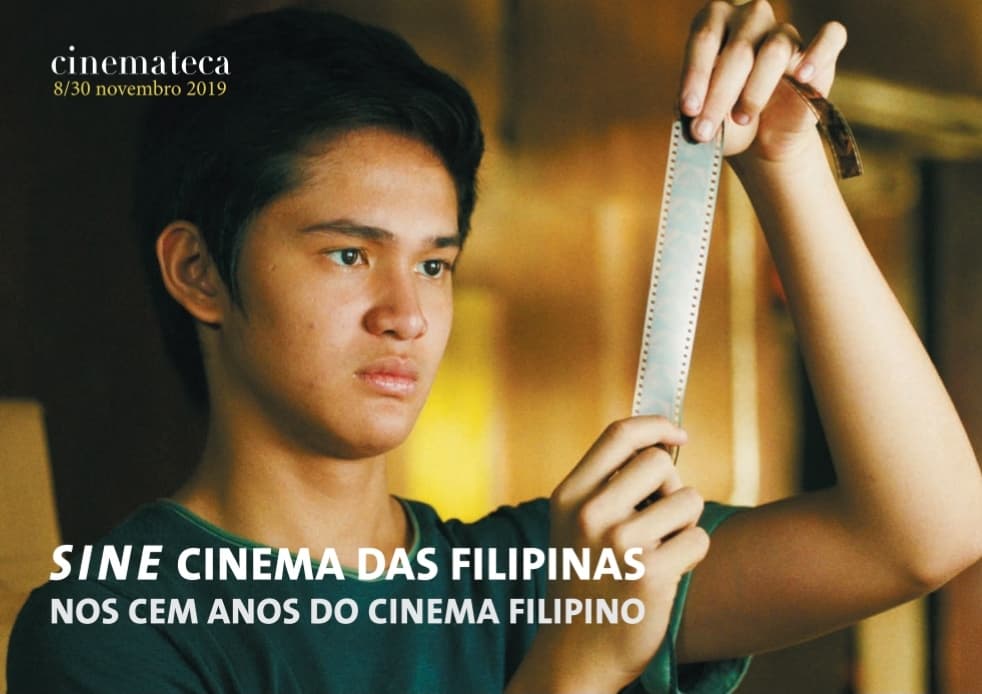 In celebration of 100th Year of Philippine Cinema, Cinema das Filipinas – Nos Cem Anos do Cinema Filipino (Philippine Cinema – In the Hundred Years of Filipino Cinema) will be held at Cinemateca Portuguesa – Museu do Cinema in Lisbon from November 8 to November 30.

The PH Cinema Retrospective is made possible through the collaboration among the Philippine Embassy in Portugal, Film Development Council of the Philippines (FDCP), and Cinemateca Portuguesa – Museu do Cinema.

Cinema das Filipinas – Nos Cem Anos do Cinema Filipino is a project under the Philippine Embassies Assistance Program (PEAP) of FDCP in partnership with the Department of Foreign Affairs (DFA) and DFA Cultural Diplomacy Unit. PEAP aims to encourage all Philippine Embassies and Consulates to organize film-related cultural activities so that overseas Pinoys and nationalities from their respective countries of assignment can discover and appreciate Philippine Cinema.

Through thematic curation, FDCP assists the Embassies and Consulates in coming up with a lineup of films and securing screening rights. The lineup is curated by FDCP according to the preference of the Embassies and Consulates, with themes such as contemporary, classic, tourism, culinary, and genre. FDCP provides a comprehensive list, updated annually, that features films that FDCP has full, partial, or non-exclusive rights to, as well as films that the national film agency can acquire at a discounted screening fee rate. FDCP also facilitates coordination with producers should an Embassy or Consulate wish to screen a film that is not part of the list.

Moreover, FDCP has shouldered subtitling fees and has taken care of Philippine Cinema lectures and conferences by sending film ambassadors to serve as guest speakers. For the past two years since PEAP was launched, FDCP has supported more than 30 Philippine Embassies and Consulates in mounting their events and film screenings. Three Philippine Embassy-led film festivals have been organized this year: Rome, Italy in September, and Portugal and Singapore in November.

“I’m very pleased that more and more Philippine embassies are now seeing cinema as a way to promote our stories and our people. We cannot just have one narrative out there about the Philippines. Sometimes, hindi maiiwasan pagdating sa A-list film festivals, dahil sila ang nag-cu-curate, the gritty side of the Philippines lang ang na-sho-showcase. But the Philippines is more than that and there should be more focused efforts in showing the diversity of our cinema and the different facets of the Philippines. Through a well-curated government-led Filipino film festival, we take charge of the narratives we want to share with the world. It’s all about collaboration and seeing the bigger picture,” commented FDCP Chairperson and CEO Liza Diño.

All Philippine Embassies around the globe can avail of the PEAP. A request made through an accomplished application form must be sent to the FDCP International Relations Division at least two months prior to the event. This will give FDCP ample time to guarantee the timely delivery of the requested films. The import and export of the films can be done by the Embassies by using their diplomatic pouches or by coordinating with the DFA Cultural Diplomacy Unit.

UNCENSORED By Manuel Morató In Memoriam †