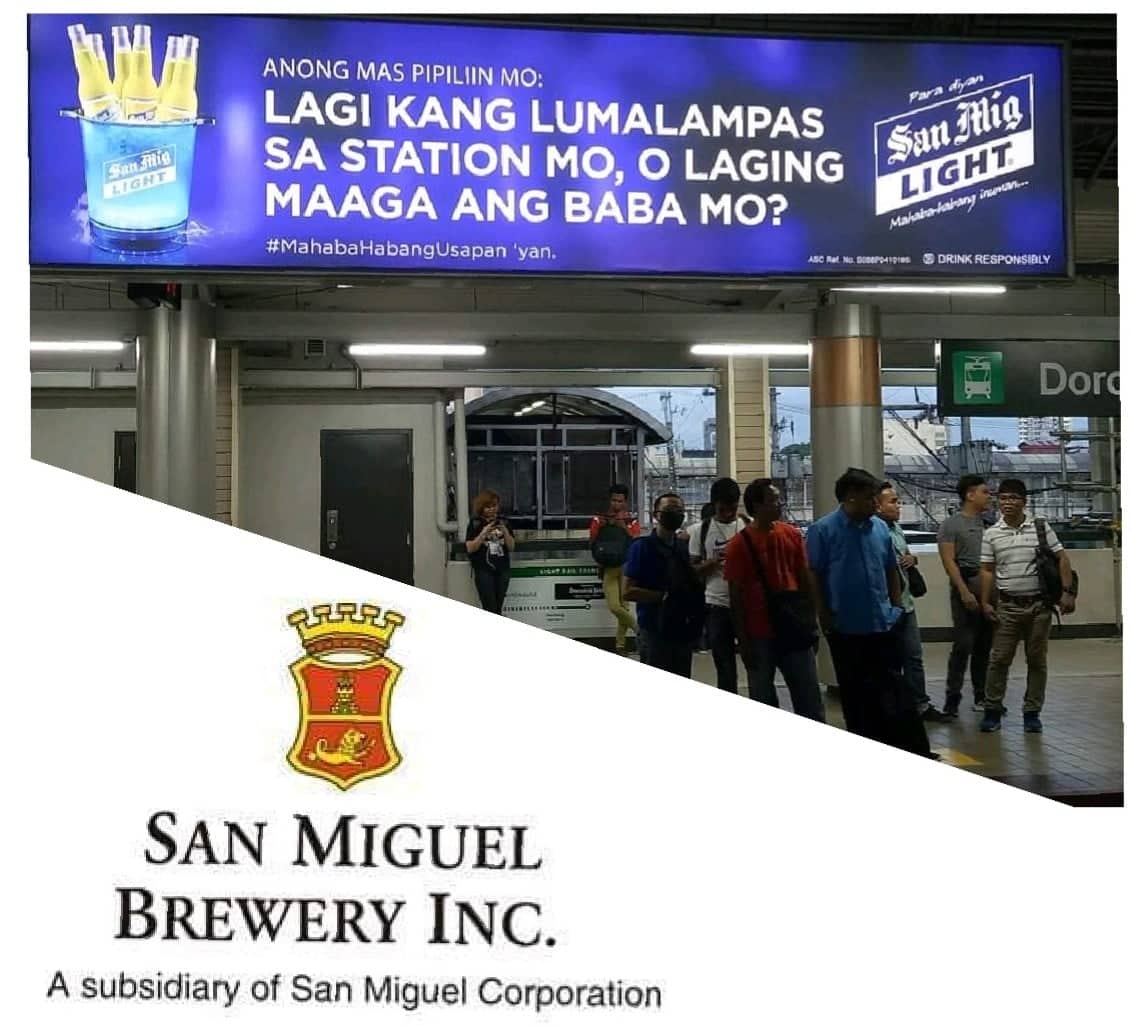 San Miguel Brewery attributes its strong revenue performance in the first half of 2019 partly to initiatives to expand its footprint locally and abroad as is evident in this LRT Station in Manila. (Photo by NCB/THEPHILBIZNEWS.COM)

In a statement sent to THEPHILBIZNEWS, SMC said its brewery’s strong performance in H1 was driven by higher volumes along with campaigns that engaged with consumers and initiatives to expand its footprint in the Philippines and abroad.

Earlier, SMC announced it is investing some $650 million (about P33.66 billion) to further grow its local and international breweries and bottling plants.