Why Wait for the Tax Amnesty? 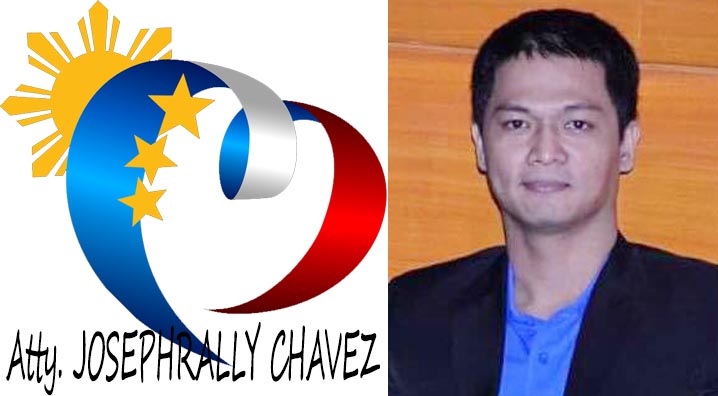 Why Wait for the Tax Amnesty?
By Atty. Josephrally L. Chavez, Jr.

A tax amnesty is a general pardon or intentional overlooking by the State of its authority to impose penalties on persons otherwise guilty of evasion or violation of a revenue or tax law. It partakes of an absolute forgiveness or waiver by the government of its right to collect what is due it and to give tax evaders who wish to relent, a chance to start with a clean slate. A tax amnesty, much like a tax exemption, is never favored nor presumed in law. If granted, the terms of the amnesty, like that of a tax exemption, must be construed strictly against the taxpayer and liberally in favor of the taxing authority. For the right of taxation is inherent in government. The State cannot strip itself of the most essential power of taxation by doubtful words. He who claims an exemption (or an amnesty) from the common burden must justify his claim by the clearest grant of organic or state law. It cannot be allowed to exist upon a vague implication. If a doubt arises as to the intent of the legislature, that doubt must be resolved in favor of the state. [Commissioner of Internal Revenue v. Marubeni Corporation, 372 SCRA 577 (2001)]

It is a general pardon to taxpayers who want to start a clean tax slate. It also gives the government a chance to collect uncollected tax from tax evaders without having to go through the tedious process of a tax case. [CIR v. Gonzalez [G.R. No. 177279, October 13, 2010]

An example of Tax Amnesty program by the government is enunciated under RA 9480 otherwise known as An Act Enhancing Revenue Administration and Collection by Granting an Amnesty on All Unpaid Internal Revenue Taxes Imposed by the National Government for Taxable Year 2005 and Prior Years.

(a) The taxpayer shall be immune from the payment of taxes, as well as additions thereto, and the appurtenant civil, criminal or administrative penalties under the National Internal Revenue Code of 1997, as amended, arising from the failure to pay any and all internal revenue taxes for taxable year 2005 and prior years.

(b) The taxpayer’s Tax Amnesty Return and the SALN as of December 31, 2005 shall not be admissible as evidence in all proceedings that pertain to taxable year 2005 and prior years, insofar as such proceedings relate to internal revenue taxes, before judicial, quasi-judicial or administrative bodies in which he is a defendant or respondent, and except for the purpose of ascertaining the networth beginning January 1, 2006, the same shall not be examined, inquired or looked into by any person or government office. However, the taxpayer may use this as a defense, whenever appropriate, in cases brought against him.

(c) The books of accounts and other records of the taxpayer for the years covered by the tax amnesty availed of shall not be examined. Provided, that the Commissioner of Internal Revenue may authorize in writing the examination of the said books of accounts and other records to verify the validity or correctness of a claim for any tax refund, tax credit (other than refund or credit of taxes withheld on wages), tax incentives, and/or exemptions under existing laws.

All these immunities and privileges shall not apply where the person failed to file a SALN and the Tax Amnesty Return, or where the amount of networth as of December 31, 2005 is proven to be understated to the extent of thirty percent (30%) or more, in accordance with the provisions of Section 3 of the law.

Simply put, upon the taxpayer’s full compliance with these requirements, the taxpayer is immediately entitled to the enjoyment of the immunities and privileges of the tax amnesty program. [CIR vs. Covanta Energy Phil., Holdings, Inc., G.R. No. 203160, 24 January 2018] Likewise, the taxpayer’s completion of the requirements of the Tax Amnesty Program is sufficient to extinguish its tax liability under the Final Decision on the Disputed Assessment of the BIR. Even the pending case involving the tax liability of the taxpayer becomes moot since the the compliance with the Tax Amnesty Program extinguished the taxpayer’s outstanding deficiency taxes. [CIR vs. Philippine Aluminum Wheels, Inc., G.R. No. 216161, 9 August 2017] Also, that the submission of the documentary requirements and payment of the amnesty tax is considered full compliance with Republic Act No. 9480 and the taxpayer can immediately enjoy the immunities and privileges enumerated in Section 6 of the law. [CIR vs. Apo Cement Corp., G.R. No. 193381, 8 February 2017]

However, certain exceptions maybe provided, and thus, not covered by the tax amnesty. The same law under Section 5 provides that the tax amnesty shall not extend to the following persons or cases:

Again the beauty and luxury of availing the tax amnesty program is that, the pending case involving the tax liability becomes moot since the compliance with the Tax Amnesty Program under RA 9480 extinguished the taxpayer’s outstanding deficiency taxes. The payment of the amnesty tax and submission of all relevant documents will make the taxpayer fully entitled to the immunities and privileges granted under the Tax Amnesty Law. Upon compliance with the requirements of the law, the taxpayer shall, as mandated by law, be immune from the payment of taxes as well as appurtenant civil, criminal, or administrative penalties under the National Internal Revenue Code.

Under the previous tax Amnesty Program, the tax amnesty rate was pegged at FIVE PERCENT (5%). It provides that, in order to enjoy the benefits of the tax amnesty program, the qualified taxpayers are required to pay an amnesty tax equivalent to five percent (5%) of their total declared networth as of December 31, 2005. Example, as to individuals, estates or trust, 5% or P50,000 whichever is higher or for corporations with subscribed capital of above P50 Million, 5% or P500,000, whichever is higher. One therefore, can kiss goodbye the Civil Penalties contemplated under Section 248 of the Tax Code. The TWENTY-FIVE PERCENT (25%) of the amount due, or FIFTY PERCENT (50%) in cases of willful neglect, false or fraudulent return. More than that, the interest in general of TWENTY PERCENT (20%) per annum under Section 249 of the NIRC.

As of this writing, the House ways and means committee has approved a bill seeking to grant tax amnesty to all unpaid impositions for the taxable year 2017 and prior years. It is said that it granted a TWO PERCENT (2%) general tax amnesty rate based on total assets or the aggregate assets within and outside of the Philippines. On the other hand, the Senate for its part, has approved on the third and final reading the Tax Amnesty Bill (Senate Bill 2059). With the Senate version, in lieu of all deficiency taxes supposed to be paid, the taxpayer may simply pay FIVE PERCENT (5%) of the total net worth. The Senate further proposed that the program also covers an amnesty on delinquencies. With this, the taxpayers can avail of FORTY PERCENT (40%) of the basic tax for delinquencies and assessments which have become final and executory, FIFTY PERCENT (50%) for those subject of pending criminal cases, and SIXTY (60%) for cases subject of final and executory judgment by the courts.