Hope, solidarity and friendship, the heart of Viva Europa 2020 celebration

And the summer begins, thus the Viva Europa, the European Union’s cultural showcase is on!

From May 25 until 6 June, Filipinos will get the latest cultural treat online as Viva Europa now comes into the comforts of your homes at the flick of your fingertips amidst this COVID19 situation.

Every year, the EU Delegation presents various theme during Viva Europa festival which is well attended and participated by different EU member states. This year, because of COVID19, the first EUFFestival will be available online with 11 European multi-awarded full and 8 short films to the Filipino audience.  The films are FREE and subtitled in English and will remain until 18 June. This EU initiative keeps in mind your safety during this pandemic.

The set date is on May 29 at 8pm to be live-streamed at the EU in the Philippines FB page and in Twitch.com.

Lovers of poetry are also in for a pleasant literary recital on 30 May at 5pm. Diplomats and the European community from diplomatic missions from Czechia, France,  Hungary, Italy, Poland, Spain and the EU Delegation will read carefully-selected poems that convey messages of solidarity, hope, collaboration to Filipino audiences. The poetry recital (to be livestreamed at EU in the Philippines FB)  will not be complete without the participation of multi-awarded and renowned poets Alma  Anonas Carpio and Mookie Lacuesta together with two young poets from LIRA or  Linangan sa Imahen, Retorika at Anyo.

Children always have a special spot in the EU family

“Lakbayin Natin Ang EU” or “Journey to the EU” will be held virtually for the first time. French children’s films with English subtitles will be made available for Filipino children this early June. The children’s festival proper will be held on 5 June at 10:30 a.m. also live-streamed at the EU in the Philippines. 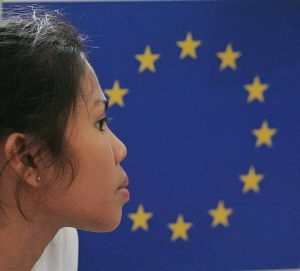 Embassies of Czechia or the Czech Republic, France, Italy, Poland together with the EU Delegation have prepared a cacophony and a cocktail of the best of arts and crafts, films, puppetry together with introductions and doodles’ session with noted television personality and artist Robert Alejandro.

As the EU is symbolized by the 12 stars to connote unity, harmony, and solidarity among the peoples of Europe, the EU Delegation conducts once again its stargazing and moon gazing event dubbed “Ode to the Stars and to the Moon” on 6 June at 8 pm. 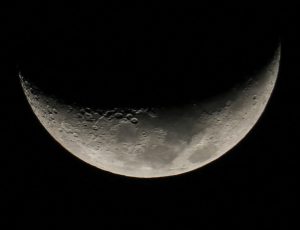 Here is your chance to learn more about the immense power behind the stars and the moon from astronomers Giovanni Seritella, an astronomer on the side and program manager, EU Delegation to the Philippines; Professor Jun Cajigal and members of the Philippine Astronomical Society.  This astronomical event is inspired by the ongoing dialogues between the European Union and the Philippines through the Copernicus Programme. Copernicus is the EU’s earth observation tool that draws on a large number of space and on-site or local measurement systems.

Viva Europa 2020 is the outcome of fruitful cooperation between the EU Delegation to the Philippines and the Embassies of Czech Republic or Czechia, France, Hungary, Italy through the Philippine – Italian Association, Poland, Spain, and Instituto Cervantes, Alliance Francaise de Manille and the National  Library of the Philippines.

Updates shall be uploaded in the FB, IG and Twitter accounts of the EU Delegation to the Philippines.

For those who would like to watch the VIVA Europa 2020, you may sign at Festival Scope to receive your FREE passes.

Trade Chief pushes for urgent stimulus package to assist MSMEs
May 25, 2020
SFA Semicon Philippines reports Notice of the Annual Meeting of Stockholders
May 25, 2020
UNCENSORED: It’s time for Congress to reconsider
May 25, 2020
Pinoy films ready to roll out in Netflix as PH celebrates 122nd Independence Day
May 25, 2020
TAX CORNER & CORPORATE PLATFORM: Payment of Taxes During ECQ & MECQ
May 25, 2020