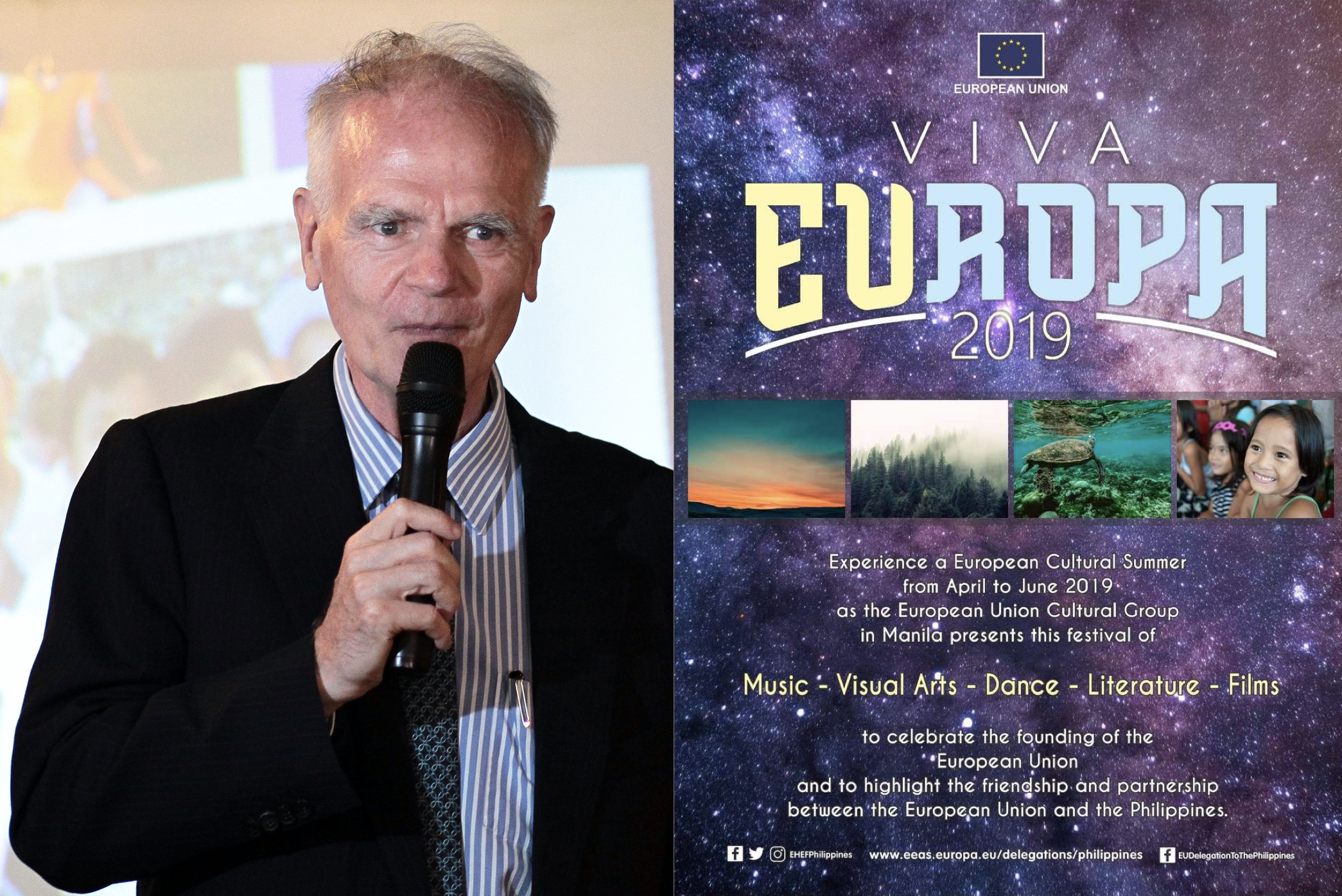 The European Union (EU) rolled out another exciting set of summer cultural activities that would certainly pave way for a deeper understanding and appreciation by Filipinos of European culture and heritage.

His Excellency EU Ambassador Franz Jessen graced the launching of “Viva Europa 2019” and said that unlike the past years’ activities, this time, the cultural events will bring Europe closer to the hearts of Filipinos.

Among the activities lined up for Viva Europa are exhibitions, film showing, concerts staged at different venues, and bike tours in Bohol.

These activities are notably light, veering away from the usually spirited discussions on politics, economy, and global issues as championed by the EU.

But the EU ambassador believes this year’s Viva Europa features activities very significant to learning and understanding European arts and culture – a wellspring that has never ran dry for centuries.

Amb. Jessen said these activities of the EU’s cultural diplomacy programme play a significant role in enhancing the bilateral relations between European Union state members and the Philippines.

“Viva Europa” is organized by the EU Delegation to the Philippines, and the members of  the embassies of Austria, Belgium, Czech Republic, Denmark, France, Germany, Greece, Hungary, Italy, Netherlands, Romania, Spain, Sweden and United Kingdom.

Also included in the line-up is Viva Europa’s first-ever stargazing activity and a session on stars and constellations for the youth in line with its theme “EU Goes Techno” in cooperation with the Manila Astronomical Society.

Other educational activities lined up are talks about environmental protection, children’s rights, music and the arts.

A football festival is also scheduled on May 4, spearheaded by the Schuman Cup Football at Ayala Alabang to teach the less-privileged children football – the European way. Another exciting highlight is the friendly game between European diplomats versus Filipino professional players.

Meanwhile, the Far Eastern University will hold a nationwide choir competition dubbed as “Musika FEUropa” on May 25-26 at the FEU Auditorium. The contest offers a grand prize of ₱100,000 and a trophy. Expected to take part in the competition are 15 choirs, including one from Cebu.

Martin Lopez, director of Far Eastern University President’s Committee on Culture, said the Musica FEUropa was created to celebrate thru choral music the EU month and the Filipinas Heritage month.

“The commissioned piece by Saunder Choi is the one whose mission is to foster unity, peace and harmony among different nations. Apart from this, the competition also prepares Filipino choirs for competitions in Europe which they will hopefully join and win,” the FEU official said.

Amb. Jessen told the THEPHILBIZNEWS that “every year, we at the EU Embassy would like to have a lot more exciting activities that would enhance camaraderie and appreciation of diverse EU cultures that the Filipinos will learn to love and experience right here in the Philippines.”