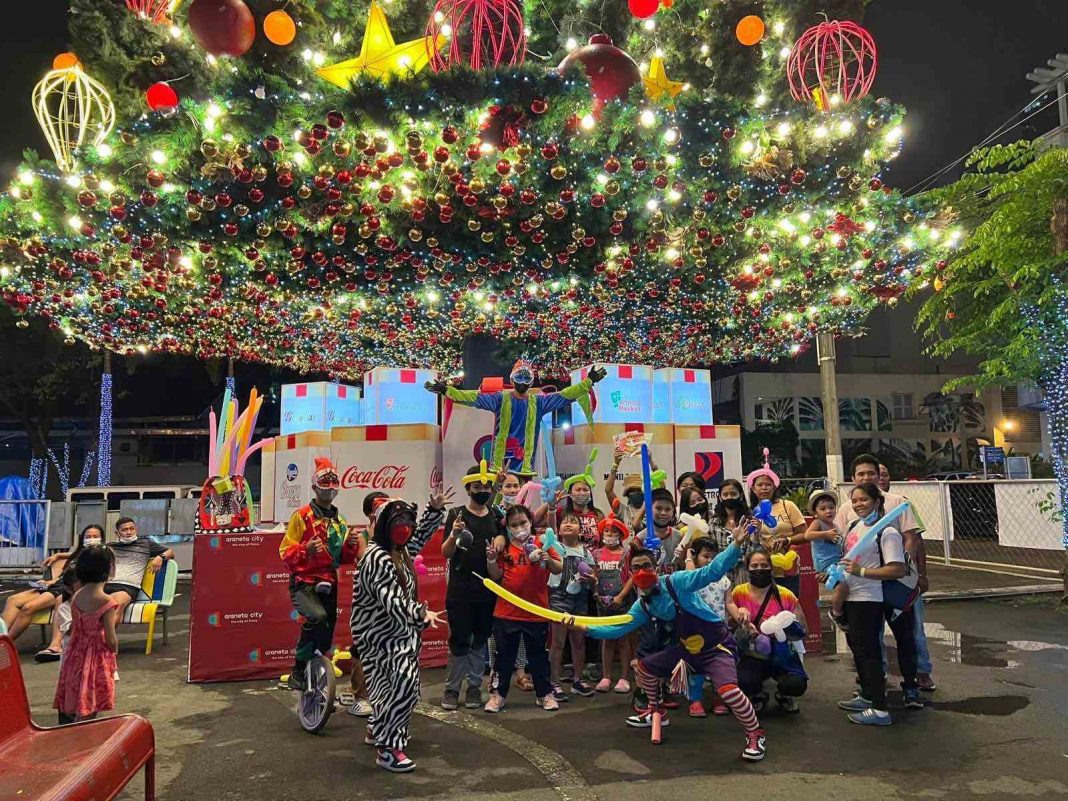 The Araneta Group, through its social responsibility arm J. Amado Araneta Foundation (JAAF), made the holiday season of its partner communities merrier through various programs that aimed to uplift the spirits of its chosen beneficiaries.

The children from JAAF’s beneficiaries – Bahay Kalinga, Gawad Kalinga – Munting Pamayanan, Laura Vicuna Foundation, Father’s House, and Saint Martin de Porres Center, Inc. – were treated to an exciting and fun-filled day at Araneta City as they enjoyed at the Mini Fiesta Carnival theme park and watched the Christmas On Display show. The beneficiaries had their dinner at Pizza Hut, and took home copies of SiningSaya activity book from Gateway Gallery.

As part of its yearly tradition, JAAF also spread holiday cheer to the agency personnel of Araneta City. The security, maintenance, parking attendants, ticket sellers, and other personnel from manpower agencies in the City were given gifts during the holiday season.

“It has been a good year for the Araneta Group. The people in the communities we have extended help to have been instrumental in where the group of companies is now. From JAAF and the Araneta Group, the outreach activities were our ways of saying ‘thank you’, ‘we are here’, and ‘you matter’,” Diane Romero, JAAF Executive Director, said.