‘The Reconciliation Dinner’ set to take the center stage 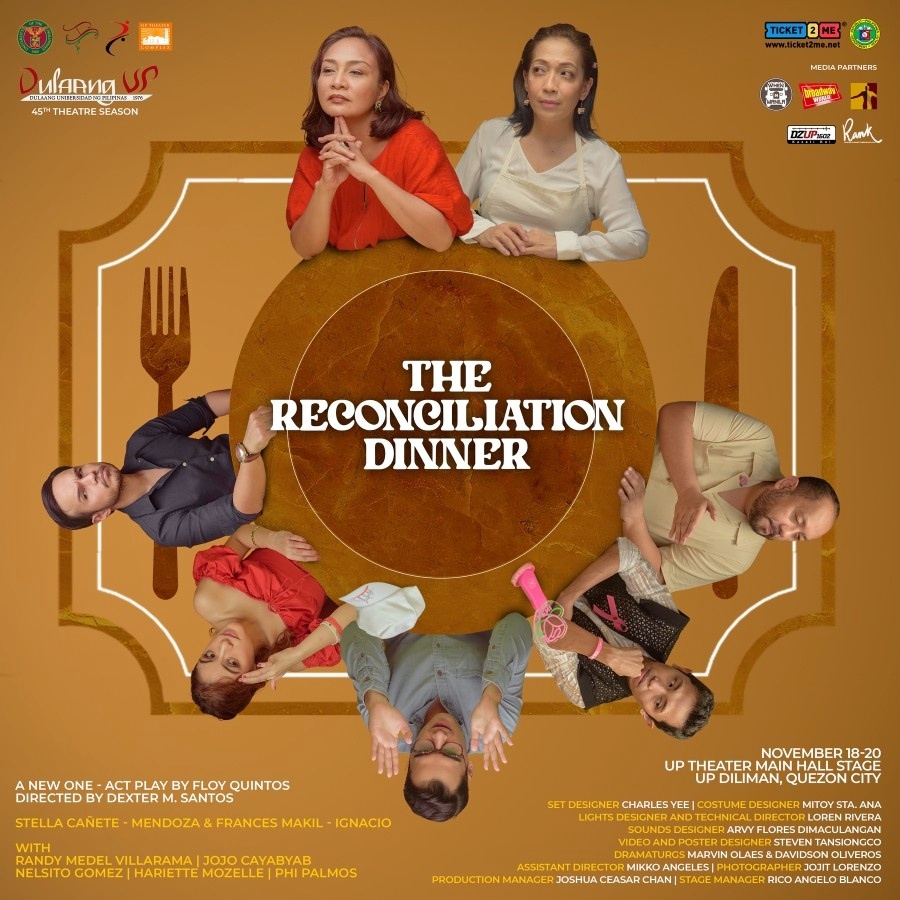 THE RECONCILIATION DINNER is a dark comedy about friends trying to heal unspoken hurts, suspicions, disbelief about the choices of those they thought they knew well. In light of the 2022 elections, how well do we really know those we hold dear? And how far are we willing to go to overlook the choices they make?

The production boasts a powerhouse ensemble of actors led by Stella Cañete-Mendoza and Frances Makil-Ignacio. They are joined by regulars in the Philippines theatre scene including Randy Medel Villarama, Jojo Cayabyab, Nelsito Gomez, Hariette Mozelle, and Phi Palmos.

THE RECONCILIATION DINNER is set to run from November 18 to 20 at the UP Theater Main Hall Stage, UP Diliman, Quezon City. Tickets are available via Ticket2Me (https://ticket2me.net/e/36022). The production will also have a limited video-on-demand release via Ticket2Me.

For ticket inquiries and sponsorship, you may email us at dulaangup.upd@up.edu.ph or message our Facebook Page: Dulaang Unibersidad ng Pilipinas (DUP Official Page).

Okada Manila reopens majestic and fabulous ‘The Fountain’, gears up for the holidays