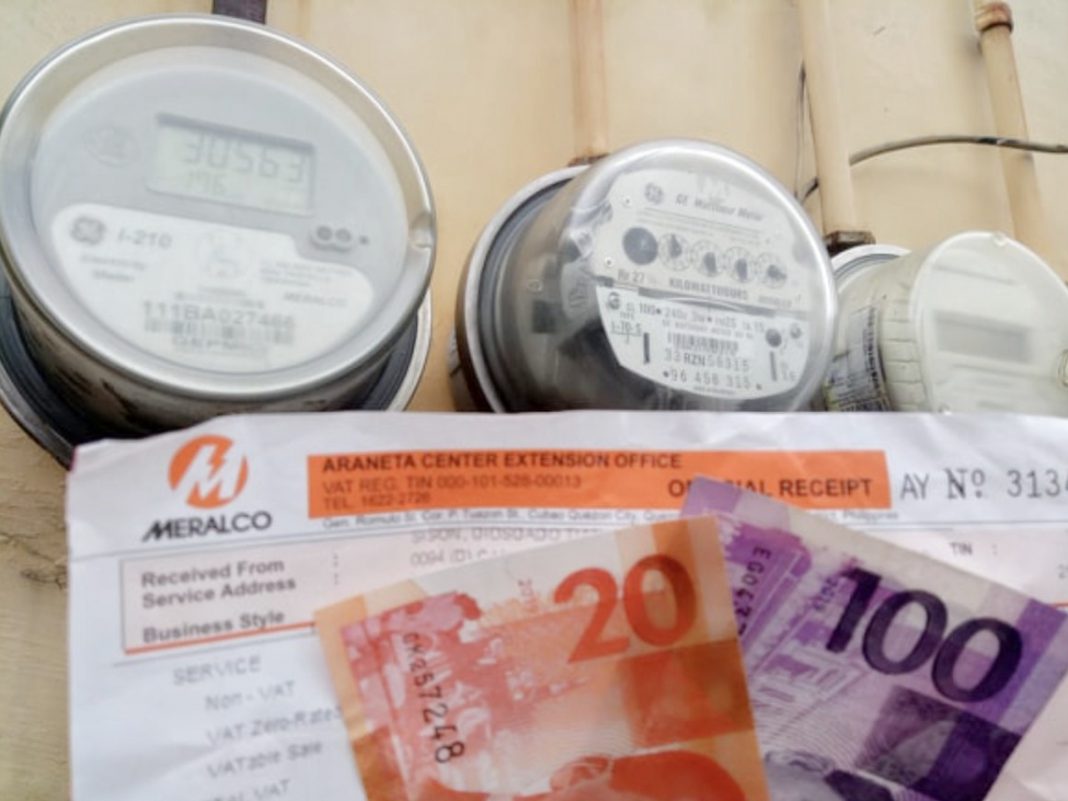 The Manila Electric Company (Meralco) announced today that overall rate for a typical household went down by P0.0746 per kWh to P9.7027 per kWh from last month’s P9.7773 per kWh. This is equivalent to a reduction of around P15 in the total bill of residential customers consuming 200 kWh.

Generation charge in January decreased by P0.1081 per kWh to P5.4262 per kWh from last month’s P5.5343 per kWh, on the back of lower costs from Power Supply Agreements (PSAs) and Independent Power Producers (IPPs) that more than offset the higher charges from the Wholesale Electricity Spot Market (WESM).

PSA and IPP rates registered reductions of P0.4375 and P0.0543 per kWh, respectively. The higher share of excess energy deliveries of AC Energy plants and lower coal prices contributed to the reductions.

PSAs and IPPs provided 46.5% and 41.3%% of Meralco’s energy requirement, respectively.

WESM charges, on the other hand, increased by P0.8511 per kWh brought about by higher average capacity on outage in the Luzon grid. Forced and planned outages of major power plants repeatedly triggered the secondary price cap, which was imposed on 16.96% of total trading intervals in the December supply month versus only 0.22% of the time in November. Damages from Typhoon Odette and the continued Malampaya gas supply restriction also contributed to the grid’s tight supply condition.

Movements in other charges

Transmission charge for residential customers increased by P0.0728 per kWh, mainly due to higher ancillary service charges. Meanwhile, taxes and other charges registered a net reduction of P0.0393 per kWh.

Collection of the Universal Charge-Environmental Charge amounting to P0.0025 per kWh remains suspended, as directed by the Energy Regulatory Commission (ERC).

Meralco’s distribution, supply, and metering charges have remained unchanged for 78 months, after registering reductions in July 2015.

Meralco’s continued implementation of the Distribution Rate True-Up refund which began in March 2021 continued to temper the overall movement of rates. The refund rate for residential customers is at P0.2761 per kWh and appears in customer bills as a line item called “Dist True-Up.

It can be recalled that the ERC provisionally approved Meralco’s proposal to refund around P13.9 billion over a period of 24 months or until the amount is fully refunded. This amount represented the difference between the Actual Weighted Average Tariff and the ERC-approved Interim Average Rate for distribution-related charges for the period July 2015 to November 2020. ###

WEnergy Global, Partners to power over 30,000 people in Palawan