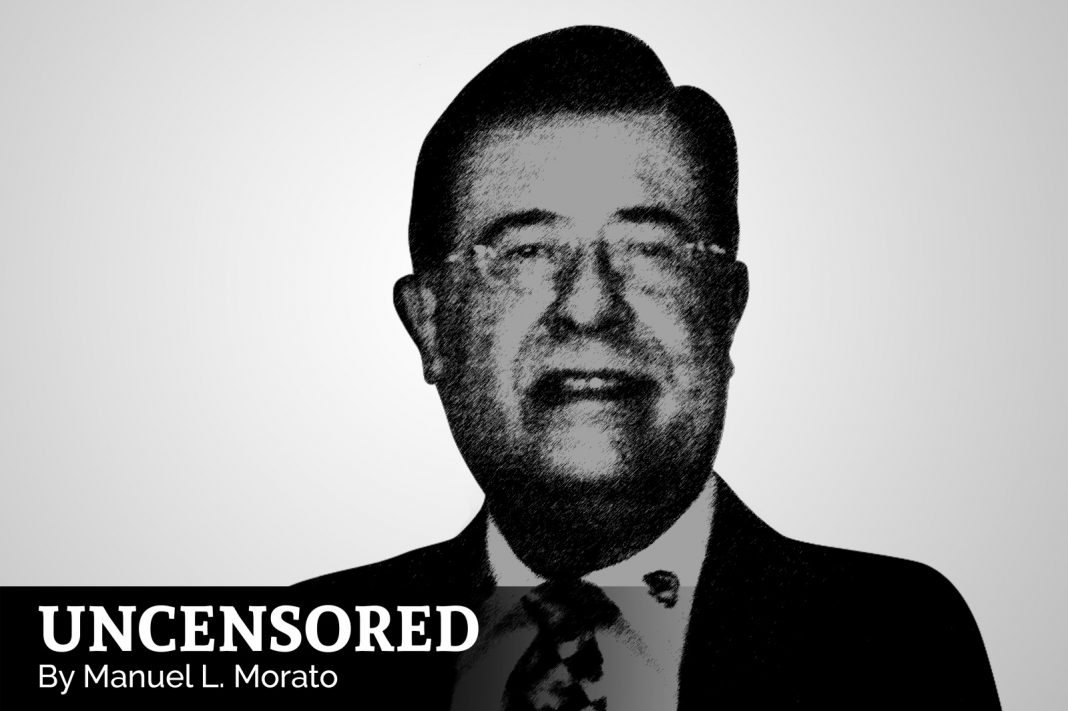 “E-Titles” have been the perfect vehicle for landgrabbers in Quezon City.

May I ask since when was this allowed?  I was told time and again that this titling of properties in Quezon City was allowed for the sake of those whose titles were burnt in the celebrated fire in the Quezon City Hall Building during the term of Jun Simon.

For example, President Marcos awarded the Veterans 10 thousand houses with no titles which was named “Veteran’s Village,” perhaps by Presidential Decree.  Napatitulohan ito ng mga landgrabbers.  The Veterans died with only their tag numbers.  They were considered as squatters.

I was told that that was the reason why the Lina Law was passed into law.  But as the saying goes: “Too late the heroes.”  Kawawa naman kasi public officials, no less, ang nakinabang, up to now, I was told in reaction to my column.  E-titles ang ginamit.

If it is any consolation for the aggrieved parties, we too suffered the same fate despite the fact that the property of my mother was fully and legitimately titled to her name.  Falsified document was presented with allegedly the thumb mark of my mother was enough for the Registry of Deeds to replace the original titles of my mother to Jose L. Morato with a little “push,” of course, of those in power who ended up owning the properties of my late mother.  The so-called Deed of Donation of my mother who passed away in 2002 was only transferred to Jose L. Morato’s name only in 2014, twelve years after the death of our mother.  Why did he keep it a secret from us?  We only discovered it in April 2018 that we do not own the property of our late mother anymore.  The demolition of the ancestral home followed; and there was no stopping, thereafter, up to now.

I was told with “E-titles,” so many properties ended up in the wrong hands.  Another disadvantage is the landgrabbers have been able to end up with so many lands whose legitimate owners X, for example, lost their original titles in the fire are now owned by landgrabber Z.  The landgrabbers took possession of the lands, excavated and dug holes as fast as possible and when the true owner tells them that the land belongs to them, kawawa ang tunay na may-ari at “ubusan ng pera” in the courts is the name of the game.  It happened to us, believe it or not.

Ang hamon ng landgrabbers ay: “Sige ipaglaban ninyo sa Korte.”  It’s an exercise in futility because the landgrabbers are the ones who have the money at ang labas, ubusan ng pera.  As everybody knows, some judges give in to you-know-who.  Siyempre loaded ng pera ang landgrabbers and some cases end up in “Amicable Settlement” or lose the case totally.  Siyempre ang kawawa ay ang tunay na may-ari na maiksi ang pisi, ika nga, and ends up in “amicable settlement” and the landgrabber end up “buying”; and the rightful owner end up “selling” the land, cheap.  It’s a dirty strategy that ends up losing the property or “selling” the land just to have peace of mind; to avoid 10 years or more in Court.  It’s like “selling” it na lang to avoid further expenses the owners can no longer afford after their pockets have been drained, financially – on the part of the legitimate owner.  It’s a very sad thing to happen to anyone.

What I am curious about is what I was told, that the Supreme Court has “not approved” the issuance of “E-Title” which the Quezon City Hall resorted to “reconstructing” all the titles burnt.  However, the issuance of E-Title favored the landgrabbers.  But it’s the only way to get a copy of the original title because the local government of Quezon City stopped the reconstitution of the titles based on the original copy in the hands of the true owners which they were doing in phases.  Kaya nga grabe ang landgrabbing sa Quezon City at pati properties of our late mother was landgrabbed by you know who; and not only my family, but those who have vast tracks of lands in Quezon City were either forced to sell out and/or harassed.

That’s how bad the situation is nationwide, based on the feedbacks I get from other parts of the country suffering the same as my sisters and I are suffering from, not only based on the issuance of E-Titles but corruption inside the Registry of Deeds mostly appointed by the past administration who yet have to be replaced.  This is the feedback I get from the different provinces.  Iloilo seems to be one of the most “disorderly.”

Note, Iloilo and other Visayan provinces are victims of said rampant corruption.  Families have been torn apart because of enormous corruption in the Register of Deeds.

Pero sa Quezon City tuloy-tuloy.  With what the texters said, the corruption continues and is being said that the reconstruction efforts of the titling up to its legitimate owners have been stopped.  Forcibly, the landgrabbers are the ones holding the E-Titles.  It happened to us.  The original titles of my mother issued by the Peoples Homesite in 1940 were quickly replaced by E-Titles without consulting us, heirs of my mother; based only on a thumb mark which needs to be proven that it was indeed the thumb mark of my mother.

It happened to us.  The three properties of my mother in her name, the original issued by the Peoples Homesite in 1939/1940 was replaced by those we sued in Court with E-Titles based on falsified documents.

If it is true that the Supreme Court has not decided, or rather has not rendered a decision on the issuance of “E-Titles,” please consider the aforementioned points I have expressed herein for reconsideration.

It is a fact that the owners of properties are in possession of an original copy of the title of their property, allegedly burnt in the Quezon City fire.  It is a matter of submitting a xerox copy of their original titles and for the Register of Deeds to issue an original certificate of title as they started to do after the fire.  In that way, our property owners are assured that no falsified “deeds of sale” or by whatever tricks the landgrabbers may have can possibly replace the true owners of the properties for the best proof is the copy of the original title.  What was burnt in the Quezon City Hall was one of the originals.  I held on to an original which is mortgaged in the bank and I gave my mother an original copy for safekeeping.  That was stolen together with all the other important records.

All records were stolen by JLM upon the death of my mother.

He was born in 1948 and he does not know anything about the history of my family.  But he lies in pretending that he knows everything.  Tell that to the marines!!!