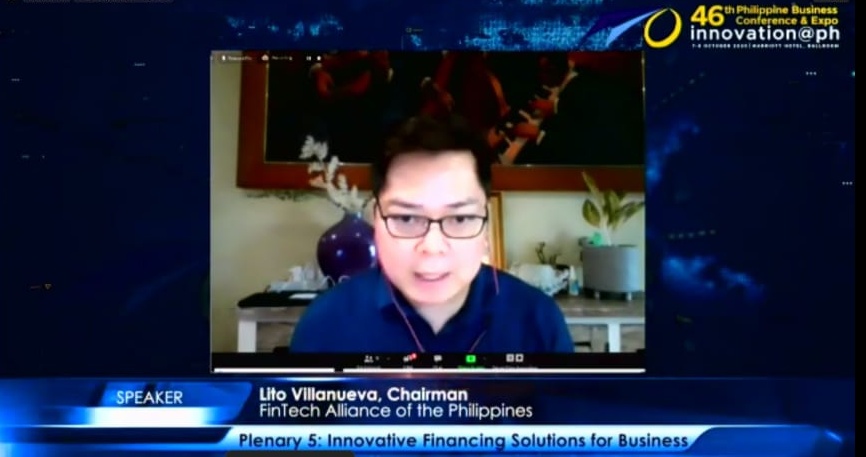 2020 is the most difficult year in our lifetime yet.  Amidst the maelstrom of this health crisis, a new global order emerged.

The fintech industry found itself in the forefront as people navigate this new way of life. Industry players worked double time to thrive and survive. Primary is to ease the Filipinos’ quick migration and adoption to digital.

Digital payments technology has been in existence as early as 15 years ago. In fact, the Philippines pioneered it globally. But it was only during this health crisis that it has reached a critical mass. Mobile phones’ proliferation triggered this evolution of social behavior. This came with the emergence of e-commerce growing at a rate of 32 percent. About three years ago, online businesses mushroomed. Now, it is experiencing exponential growth. We have seen an era of apps surplus globally with over four million. And more to come. Catering to all sorts of conceivable human interface.

Government’s social amelioration digital disbursements was one of the highlights this year. Scaling electronic transactions across segments will result in achieving a digital economy. Limited mobility and less physical interaction are primary to pushing digital. Even post-COVID, digital would see more traction.

The Bangko Sentral ng Pilipinas (BSP) released a record number of enabling regulations. This has been an unprecedented move to realize its twin goals. One is shifting 50 percent of financial transactions to digital. And the other is moving 70 percent of adult Filipinos to formal financial system.

The FinTech Alliance has remained a thought leader in the industry.  It has submitted several position papers to regulators BSP, SEC and NPC, and Congress. It covered subjects on various pieces of legislations and draft regulations. These include digital tax, Bayanihan Acts 1 and 2, and interest capping, among others. It also covered topics on green finance and loan payment moratorium. And issues on personal data processing for loan-related transactions. This includes supporting government’s push for the full implementation of the national ID.

With the growing digital adoption, it is crucial to ensure its security and the users. Massive cybersecurity awareness amongst consumers has been a primary thrust.

Unlocking the potential of green finance technologies will be a 2021 priority. Well aligned with the Paris Agreement and the Sustainable Development Goals (SDG). It will also play a big role in the collection of climate-related data. As there is a need to quantify the cost of climate-related risks. Climate change will be top of our agenda. We have seen a series of typhoons with severe flooding in the country. And this has reached an alarming state. Reducing carbon footprint must be a universal commitment amongst industry players.

The Alliance was among the signatories of the manifesto for shared prosperity. This initiative was with 25 Philippine Business Groups. It is a collective long-term aspiration amongst Filipinos on what they want for themselves, and for the country in the next 25 years. It is the result of a long-term visioning process that began in 2015. This was in collaboration with the National Economic Development Authority (NEDA).  and an advisory committee composed of government, private sector, academe and civil society.

About the author: Lito Villanueva is the founding chairman of the FinTech Alliance.ph. He is the Executive Vice President & Chief Innovation & Inclusion Officer of RCBC and concurrently the Chief Digital Transformation Advisor for Yuchengco Group of Companies. He is also the A prime mover in the Philippine fintech industry with over 60 global and regional accolades for trailblazing digital innovations. Labeled as the “Mr. FinTech of the Philippines” by BizNews Asia and named among the Top 100 Fintech Leaders in Asia, the first and only Filipino, thus far.

LIFE MATTERS: Reflection on the Real Presence of Jesus in the Eucharist