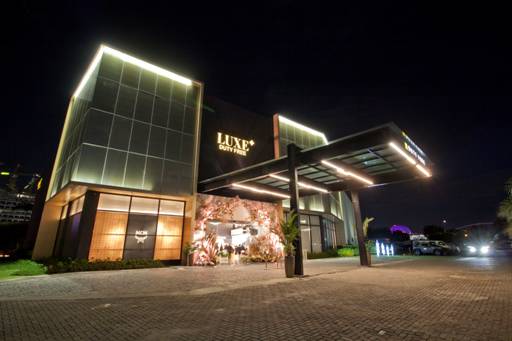 From a sales growth of +2 percent in 2018, Duty Free Philippines ended 2019 with a bang as it doubled its year-on-year sales growth to +4 percent.

In the statement sent by Duty Free Philippines, Vicente Pelagio A. Angala, DFS Chief Operating Officer attributed the growth in the recently concluded Southeast Asian Games that the Philippine hosted as well as the opening of the Duty Free Luxe that is strategically located at the SM Mall of Asia Complex in Pasay City.

“These two factors have significantly contributed to the growth sales of Duty Free Philippines,” Angala said.

Apart from that, the continuous influx of tourists that come to the Philippines and also visiting the newly-rehabilitated Boracay Island via Kalibo Airport has been beneficial to DFPC sales.

Confectionery is still the major growth driver, with 31 percent share of the total sales, followed by liquor (21 percent), fragrance and cosmetics (18 percent), and fashion merchandise (10 percent).

DFPC has met a number of significant milestones last year including the opening of “Go Lokal’s” Marahuyo in November.

“In line with the directive of Department of Tourism (DOT) Secretary Bernadette Romulo-Puyat and in partnership with the Department of Trade and Industry (DTI), we have augmented our product portfolio which now includes more local artisans,” the COO of Duty Free Philippines added.

The initial collection featured at Marahuyo shows the country’s creativity as the pieces are distinctly Filipino.

​With the agency’s strong commitment to giving top local products a global audience, DFPC was recognized as “Highly Commended CSR Initiative of the Year “at the 2019 Frontier Awards in Cannes, France for supporting The Micro Small & Medium Enterprises (MSMEs).

“We have always recognized the vital role that we play in making the Philippines a globally recognized quality destination. To realize that vision, we have officially launched Duty Free Luxe. It is a downtown store that will put the Philippines as a top-of-mind shopping destination to boost the country’s shopping tourism,” said Angala.

DFPC has expanded the list of exclusive brands that it carries which now includes – Gucci Beauty, Armani Beauty, Hogan, and MCM.

In 2019, DFPC has also embarked on the long-awaited renovation of the Fiestamall and NAIA Terminal 1 Arrival stores.

“Before the end of 2019, we have unveiled the newly-renovated Fiestamall. The elegant and more functional design will welcome customers particularly the remodeled food court, building facade, Customer Relations Registration lobby, and tourist lounge,” Angala added.

DFPC is expected to maintain the momentum in 2020 with the opening of Duty Free store at the Hilton Sun Valley Resort inside Clark Freeport Zone by the first quarter of this year.

DFPC is the country’s sole operator of the duty-and tax-free merchandising system. As a Government Corporation, it is a vital component of the DOT as it contributes to the efforts in the development of the country’s tourism infrastructure, programs, and projects through revenue remittances.