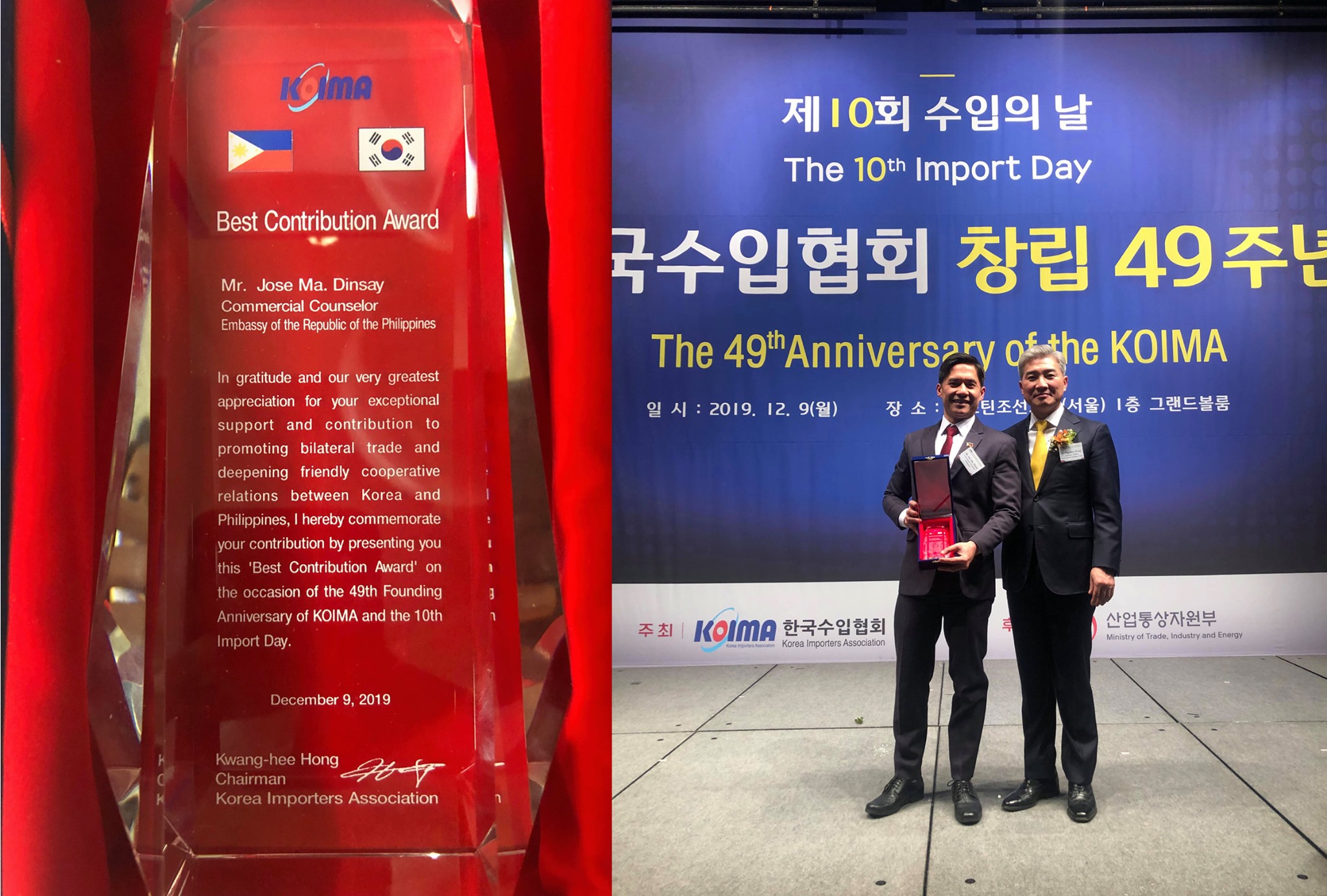 The Best Contribution Award which was given by KOIMA’s Chairman Kwang-hee Hong to Mr. Dinsay for his valuable activities and programs that strengthen the trade relationship between Philippines and Korea.

KOIMA has strong 8,500 members who are specialists in their respective business fields including endeavors to advance and promote its members’ interest. The association performs various activities which eventually contribute to the strengthen trade relations with other countries.

With 70 years diplomatic relationship between Korea and the Philippines, Trade Counselor Dinsay speaking to THEPHILBIZNEWS said, “We will continue to strengthen our economic relations with Korea by facilitating more business activities between Philippine and Korean companies”

The Philippines also participated at the Import Goods Fair organized by KOIMA which facilitated B2B meetings between Philippine exporters and Korean Importers.

The Korea Importers Association (KOIMA) is the only private organization exclusively dedicated to facilitating imports into the country to develop its industry.