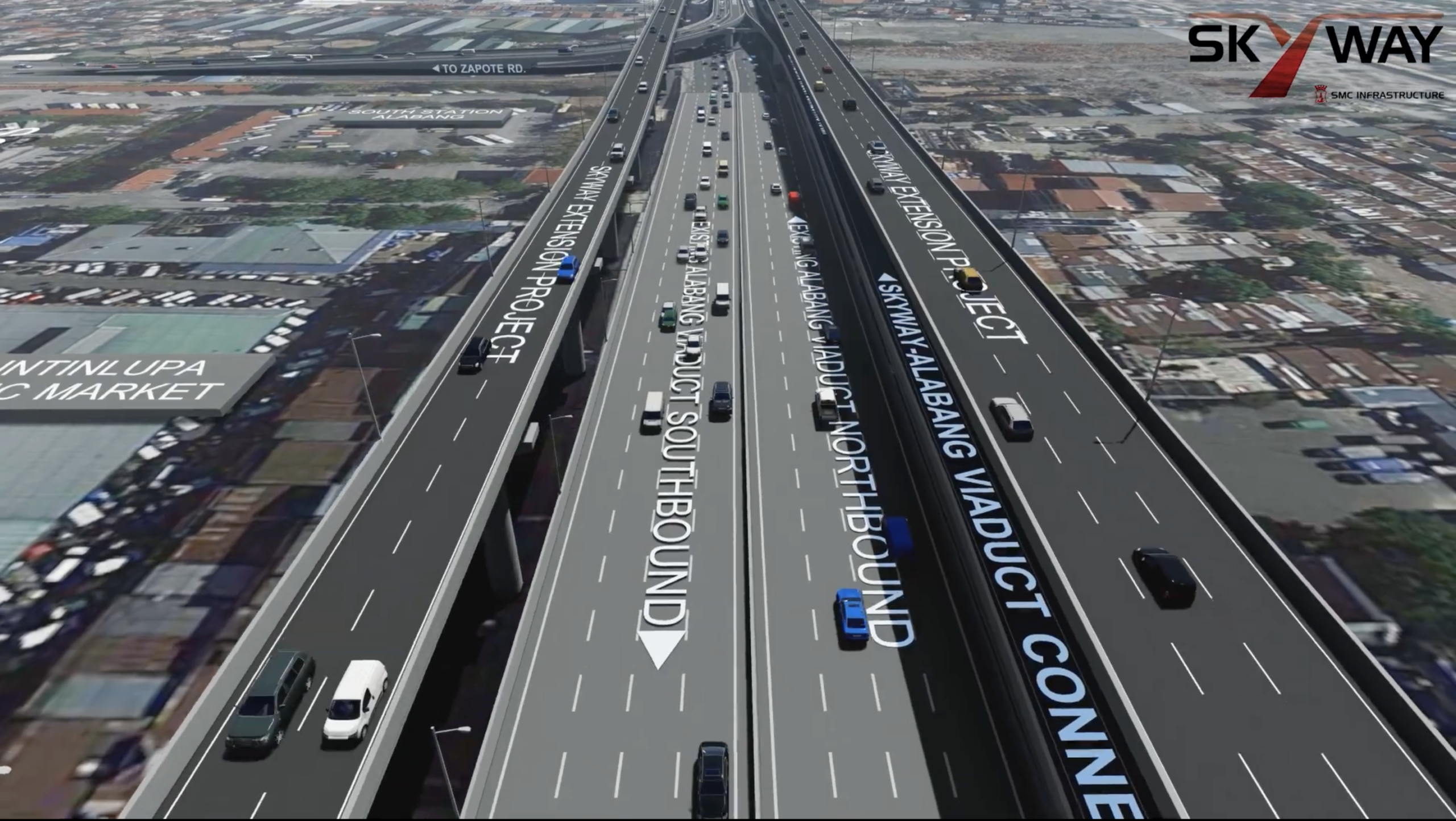 The target date of December 1 opening of a new, two-lane Alabang-Skyway ramp, and the reopening of a third lane at the at-grade section to ease up the traffic went ahead of the schedule.

“Given the tight timetable we had to implement major engineering and construction works, we could not have completed the new ramp and the initial phase of construction for the Skyway Extension, without the “bayanihan” spirit demonstrated by the team of President Rodrigo Duterte, led by the Department of Public Works and Highways (DPWH) and the Department of Transportation (DoTR),” Ang said.

“Recognizing both the importance of the project and addressing the current traffic situation, the DPWH, through Secretary Mark Villar, lent us much-needed resources, including bridge construction materials, to ensure that the new ramp will be built in time,” he added.

The ramp is part of preliminary works for the Skyway Extension project, a P10 billion initiative by SMC to ease traffic on the South Luzon Expressway (SLEX), by giving motorists access to the Skyway from Susana Heights and the Muntinlupa-Cavite Expressway (MCX).

“With the new ramp and the reopening of the third at-grade lane, northbound traffic will now have up to five lanes during rush hours. This is already a big improvement from what we had prior to the start of construction, which was just three lanes on the Alabang viaduct and Skyway at-grade,” Ang said.

“With this, we expect the current traffic situation to improve, even as we continue construction of the Skyway Extension, which is set for completion by 2020,” he added.

Team work made it happen

“Apart from the DPWH, the DOTR, under Sec. Art Tugade, and the local government of Muntinlupa, led by Mayor Jaime Fresnedi and the Council, were also a big help,” Ang said.

“Whatever help we needed, they were there to extend support. Because of their collective efforts and teamwork, we were able to complete all the work that was needed to ease the current traffic situation and lay the groundwork for the Skyway Extension,” he added.

Before the start of construction in late September, average daily traffic on the SLEX would stretch to anywhere between three to 12 kilometers–with much longer jams occurring whenever there were vehicular breakdowns or accidents.

Traffic volume growth was attributed primarily to the tremendous growth in population and economic activity in Muntinlupa, Cavite, Laguna, and Batangas.

The narrowing from five lanes to three lanes at the SLEX-Alabang viaduct area, a design flaw inherited by SMC from the previous concessionaire, was also a major cause of daily traffic.

It is what the company hopes to correct with the Skyway Extension project. Once complete, it provide motorists five lanes northbound and five lanes southbound, and the option to bypass the Alabang viaduct.

Ang added that the DPWH and DoTR have also worked in tandem to make possible the completion by April next year of a much larger undertaking: the Skyway Stage 3 project.

“Because of Sec. Villar and Sec. Tugade, many of the right-of-way issues that were holding back Skyway Stage 3 for years were immediately solved, including those involving Manila Water, Maynilad, Meralco, and others. This was a major achievement that we are deeply grateful for.”

Ang added that Sec. Villar personally made possible the extension of Skyway 3 from A. Bonifacio all the way to the NLEX Balintawak toll plaza.

“This just goes to show that when we—the private sector, government, and the public—cooperate and work together to achieve a common goal, there is nothing that we Filipinos cannot do,” Ang said.