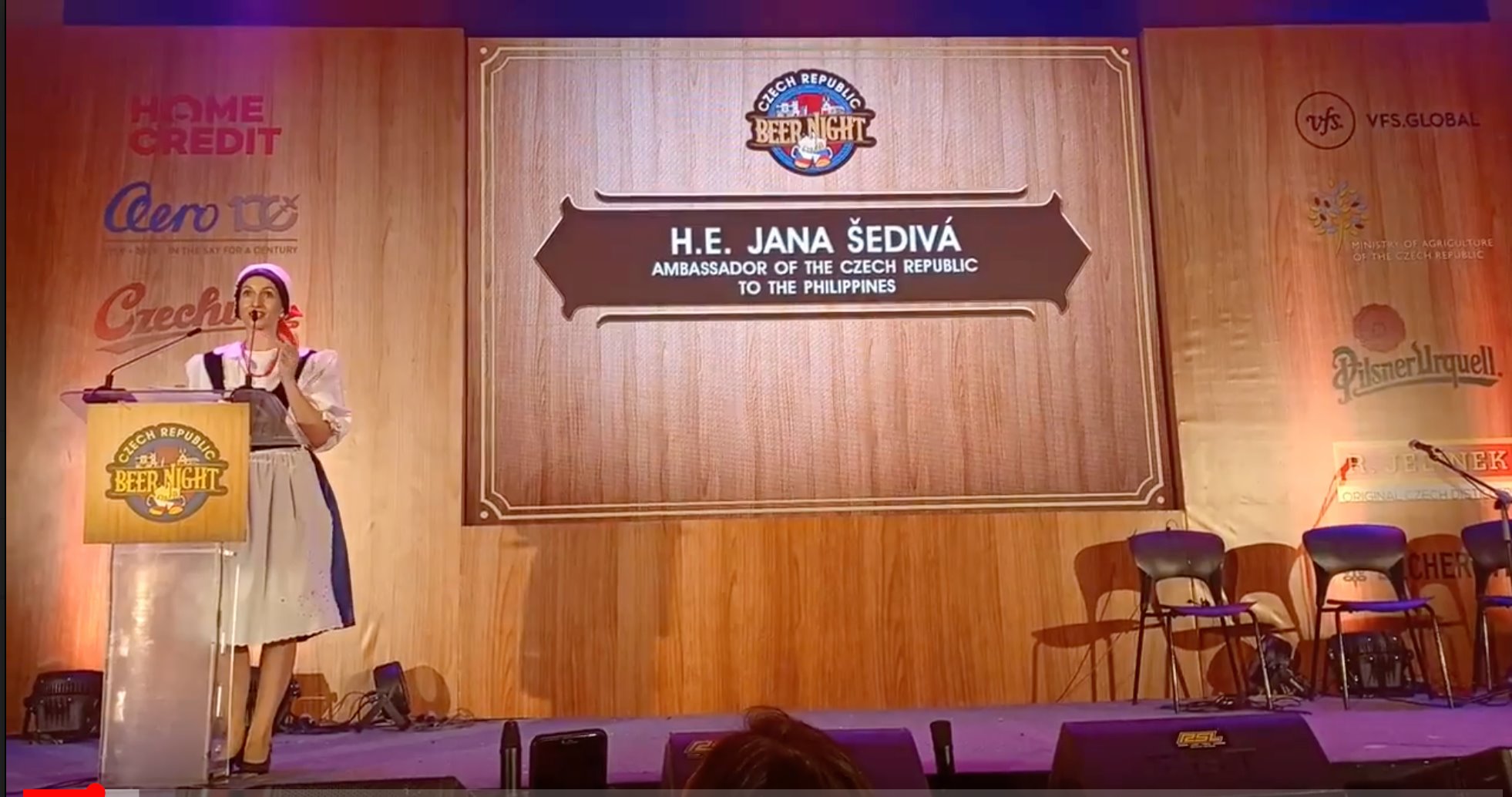 As Czech Republic celebrated its National Day and the 30th Anniversary of the Velvet Revolution, the Czech Embassy in Manila introduced the country’s first ever beer night last November 16 at the Whitespace Manila, Makati City.

Guests who joined the celebration in the historical event under the auspices of the Czech Embassy Manila were treated with the real Czech experience and hospitality. From music, food, and overflowing beer from Czech as well as other liquors from Czech Republic that are internationally popular and recognized drinks.

It was an opportune time for Czech to brandish their original golden lager, Pilsner Urquell, state owned brewery beer, Czechvar, and Velkopopovický Kozel. Apart from these two famous beer companies, Whisky Trebitsch, Rudolf Jelínek, and Becherovka also shared the joy of celebration of the event with their finest Czech drinks.

Czech Ambassador to the Philippines Jana Šedivá said in her speech, “Tonight, as we celebrate the important history commemorated in this event, it is fitting that we also share to all of you, dear friends and partners, a century old tradition of the Czech Republic of which we are very proud of – Beer Making. Though, we will not be making beers tonight, we would like to give you the taste of high-quality beers and liquors from the Czech Republic”.

The Czech Republic has always been tagged as the home of the original golden lager, Pilsner Urquell, and the original Czechvar.

Also showcased was Czech’s agricultural tractor from the famous Zetor Tractors a.s. which was a head turner for its ergonomic and tough design that would surely be a perfect partners of the farmers.

To the delight of the guests, Ambassador Šedivá brought in the Czech traditional music trio group called Jindra Kelíšek Band (also known as Tram Tram Band) to provide all night entertainment to the guests by playing their colorful tradition of the Czech Republic.

Guests stayed up till the last part of the program as they all wanted to win the generous prizes during the raffle draw. Lucky guests who won exciting prizes including Czech crystal crafts, glass display of the famous Sto. Niño de Praga, and beer packages.

Apart from the alcoholic drinks companies who joined the celebration, there were four other generous sponsors namely, Home Credit Philippines, VFS Global, AERO Vodochody AEROSPACE, and Ministry of Agriculture of the Czech Republic, paved the way for the Czech Embassy in Manila in organizing the said event.

Secretary Locsin congratulated the Czech Republic for their National Day celebration, delivered his impromptu speech and offered a ceremonial toast to Ambassador Šedivá.

Other representatives from the Philippine government were Transportation Undersecretary Ruben Reinoso Jr. and Trade and Industry Assistant Secretary Angelo Taningco.

Interestingly, the Czech Republic and the Philippines signed the Economic Cooperation Agreement (ECA) in July 31, 2017, which further advanced the economic ties between the two countries. The ECA encouraged bilateral trade and cooperation in different sectors such as manufacturing, banking, agricultural, water treatment, transportation, and energy.

Dubbed as one of the most fun and largest event of the year, the Czech beer festival is the first-ever purely Czech celebration in the country and part of the series of events by the Czech Embassy in Manila in promoting Czech companies, culture, traditions, and historical milestones.