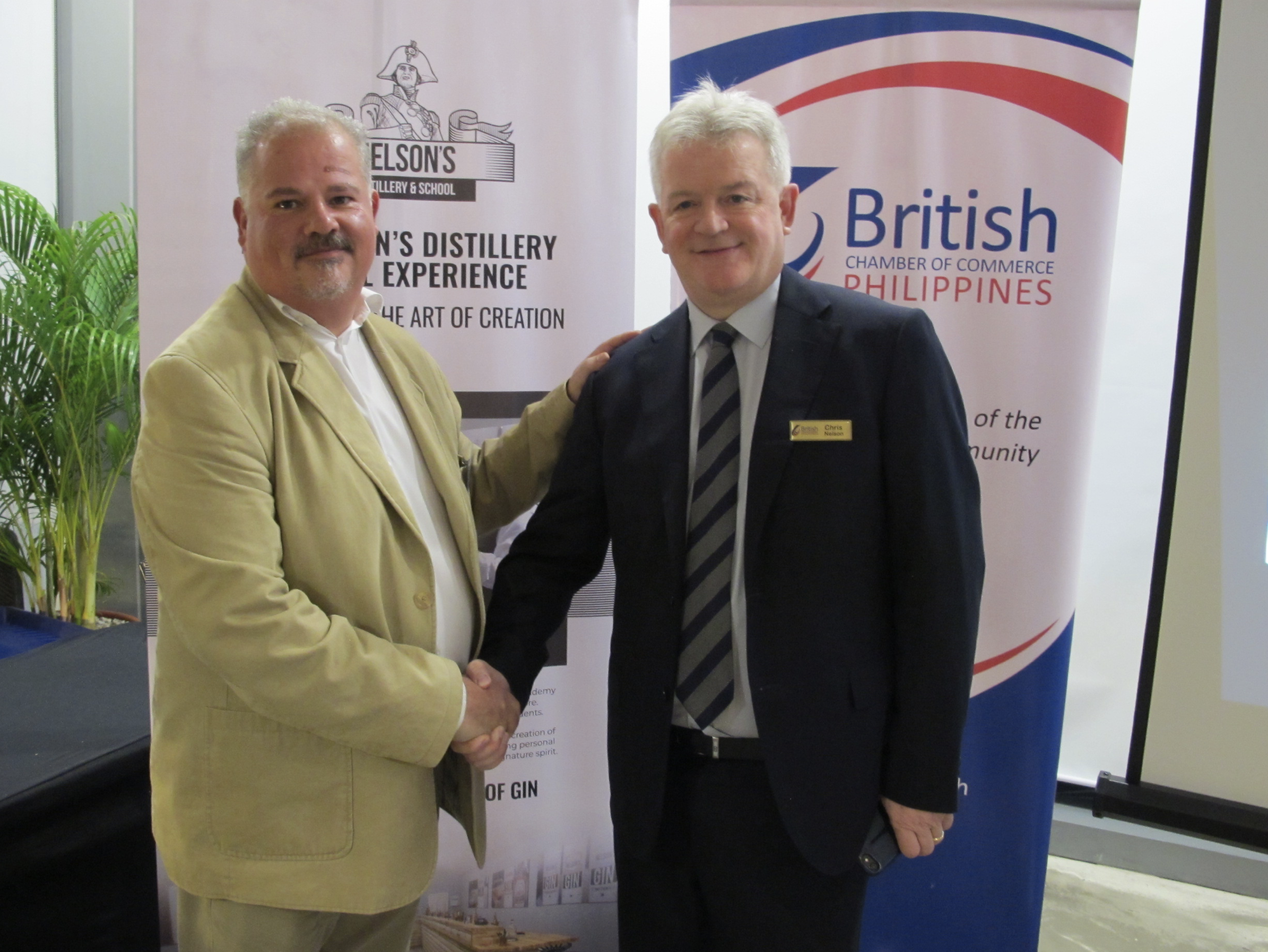 Speaking to the THEPHILBIZNEWS, British Chamber of Commerce Philippines Executive Director Chris Nelson said that the visit of Master Distiller Mr. Harrison is an indication that British brands are really keen to venture in the Philippines. Nelson’s Gin being one of the British companies that is very bullish in the Philippine market.

Taking advantage of the presence of Mr. Harrison, the BritCham Philippines faciitated the brief presentation about how the Nelson’s Gin started, and followed by a tasting session of their selection of gins and rum.

Also introduced were other varieties of the best-selling Rhubarb and Custard Gin, Timur Gin, which is made with timur pepper, a Nepalese variety of the Sichuan pepper with a citrusy grapefruit flavor along with the Winter Special edition gin and Nelson’s Rum.

Guests did not just learn something about the unique process of Nelson’s Gin but was also given the opportunity to enjoy the award winning spirits via gin tasting night last November 13 at SPACES, World Plaza.

The British Chamber of Commerce Philippines assured the Nelson’s Gin team in Manila of the Chamber’s support by promoting and organizing activities in support of British brand like Nelson’s Gin given that it has started to venture into the Philippine market and looks forward to expanding their business in the Philippines.

Just to Stop the Collection of Your Tax Liabilities