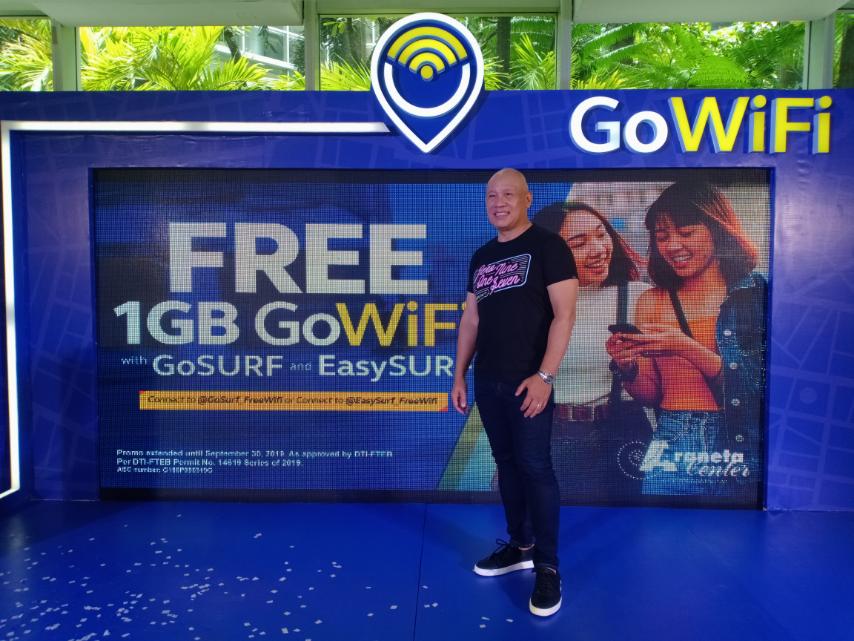 With the sustained growing demand for data and related products and services, Globe posted a P17.7 billion profit in the third quarter of 2019.

The first nine months of the year, mobile revenues posted P83.0 billion or up 13%, compared with P73.7 billion reported in the same period of 2018.

Mobile revenues remained the top contributor with 75% of the total service revenues led by the Company’s Prepaid brands. Total mobile subscriber base grow by 5% from last quarter with now at 97.4 million.

“We are happy that the sustained topline and profit growths we have achieved over the past three quarters have positioned us well as we head into the fourth quarter. We are likewise excited that, as we gear up for the roll out of our At Home Air Fiber 5G service, we are shaping the future of the nation and solidifying our leadership role in providing fast and reliable internet in the markets we serve,” Globe Telecom President and Chief Executive Officer Ernest L. Cu said in a statement.

From a product perspective, mobile data revenues totaled P52.2 billion in the first nine months of 2019. This was propelled by a combination of Globe’s compelling data bundles, better network coverage, improved smartphone affordability and the growing number of subscribers who engage on social networks, stream videos and music content as well as gaming.

Interestingly, the mobile data now accounts for 63% of mobile revenues
from 49% a year ago. Mobile data traffic likewise improved from 641 petabytes in same period of 2018 to 1,200 petabytes this period as the strong and continued growth in consumer’s appetite for data increase.

Meanwhile, the mobile voice and mobile SMS revenues for the period ended at P18.5 billion and P12.3 billion, lower year-on-year by 15% and 22%, respectively, as usage continues to shift from traditional to data-based services.

For Globe’s home broadband revenues grew 19% year-on-year to reach P16.1 billion this period, powered by the 40% subscriber expansion in fixed wireless solutions. This was likewise boosted by the increasing popularity of Home Prepaid Wi-Fi and Globe’s compelling broadband bundles and plans that allow its customers to access and stream the best local and international content. Total home broadband subscriber base now stands at over 1.9 million, up 24% from a year ago. As Globe gears up for the roll out of its At Home Air Fiber 5G service, the Company is well-positioned to sign up more high-value broadband customers moving forward.

With Globe’s continued commitment to improve the state of internet in the Philippines, the Company spent a total of nearly P32.0 billion as of the first nine months of 2019 to enhance its network’s data capacities and capabilities. Capex allocation for data-related requirements remained high at 75% of the total expenditures for the period. These investments have already begun to bear fruit as evidenced in the latest results of 3rd party network quality test providers, which show significant improvements in Globe’s mobile performance metrics.

While Globe’s profit is up by 17%, it will continue to reinvest in the network and is currently on track to reach capital expenditure commitments of $1.2Bn by the end of 2019 to ensure that it is proportionate to the growing demand of the customers vis-a-vis with Globe’s networks data capacities and capabilities.

With this 3Q2019 financial performance of Globe, the Globe CEO believes that this is pivotal their sustained growth towards the fourth quarter.

President Duterte to abide with the rule of law on Trillanes