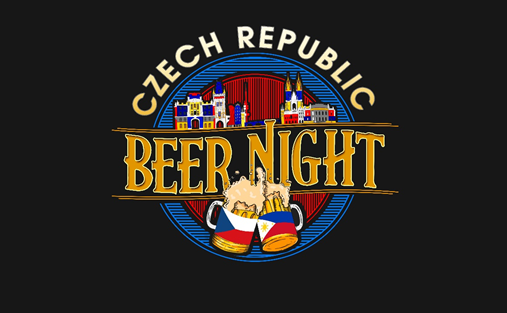 As Czech Republic commemorates its Independent State Day and National Day of Freedom and also the 30th Anniversary of the Velvet Revolution, Czech Embassy in Manila organizes its biggest event for the year — “Czech Beer Night”.

The “Czech Beer Night” celebration is the first of its kind and this would provide opportunity for the people to know more about the Czech’s unique culture and their century-old tradition of beer making and beer drinking.

At least 500 guests are expected to join the Czech Republic National Day celebration from the diplomatic corps, government, businesses, and other partners of the embassy who are expected to attend.

Guest will be welcomed with the famous Czech drinks and liquor namely Czechvar, Pilsner Urquell, Velkopopovický Kozel, Whisky Trebitsch, Rudolf Jelínek, and Becherovka which they can enjoy all night long.

Another highlight of the celebration is the entertainment to be provided by the Tram Tram Band which the Embassy also flew in from the Czech Republic.

The band will provide entertainment to the guests with traditional music that is sure to bring the vibes of the early 20th century Prague straight to the Philippines. Apart from this performance, the audience can expect to see the band in other places particularly in Brotzeit Taguig, Ateneo de Manila University, and at British School Manila during their weeklong visit in the Philippines.

Other than the liquors and food, the Czech Republic Beer Night will also feature an exhibit from Zetor, a well-known Czech brand for agricultural tractors that is now distributed in the Philippine market, and will be giving away raffle prices that includes Czech crystal, another popular product from this Central European country.

The Czech National Day of Independent State is commemorated every 28th day of October when then Czechoslovakia gained independence in 1918. Similarly, the Czech Embassy will also commemorate the 30th year of the Velvet Revolution, a peaceful revolution led by the students that occurred in November 17, 1989 and eventually transformed totalitarian Czech Republic into a democratic state which is from then on being commemorated as National Day of Freedom and Democracy.

In the statement sent by the Czech Embassy Manila, Her Excellency Czech Ambassador Jana Šediva said, “This being my first National Day celebration as Ambassador of the Czech Republic to the Philippines, we opted to deviate from the usual conduct and celebrate it in a unique way involving many facets of Czech relations to the Philippines. Aside from commemorating significant events in the history of the Czech Republic, we hope to express our sincerest gratitude for our guests and partners who had been with us throughout the year by immersing them with bits of what they could enjoy in the Czech Republic through the many tradition we will bring on the Czech Beer Night”.

The Czech Embassy would like to thank the generous partners and sponsors who made the event possible like Home Credit Philippines, VFS Global, Pilsner Urquell, Czechvar, Velkopopovický Kozel, Becherovka, Rudolf Jelinek, Whisky Trebitsch, Aero Vodochody Aerospace, and the Ministry of Agriculture of the Czech Republic.

Then on November 18, Monday, the Embassy of the Czech Republic in cooperation with The European Studies Program and The Department of History of the Ateneo De Manila, to commemorate the 30th year of the Velvet Revolution to be held at Zalamea Lobby, Areté, Ateneo de Manila University.

An almuerzo at El Botín