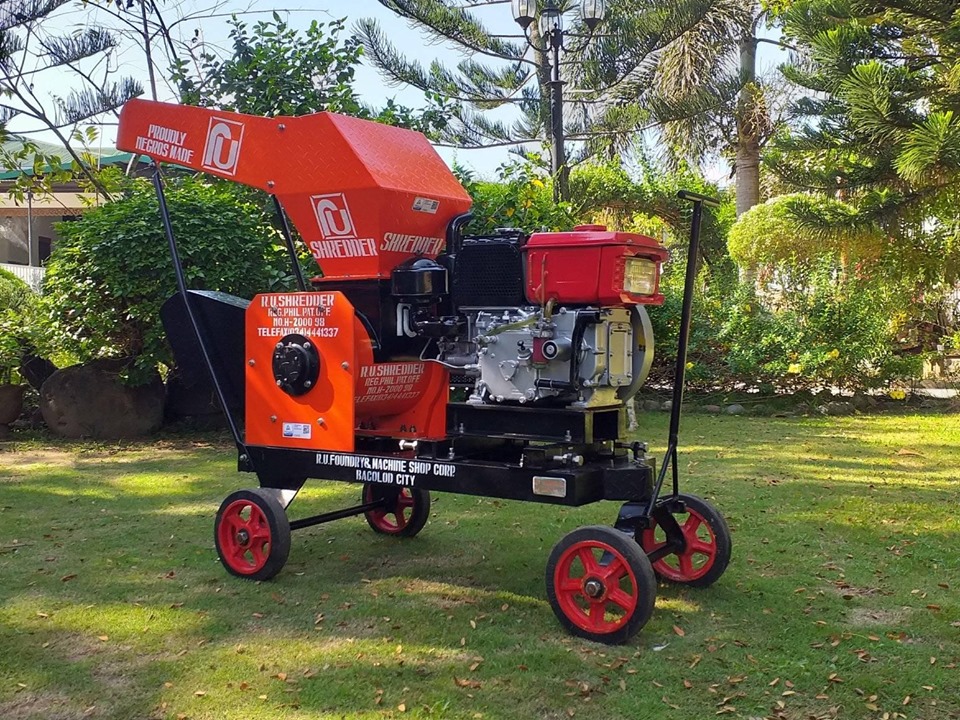 The locally-produced diesel engine is shown here mounted on a shredder at the opening of the Regional Science and Technology Week (RSTW-Region VI) and Regional Invention Contest and Exhibits (RICE) at the Iloilo Convention Center last Monday. (Photo by J.P. Yap/THEPHILBIZNEWS)

The ingenuity of Filipinos was vividly demonstrated in Iloilo City this week at the unveiling of the “first-ever” diesel engine to be fabricated and manufactured in the Philippines.

The presentation was made last Monday, October 21, at the opening of the Regional Science and Technology Week (RSTW-Region VI) and Regional Invention Contest and Exhibits (RICE) which runs until October 25 at the Iloilo Convention Center.

The country’s “first” locally-made diesel engine is a 12-horsepower single-cylinder type, which is claimed to be strong and reliable enough for use on different agricultural machinery.

The engine is expected to be utilized to provide the required power to propel and/or operate different agricultural machinery and equipment, which can hasten the implementation of the government’s Farm Mechanization Program.

It is indeed that the engine is the output of the ingenuity of the Filipinos which can directly benefit the Filipino farmers.

Initially, the locally-produced diesel engine was mounted on the RU Shredder which is manufactured by the RUFMSC in order to test and evaluate the motor’s capacity, endurance, and power output.

It can be noted that the MIRDC, an agency of the DOST, is the only government entity which is directly supporting the metals and engineering industry in the country with services designed to enhance its competitive advantage.

While the SFMC is an advanced metal casting plant designed to produce world-class products with materials ranging from ferrous to non-ferrous alloys, which aims to serve the casting needs of the cement, mining, construction, sugar industries, aggregates, transportation, automotive, and other allied industries through its line and jobbing capabilities.

On the other hand, RUFMSC caters to the casting, machining, and fabricating demands and requirements of the sugar industry, cement/mining factories, as well as agro-industrial companies in the Philippines.

RUFMSC’s flagship product is the RU Shredder which is a versatile agricultural and industrial equipment specifically designed to accelerate and hasten the decomposition of organic waste, greens, and other biodegradable materials.

To have facilities in the country which can produce locally-made engines can be advantageous to the local economy, including the opportunity to help generate employment for Filipinos.

The realization to produce the “first-ever” diesel engine was a product of cooperation led by the leading manufacturers in the country, where the MIRDC tapped the resources of the SFMC, in collaboration with the RUFMSC.

Majority of the parts used to manufacture the engine were sourced from local manufacturers, and only few came from abroad.

But the MIRDC emphasized that all the parts and components needed to produce an engine will soon be manufactured locally.

Meanwhile, the Central Philippines State University (CPSU) President Aladino C. Moraca has signified his intention to conduct further research and testing of the “first-ever” diesel engine produced in the country.

Following the unveiling ceremonies in Iloilo City, Moraca readily accepted the challenge to subject the diesel engine to different tests and actual observations to ascertain its performance, durability, endurance, and reliability, among others.

He also assured that a reliable and transparent testing and analyses will be conducted at the main campus of the CPSU in Barangay Camingauan, Kabankalan City, where engineering experts together with engineering students of the state university will have a hand and rare opportunity of fine-tuning the country’s first locally-produced diesel engine.

IMPAKABSAT Regional Trade Fair brings the best from the Cordillera