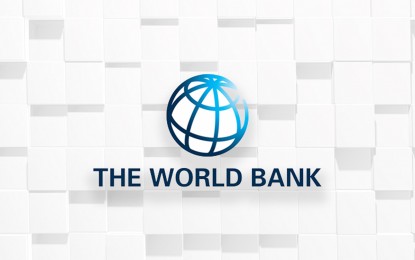 The World Bank (WB) has revised its Philippine economic growth forecast for 2019 amid the sharp deceleration in investment growth and the impact of global developments, but expecting a recovery over the next two years.

The WB now sees the country’s gross domestic product (GDP) growing 5.8 percent from its April forecast of 6.4 percent, according to the Philippines Economic Update (PEU) it released on Thursday.

In a press briefing on Wednesday, WB senior economist for the Philippines Rong Qian said GDP growth slowed down from 6.3 percent in the first half of 2018 to 5.5 percent this year, driven by a contraction in public investment due to the delayed passage of the 2019 national budget and the spending ban on new projects before the May election.

Qian also cited the continuous deceleration of export activities in the first half of 2019 given the unstable global policy environment caused by the trade dispute between the United States and China and the sustained weakness in global demand.

“Economic growth is expected to surpass 6 percent in 2020-21 as the impact of the budget delay dissipates, assuming timely passage of new budgets, private consumption growth remains robust, and that uncertainties around the passage of tax reform program dissipate soon,” she said.

Qian noted that public investment is among the main economic growth drivers in the next two years.

“… Because the infrastructure gap is still there and (it) is still the government priority to do more infrastructures spending in the rest (remaining years) of the administration. But also private investments should pick up once the uncertainty around the corporate tax reform is resolved, (and) that the private investment that was on hold should start coming again,” she added.

The services sector will also drive growth fueled by the continuing expansion of financial services and tourism. (First published by PNA, Oct. 10, 2019)

Bulacan Cyberpark to rise in 12-ha area in Malolos City