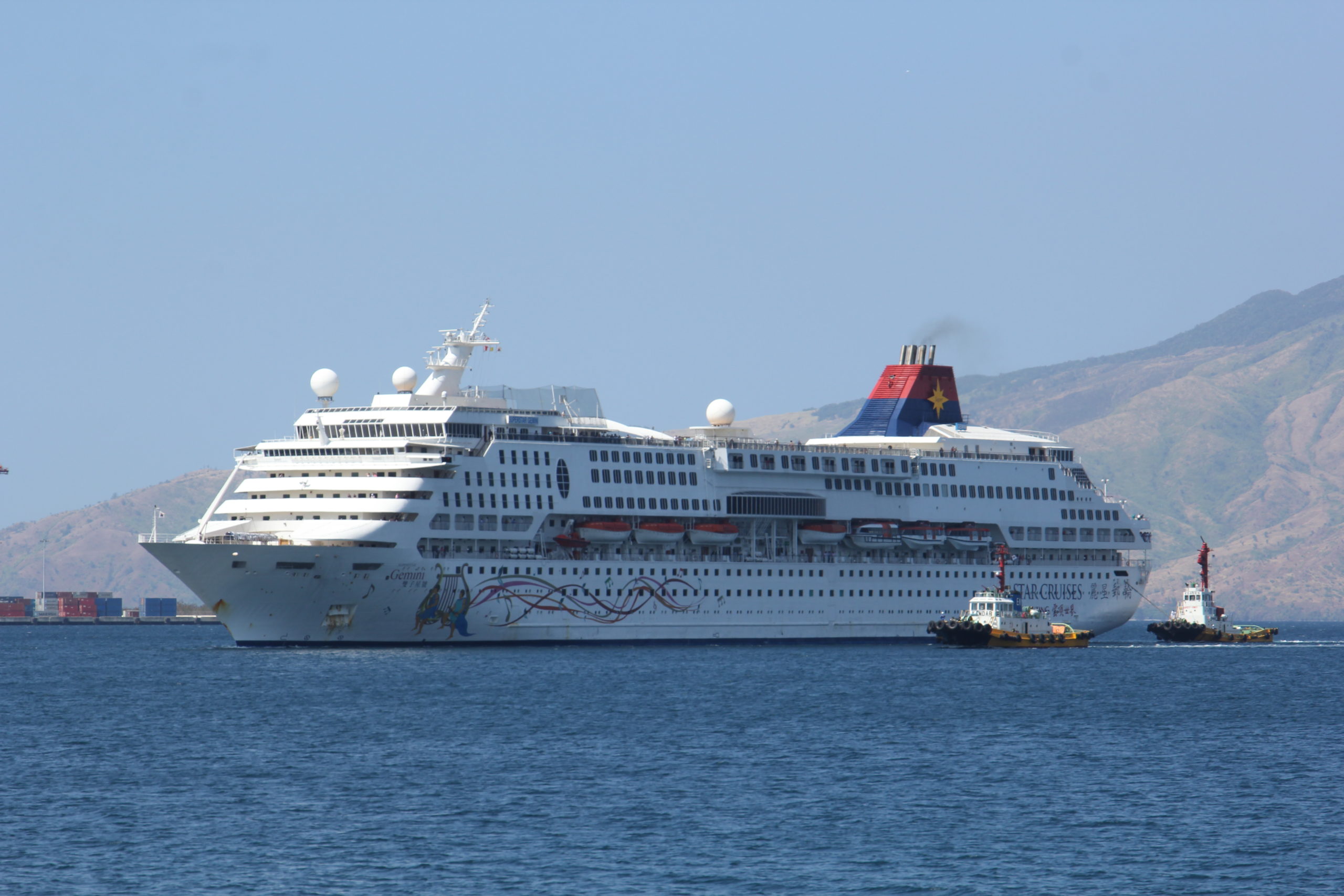 Chinese tourists account for the biggest number of cruise ship passengers that arrive in this premier Freeport, making up 75,450 of the 77,485 foreign tourists that came here, a record from the Subic Bay Metropolitan Authority (SBMA) revealed on Tuesday.

In the last 20 months, the cruise ship tourism program of SBMA Chairman and Administrator Wilma T. Eisma has seen 34 cruise ship arrivals here since February 2018, with 97.37 percent of them being Chinese.

Eisma said the steady influx of Chinese tourists, who comprise almost all of the cruise liner passengers going to Subic, “had significantly sustained Subic’s tourism program and considerably boosted its claim to fame as the next cruise ship playground in Asia.”

“Our cruise program has been picking up, and, after logging more than 38,000 cruise visitors last year, as well as more than 39,000 from January 2 to October 1 this year, we expect to top these records with about 54,000 by the end of this year,” Eisma said.

“We are also proud of the fact that through this program, we have generated more than P261 million in direct and indirect revenues since February last year,” she added.

SBMA tourism records also indicated that the 19 cruise ship arrivals in 2018 accounted for some P45.75 million in direct revenues at the agency’s seaport and tourism offices, as well as an estimated P83.26 million in indirect revenues collected by theme parks, restaurants, buses and taxis, and other facilities and services used by cruise ship tourists. These amounted to a total of P129 million.

Eisma said Subic expects to continue getting this tourism bonanza, as more cruise ships have confirmed bookings here until 2021.

“This is just the start of what we hope would be a sustainable cruise tourism program for Subic, which would also portend inclusive tourism growth for nearby areas in Central Luzon,” Eisma said.

She pointed out that the SBMA had so far listed 38 confirmed cruise ship arrivals and two tentative bookings for 2020, as well as four confirmed and one tentative schedules for 2021.

“Best of all, of the 40 bookings for next year, 15 are confirmed overnight stay. This could only mean more tourism income for Subic and the nearby areas of Olongapo, Zambales, Bataan, and even Pampanga,” she added.

The overnight bookings, Eisma explained, was made possible by Executive Order No. 72 signed by President Rodrigo Duterte last December. This gave foreign nationals entering through Subic seaports a visa-free stay of 14 days, a privilege previously given to those arriving via the Subic airport.

The SBMA official also said that among the cruise ship set to arrive before the yearend is MS Spectrum of the Seas, a Royal Caribbean Cruises vessel that has booked 4,819 passengers for a December 27 trip to Subic.

Spectrum of the Seas is set to be back in Subic on January 20 next year with 4,819 passengers, while its sister cruise liner MS Quantum of the Seas will arrive with 4,905 tourists and 1,500 crew on February 28.