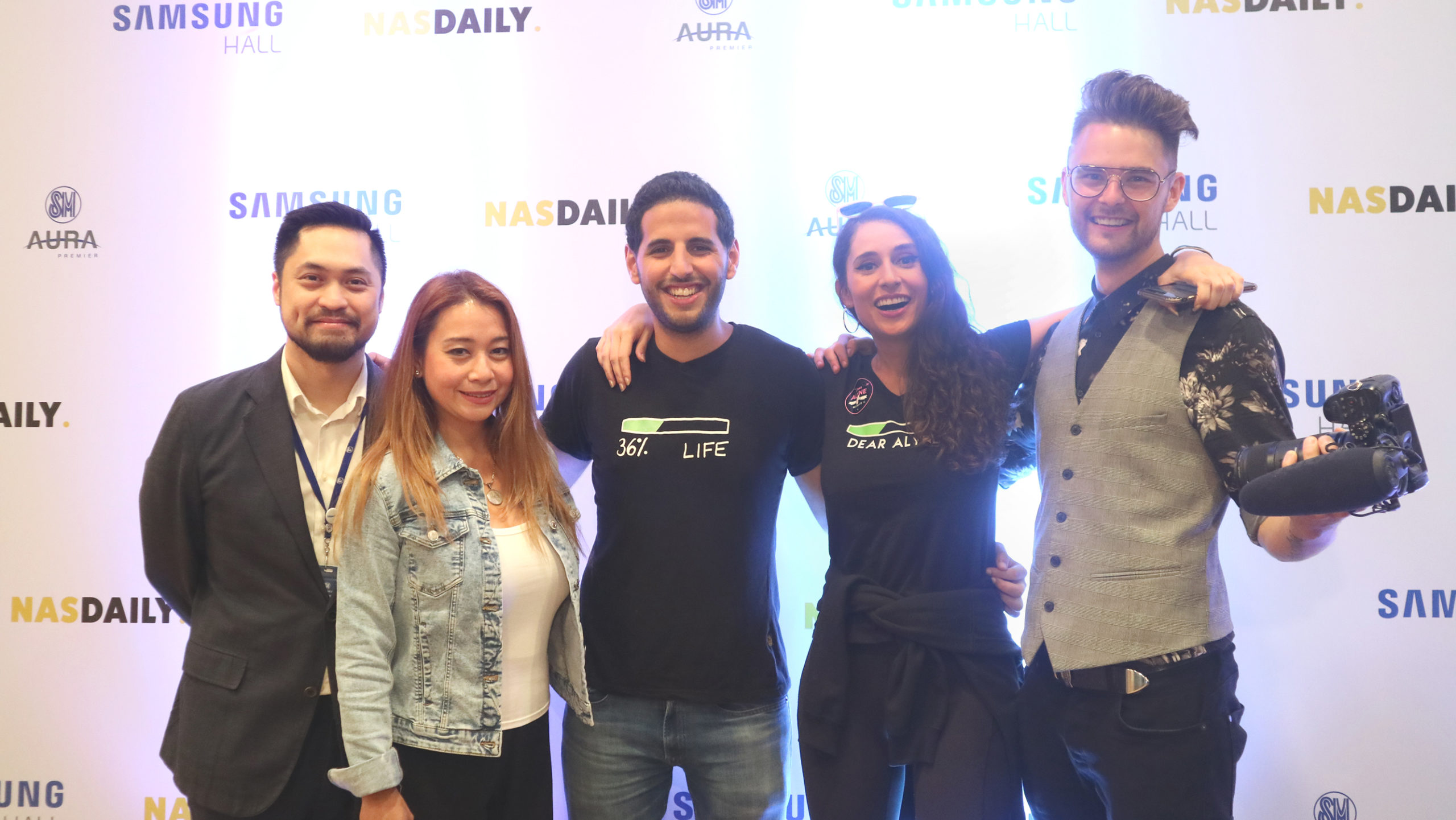 Internationally famous travel video blogger, Nas Daily is returning to the Philippines, after two (2) years, with a massive meet-and-greet at the Samsung Hall, SM Aura Premier on September 27, 2019. The event will also feature a video shoot with the attending audience, to be featured in Nas Daily’s next online video.

Nas Daily, who’s real name is Nuseir Yassin, gained internet “viral” status with his one-minute videos on Facebook. He is accompanied in the event by travel companions Agon Hare and Alyne Tamir, known online as Project Nightfall and Dear Alyne, respectively. Both Hare and Tamir are content creators who regularly collaborate and contribute in videos with Yassin for his video production company, Nas Daily Corporation. The three (3) have produced content garnering millions of online video views.

With environmental protection in relation to the Philippine islands and seas being the main topic of conversation for the event and the resulting online video, Nas Daily partnered with SM Aura Premier’s Samsung Hall to be the official event venue, as the mall has been an active supporter of the environment.

SM Aura Premier has, from its very beginnings, been unwavering in its efforts to be a leader in eco-friendly and environmental sustainability solutions. Being the first mall to receive a Leadership in Energy & Environmental Design (LEED) Gold Certification, SM Aura Premier has, under its “Lush Initiative” project, limited its use of straws in dining with the “Last Straw” movement, became the first mall to accept eco-bricks, and had built an herb garden with all proceeds donated to calamity funds, emergency assistance and building of schools. Fused with their “Art in Aura” campaign, SM Aura Premier partnered with Save Philippine Seas to create a wall mural for marine life awareness, and a polar bear installation with WWFF to address climate change. SM Aura Premier will not be stopping at those environmental efforts as it has many more green activations, pocket-campaigns, and partnerships in the pipeline for the remainder of 2019 and beyond.