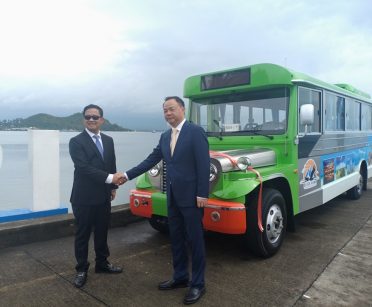 China’s second largest city will be opening a direct flight to Legazpi City as part of the memorandum of understanding (MOU) signed last year by Hengyang City officials with Legazpi Mayor Noel Rosal.

Under the MOU, Hengyang officials pledged to open the direct flight as one way of bringing more tourists to Legazpi, capital of Albay province in Bicol Region.

“We are targeting at least 3 percent of the 80 million population of Hengyang as our prospect tourists to visit Legazpi yearly. These visitors are also potential investors and would bring more business activities to help boost the city’s local economy,” Rosal said.

“Hengyang officials also expressed intention to invest for renewable energy like wind or hydro and solar panels in this city,” he added.

The city government of Legazpi will formalize the partnership agreement by November this year while the the Sangguniang Panlungsod of Legazpi will craft and adopt a resolution for the Memorandum of Agreement (MOA).

“The proposed partnership between Legazpi and Hengyang will become a long term agreement to serve as an open window for opportunities to uplift the lives of the people of both cities,” he said.

Rosal cited that  Hengyang officials were also impressed by the development and progress of Legazpi City particularly the infrastructure development that will surely improve the city’s tourism industry. (PIA5/Albay)