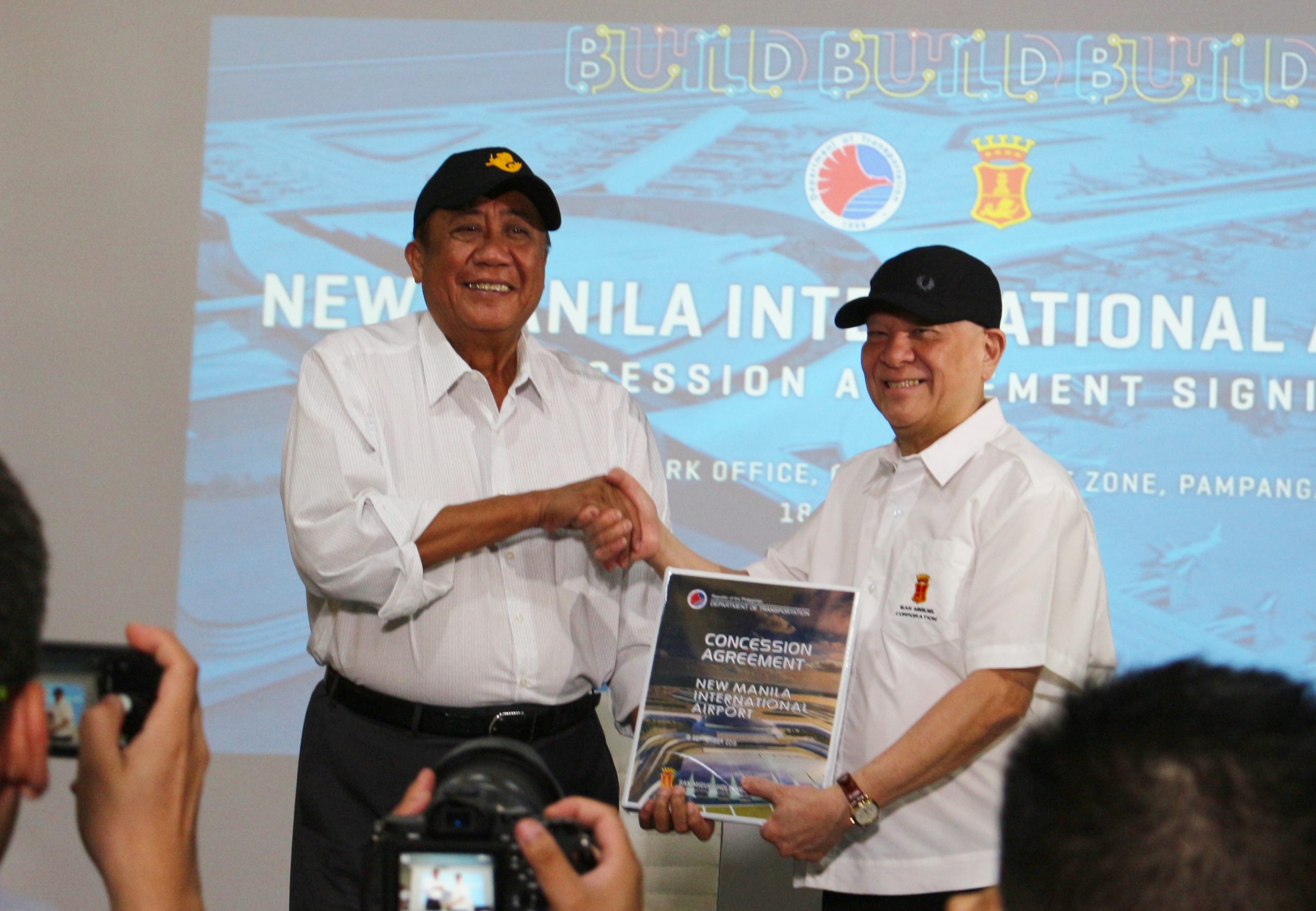 DOTr Secretary Arthur Tugade announced the issuance of the Notice to Proceed after he and SMC president and chief operating officer Ramon Ang signed the concession agreement.

The concession period spans 50 years after the completion of construction of the first phase.

Tugade said the construction of the new international gateway would boost connectivity and mobility for Filipinos, as this would give them additional travel options.

“Ang mahalaga po diyan ay ‘yung pasahero, ‘yung riding public (The passenger, the riding public is important). Alam niyo ‘ho kung bakit? ‘Pagkat kung meron nang (Why? If there are a variety of options to choose from — ) Bulacan Airport, NAIA at Clark Airport, let it be a battle of commercial competitiveness. And if it becomes a battle of commercial competitiveness, who benefits? It is the riding public, because the riding public will be given a freedom of choice. Pwedeng mamili kung saang gustong paliparan. Pwedeng mamili kung saang comfort and convenience ang tutukuyin niya. Ito ‘ho ‘yung mahalaga dito (Passengers can choose which airport to go to. That’s what’s important),” Tugade said.

During the signing ceremony, Tugade also lauded the SMC for ensuring that issues on right-of-way acquisition, “Material Adverse Government Action” (MAGA) or situations where the government deviates from contractual obligation that requires it to compensate a private entity, and subsidy, are expeditiously resolved.

“This will really benefit our people and it will create a lot of business opportunities for Filipinos. It will bring so many foreign tourists,” Ang said.

The SMC top honcho also averred the conducive conditions for business with government under the Duterte administration.

The DOTr formally issued SMHC the Notice of Award on August 14, 2019, two weeks after the conclusion of the Swiss Challenge where SMHC’s unsolicited proposal went uncontested.

The new gateway will have four parallel runways for faster turnover of aircraft, eight taxiways, a Passenger Terminal Building with a design capacity of 100 million to 200 million passengers per year, and airfield facilities and equipment.

Additionally, an eight-kilometer toll road connecting the Bulacan Airport to the North Luzon Expressway will be constructed to aid travelers to and from the airport.

Located in the municipality of Bulakan, the massive gateway is targeted for operations within four to six years. (Press Release/DOTr)

The New Gateway, Araneta City’s 3B worth mall expansion

How to reward yourselves for that diploma