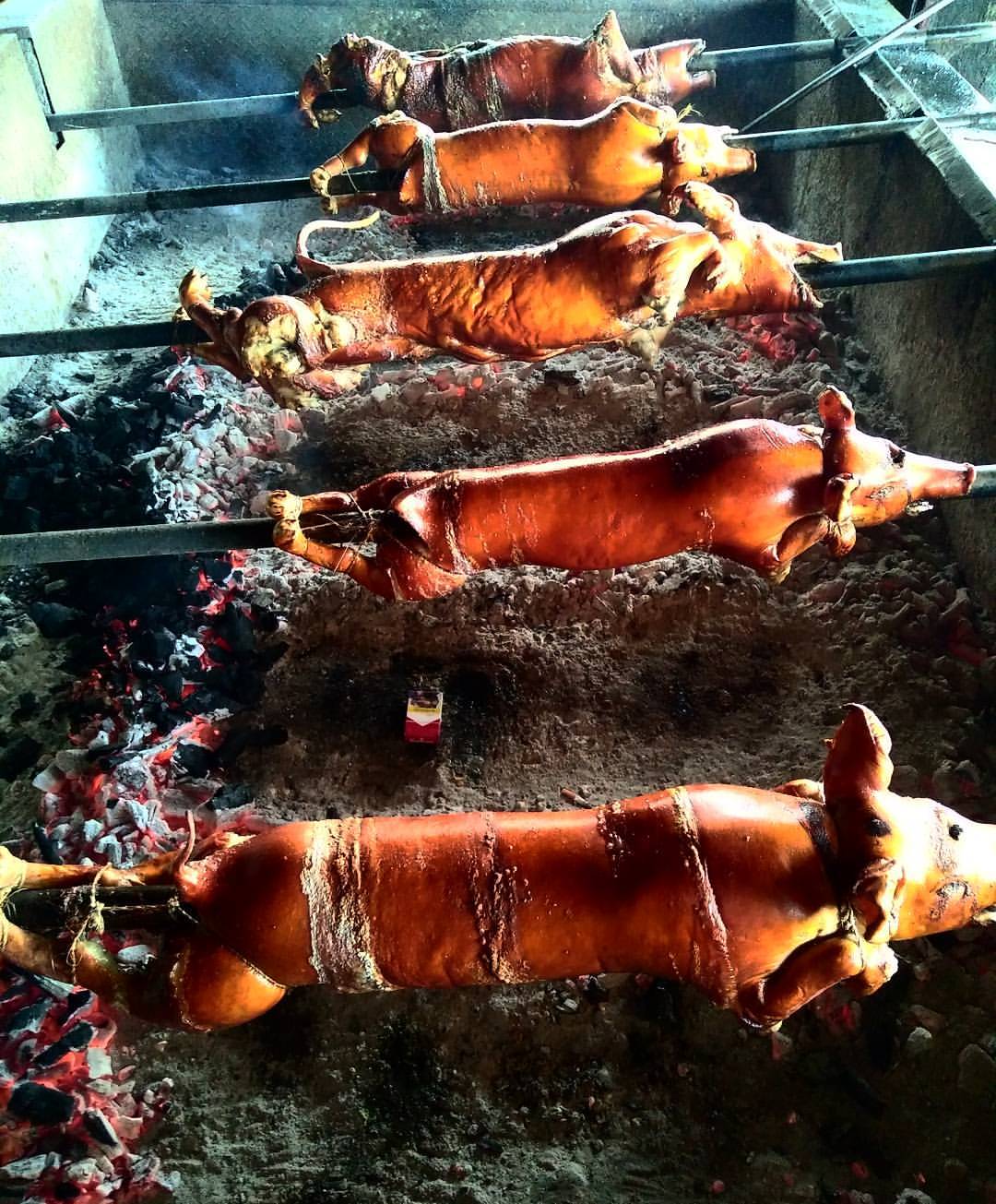 Swine fever fears do not seem to impact one reputable establishment known for roasting pigs as it fulfills its lechon orders for the day in Quezon City. (Photo by Monsi A. Serrano/THEPHILBIZNEWS)

Finance Secretary Carlos Dominguez III has dismissed the impact of the African swine fever on domestic inflation rate, citing that consumers have alternatives to pork.

“It’s a concern but there are substitutes to pork such as poultry, beef, and fish,” he told journalists in a Viber message Monday.

Agriculture Secretary William Dar on Monday said 14 of the 20 blood samples sent to the United Kingdom for laboratory examination tested positive for the highly contagious hemorrhagic viral disease for pigs.

The tests were done after reports of the unusual number of pig deaths in backyard farms in the province of Rizal.

Authorities are considering food scraps from hotels and restaurants fed to pigs, or from imported pork products, as the cause of the outbreak.

Despite this situation, Dominguez said he is “sure that DTI (Department of Trade and Industry) and DA (Department of Agriculture) are on top of this.”

He forwarded a message from DTI Secretary Ramon Lopez, who said: “Yes. Price monitoring will be intensified both on processed meats and fresh frozen meats in public markets.”

He also forwarded a message from Secretary Dar that reads: “The commercial hog raisers assured us steady supply hence prices hopefully will be stable.” (First published by PNA, Sept. 9, 2019)