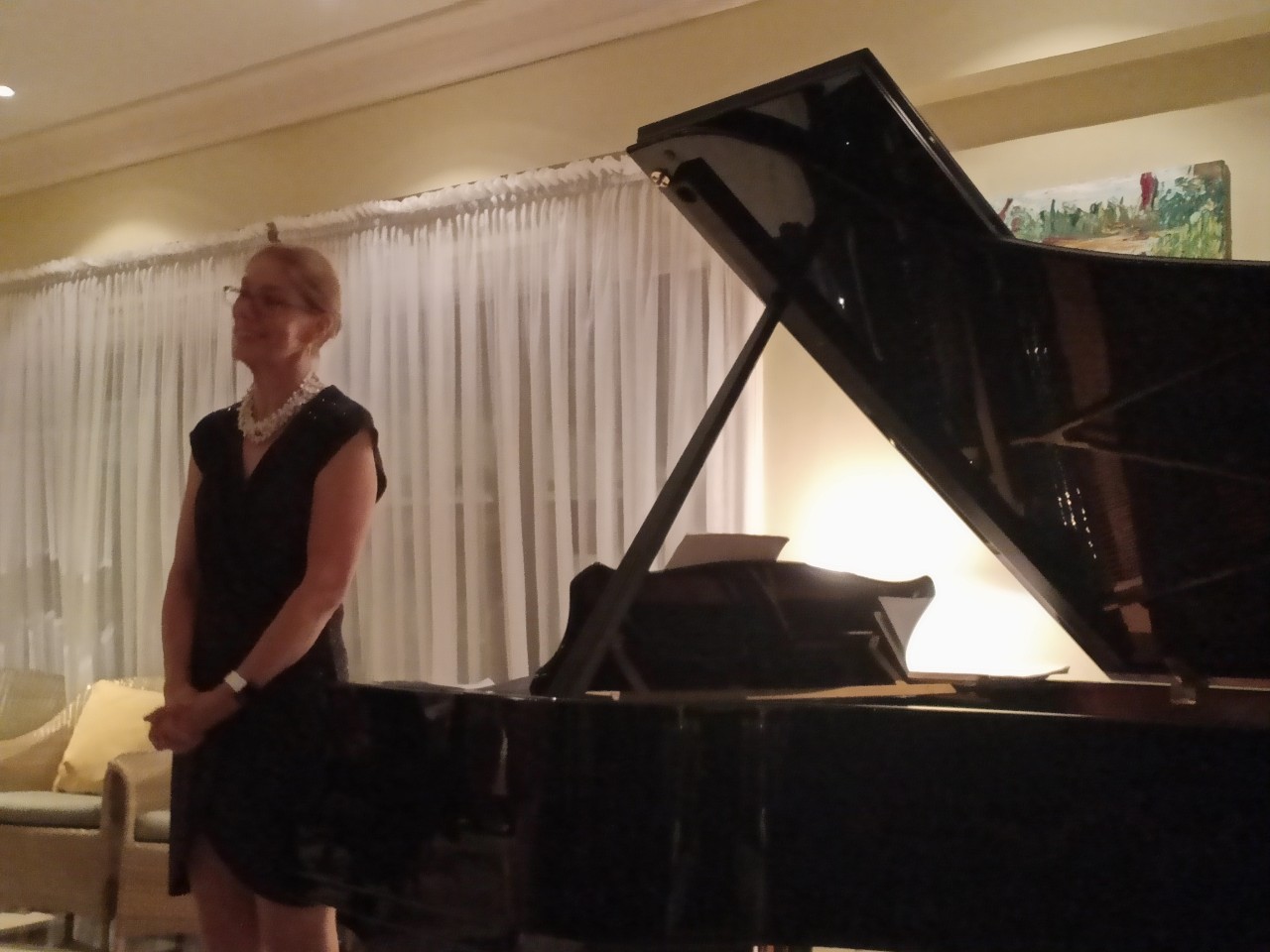 ‘I hope to increase and improve the numbers of brining in Filipino nurses in Germany,’ says German Ambassador Anke Reiffenstuel at a concert and dinner she hosted for diplomats and media at her official residence in Makati City last Thursday, September 5. (Photo by Monsi A. Serrano/THEPHILBIZNEWS)

Text, photo, and video by Monsi A. Serrano

New German Ambassador to the Philippines Anke Reiffenstuel said on Thursday night, September 5, that she will work to increase the number of Filipino nurses being deployed in Germany.

“(There is) immense demand for Filipino nurses (in Germany),” Reiffenstuel told THEPHILBIZNEWS when interviewed after the intimate piano concert and dinner she hosted for diplomats and media at her official residence in Makati City.

During the interview, Reiffenstuel cited an existing agreement between the Philippines and Germany for the hiring of more Filipino nurses to address the Germany’s severe lack of nurses.

The lady ambassador said that this agreement was reached just last mid-August during the visit of German Federal Ministry of Health’s Parliamentary State Secretary Sabine Weiss, who gave Germany’s commitment to simplify the hiring of Filipino nurses and improve their working conditions.

Part of the steps being undertaken by Germany to facilitate easier access of Filipino nurses to its health service sector is the streamlining of administrative processes for their recruitment and hiring which is set to be implemented by October, 2019.

In the same token, the Philippine Embassy in Germany confirmed that the Philippine Overseas Labor Office in Berlin (POLO-Berlin) is set to begin operations in Berlin on Wednesday, September 11.

The office of Philippine Ambassador to Germany Theresa Dizon-De Vega announced that all inquiries and information on the services of POLO-Berlin may be sent via email to polo_gen_germany@dole.gov.ph

Germany has long been eyeing the Philippines’ oversupply of health care professionals and has manifested its intention to hire as many as 200,000 Filipino nurses from 2016 to 2020.

However, there are big challenges in the procedure of recruitment and allocation process for Filipino nurses immigrating to Germany such as: one, the level of German language skills required; and two, the recognition of the Philippine nursing curriculum.

In 2018, German vacancies in its healthcare sector that were filled by Filipino nurses reflected attractive salaries: €1,900 or P98,000 as starting gross monthly salary; and €2,300 (gross) or P120,000 monthly salary once the new hires are recognized as a qualified nurse.

During Weiss’ visit, the German-Philippine Chamber of Commerce and Industry (GPCCI) organized a forum for recruitment sector experts in the Philippines and Germany to find ways to make the hiring Filipino nurses easier.

It was learned that current practices have it that the employer will pay for the visa and airfare from the Philippines to Germany and assist the hired nurse in finding accommodation.

However, it is the hired nurse who will shoulder the expenses (part or full) of the board and lodging.

With significant steps being taken to hasten procedures in recruitment and hiring, Amb. Reiffenstuel said she hopes that she would be able to “increase and improve the numbers of bringing in Filipino nurses in Germany.”

MEKENI President, our quality is our commitment, “Always Stay Focus”