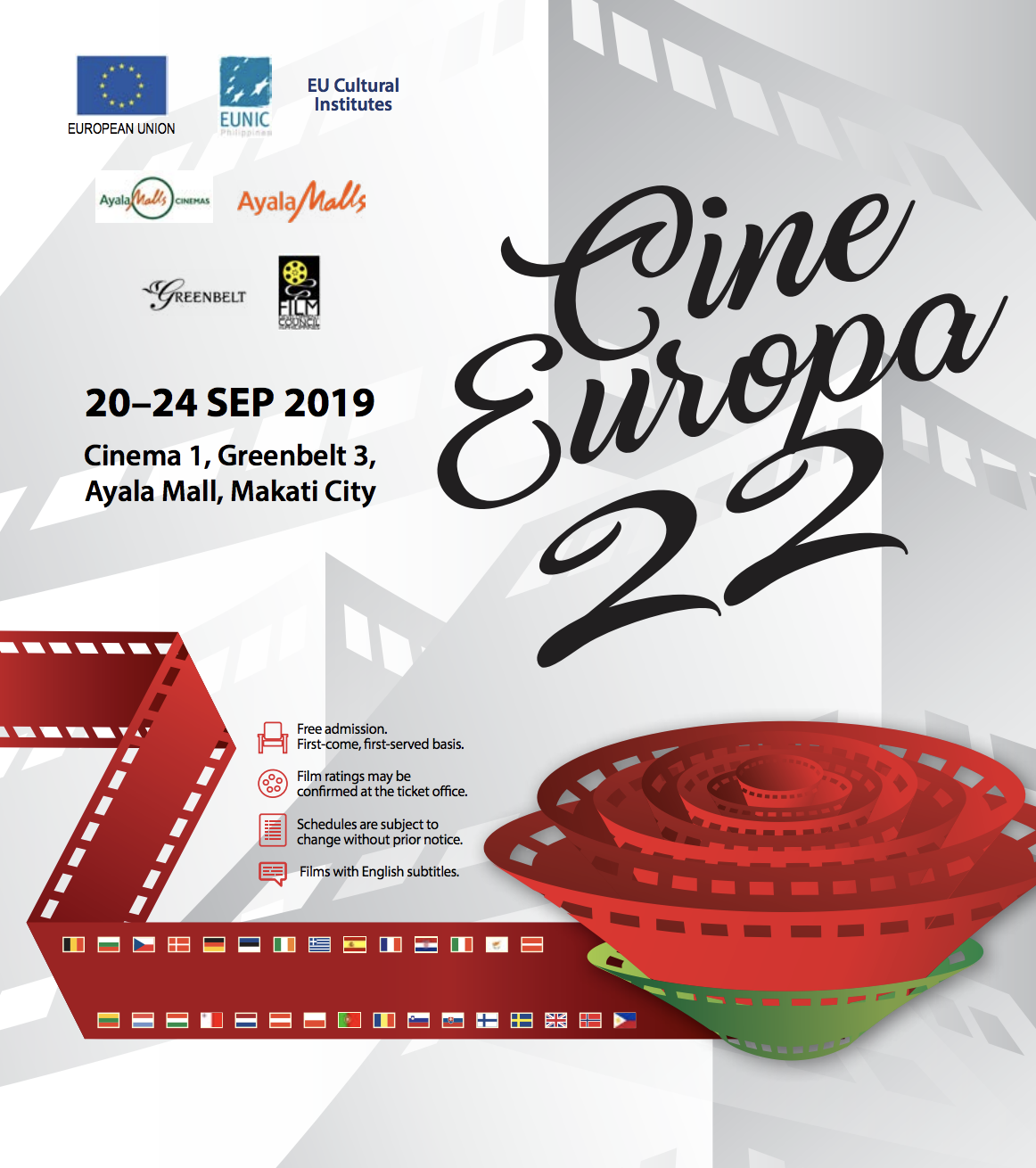 Thirteen countries will take part on Cine Europa 22 as it opens in Manila on September 20, 2019 at Greenbelt 3, Cinema 1 in Makati City.

Every year, Cine Europa wants to reach out to more Filipinos so this year we are going to Bohol from October 11 to 12, 2019 in addition to Cebu; Baybay, Leyte and Iloilo.  The festival maintains its presence in Naga and Palawan in addition to Makati and Film Development Council of the Philippines, Kalaw, Manila.

The Chargé d’Affaires, a.i. of the EU Delegation to the Philippines, Mr. Thomas Wiersing,  considers the film festival as the  most influential cultural diplomacy tool “Cine Europa is a distinctive way to showcase European cultural diversity and to open up opportunities in the cultural and creative industries“, he said.

Cold War is a passionate love story between a man and a woman who meet in the ruins of post-war Poland. With different backgrounds and temperaments, they are fatally mismatched and yet fatefully condemned to each other. Set against the background of the Cold War in the 1950s in Poland, Berlin, Yugoslavia and Paris, the couple are separated by politics, character flaws and unfortunate twists of fate – an impossible love story in impossible times.

The film director is Paweł Pawlikowski, who co-wrote the screenplay. His most recent film, Ida, was a global success, winning the Oscar and BAFTA for best foreign language film as well as five European Film Awards including best European film, director and screenplay. The film is a Polish/British/French production which shows how interconnected is the European film industry. Mr. Jarosław Szczepankiewicz, Chargé d’Affaires a.i., Embassy of Poland, will introduce the film “Cold War”.

Cine Europa is the longest and most comprehensive film festival in the country as it takes place in nine cities in a variety of venues from theatres to malls and universities.  The festival started 1998 and has been running for 22 years.

The festival is presented by the EU Delegation to the Philippines and the Embassies of Belgium, Czech Republic, Denmark, France, Germany, Hungary, Italy, Netherlands, Norway, Poland, Spain, Sweden and United Kingdom, as well as Alliance Francaise in Manila, the British Council, the Goethe-Institut, Instituto Cervantes, and the Philippine-Italian Association.

Cine Europa has earned a niche among film enthusiasts in the country because of its strong collaboration with local partners, including the Film Development Council of the Philippines, Ayala Mall, Bohol provincial government, SM Corporation, the Ateneo De Naga University, the Visayas State University in Baybay Leyte and the Provincial Government of Palawan and Palawan State University.