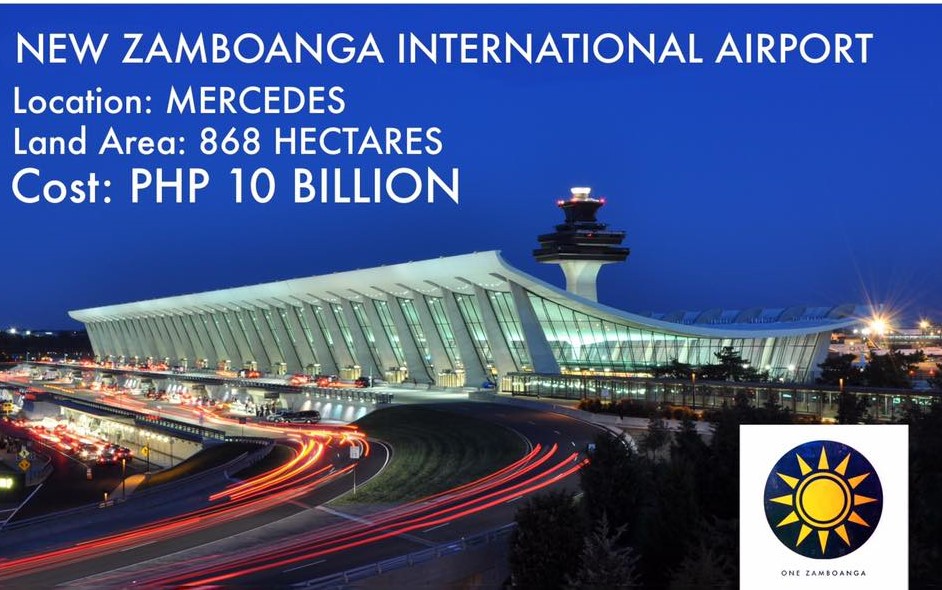 This is an artist’s perspective of the new Zamboanga International Airport proposed back in 2016 when the Zamboanga City government discussed plans with Robinsons Land Corporation to build it at a 868-hectare property in Mercedes. (Photo courtesy of One Zamboanga)

By Dominic I. Sanchez

A senior Palace official is hopeful that the construction of a new Zamboanga airport will commence within the term of President Duterte.

In a media interaction earlier this month, Cabinet Secretary Karlo Nograles said the construction of a new airport catering to more international flights is “a possibility.”

“The President wants to bring more economic opportunities in the regions to decongest Metro Manila. The construction of this new airport will be a big factor (to create more opportunities),” Nograles said.

He explained that with a new airport here, foreign tourists and investors will no longer have the inconvenience to travel via Manila to Zamboanga. “They would then be able to travel directly here.”

A City Government report places the proposed budget for the airport at around P9.87-billion, the funding of which will be the fruit of a public-private partnership.

The proposed site is within the barangays Mercedes-Talabaan areas, about 17 kilometers away from the city proper. The airport is expected to be a world-class infrastructure with state of the art facilities. (First published by PIA9-Zamboanga City, Aug. 28, 2019)