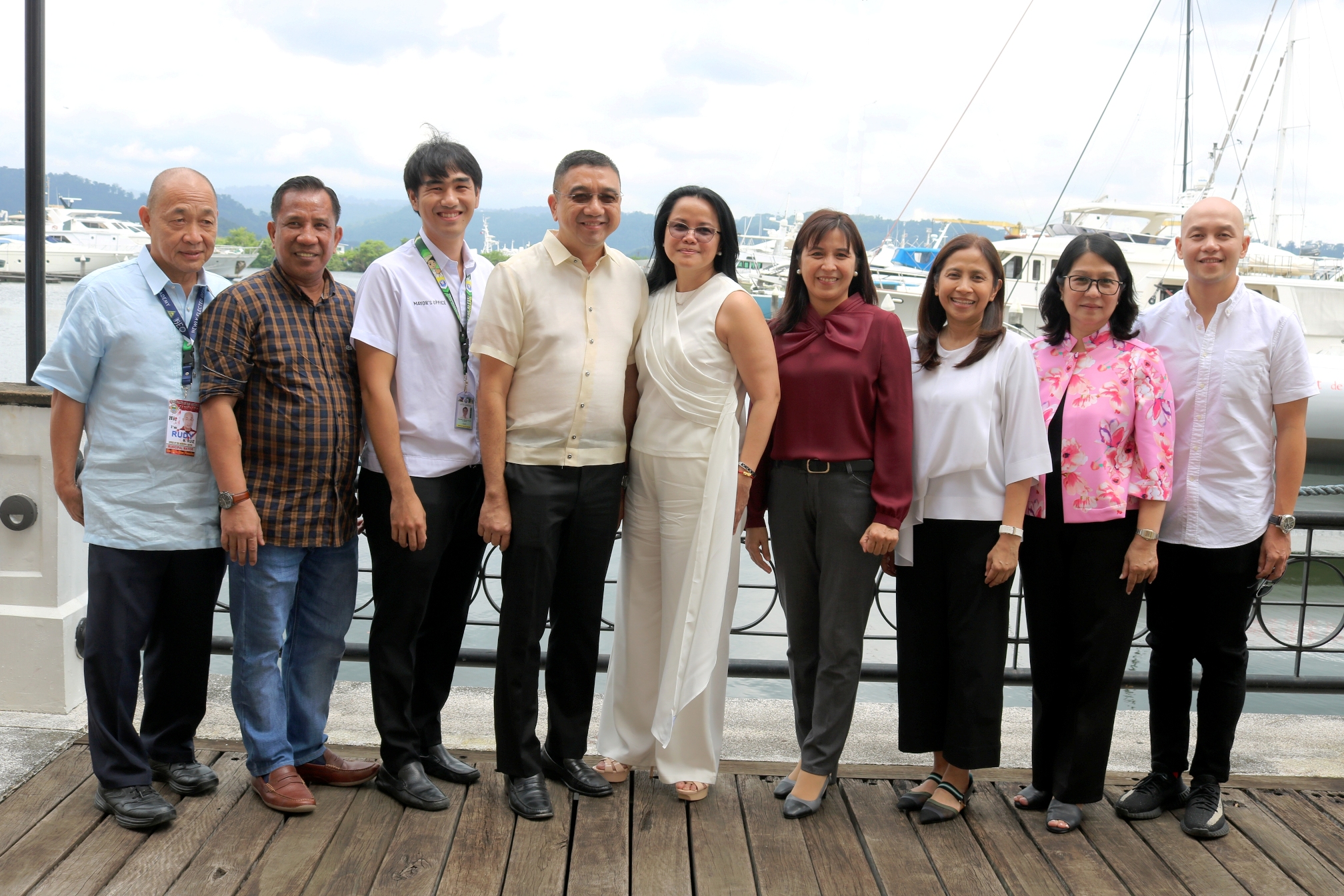 SUBIC BAY FREEPORT — A total of P203.14 million in earnings were distributed on Monday, August 19, through checks made out by the Subic Bay Metropolitan Authority (SBMA) to adjacent local government units (LGUs) that benefit from the semi-annual revenue shares from the Subic agency.

SBMA Chairman and Administrator Wilma T. Eisma released the shares during a lunch meeting at the Subic Bay Yacht Club to LGU executives of Olongapo City and the towns of Subic, Castilejos, San Marcelino, and San Antonio in Zambales, as well as Hermosa, Morong, and Dinalupihan in Bataan.

Monday’s releases brought the total amount received by contiguous LGUs to P2.07 billion since February 2011 when the SBMA started directly releasing the revenue shares to them.

As the LGU share is determined according to population (50 per cent), land area (25 per cent), and equal sharing (25 per cent), Olongapo, which is a highly-urbanized city, always receives the biggest chunk of the shares.

The shares given in August were derived from two percent of the five-percent gross income taxes collected from business locators in the Subic Bay Freeport Zone from January to June each year. Shares from collections in July to December are released in February.

Eisma pointed out that the LGU shares are given to augment local resources and enable stakeholder communities to carry out development projects in health, education, peace and order, and livelihood generation.

“This is another way by which the SBMA promotes inclusive growth in the locality, aside from generating employment opportunities for local workers,” Eisma said.

“While we don’t have any means to determine how the shares are utilized, we hope that these will be used for the communities to keep pace with developments in the Subic Bay Freeport,” she added.

For their part, the mayors gave assurances that the funds would be spent to further develop their respective communities.

Mayor Rolen Paulino Jr. of Olongapo said the shares he received would go for development projects that would benefit the people of the city, while Mayor Jonathan Khonghun of Subic said that their share would provide for scholarship grants to deserving residents of the municipality. Both are neophyte mayors who won in the recent elections.

The SBMA began releasing the shares directly to the LGUs, after a new tax collection scheme was implemented in August 2010.  Previously, corporate taxes were remitted first to the national government, which would then distribute the LGU shares.