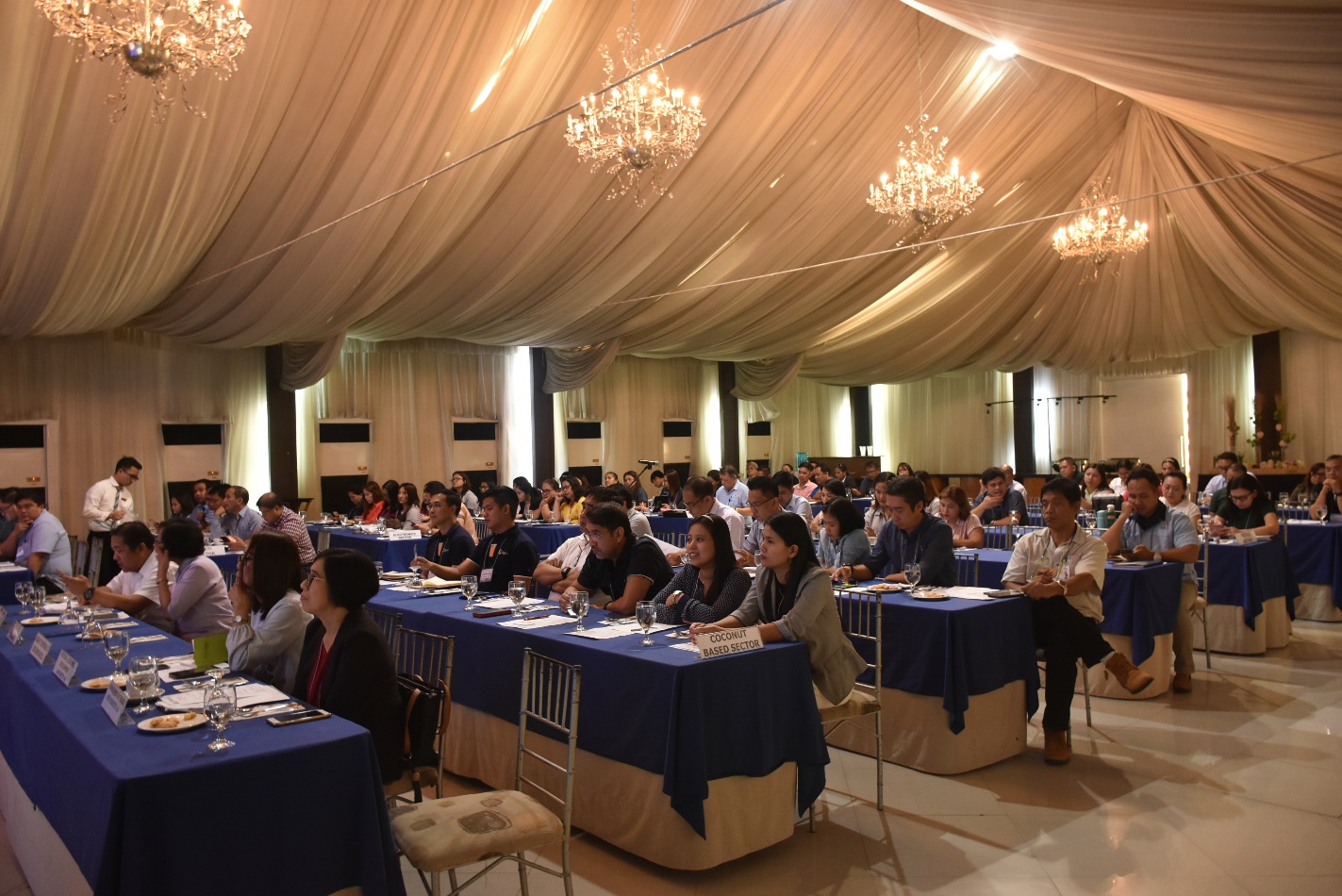 Around 100 participants to ‘The Batangas Port Forum’ -- an offshoot of the Roundtable Discussion (RTD) on Batangas Port Issues held in Calamba City, Laguna last June -- listen intently to discussions on a more efficient and cost-effective transport of cargoes at the Batangas International Port. (Photo courtesy of DTI 4-A)

The Batangas International Port is working on a more efficient and cost-effective transport of cargoes (inbound/outbound), with the Department of Trade and Industry (DTI) Region 4-A helping promote its competitive advantage to industry stakeholders and potential users in Southern Luzon.

Last August 15, DTI 4-A partnered with Asian Terminals, Inc. (ATI) and the Philippine Ports Authority (PPA)-Batangas in conducting “The Batangas Port Forum” as a venue for presenting updates and developments on the Batangas Container Terminal (BCT) in Batangas City.

“We, in the DTI, would like our manufacturers and exporters here in CALABARZON to further grow and develop by being efficient and cost effective in their logistics and transportation cost in bringing their goods to their intended market,” DTI CALABARZON Director Marilou Q. Toledo said about organizing the forum.

Around 100 participants from shipping lines such as Sealand Maersk, CMA-CGM, Evergreen Shipping, COSCO Shipping, and Wan Hai Lines, ecozone associations from the electronics, automotive, and metals sectors, manufacturers from coco-based and food sector, and government agencies like the Bureau of Customs and the National Economic Development Authority attended the forum.

It tackled issues that hinder industries, exporters, importers, and other stakeholders from utilizing the port fully, including the big possibility to have a direct shipment from Batangas Port to Japan once the volume requirement is met, shortening the transit time.

As an addition to the event, participants were given a windshield tour around Batangas port. Some of the recent developments in the port are the ongoing civil works on crane rails, berth connectivity, yard rehabilitation, and expanded container yard.

In pursuing these developments, Toledo said: “We would like Batangas Port to be fully utilized and efficient, not just as a transshipment hub but also as a port that can directly ship cargoes to international destinations at the least possible time.”

In the presentation of ATI Marketing Manager Jel M. Yulo on updates and development of the Batangas Port, she enumerated the advantages to Southern Luzon exporters and manufacturers of using the Batangas Port.

Yulo also revealed that ATI has already released its first mobile application named Mobile Port or MPort, which is designed in its first stage to bring information on Client’s transaction by giving data as it happens when it happens.

“The presence of everyone in the government and private sector is a clear manifestation of their great commitment towards the economic prosperity of our country, particularly in response to the increasing business opportunity in the CALABARZON region,” said PPA Batangas Acting Manager Ambrocio O. Ilao.

“Rest assured that the PPA will support and serve in this growing business opportunity by providing port facilities and services of global standard,” added Ilao.