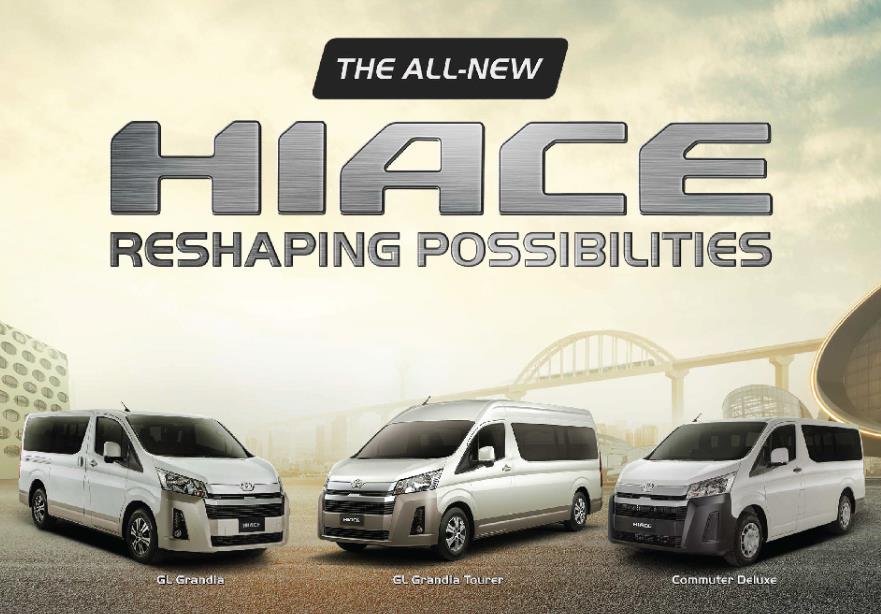 Toyota Motor Philippines completes its 2019 Hiace lineup this August with the launch of the All New Super Grandia in three new variants -- Elite, Leather, and Fabric. (Photo courtesy of TMP)

Toyota Motor Philippines (TMP) expects to double sales volume of its Hiace Grandia model, as it introduced to the Philippine market on Monday its new variants to hit vehicle sales of 165,000 units this year.

TMP President Satoru Suzuki told reporters they expect the launch of the All New Super Grandia to boost the Hiace, which had a 54.6-percent total market share in the utility van segment as of July.

Suzuki said the firm targets to sell 400 units of the new models starting next month, and hopefully maintain such sales level by 2020.

“That’s more than double because of the new model,” he said, noting family and companies in various industries prefer these van variants.

Suzuki said it is banking on other models also boosting the company’s sales goal this year.

Yesterday, August 19, TMP completed the Hiace lineup this August with the launch of the All New Super Grandia in three new variants — Elite, Leather, and Fabric.

For one, Elite is the first variant in TMP’s official vehicle lineup which incorporates active safety features identifying factors that may cause accidents, and aid the driver in eliminating these factors.