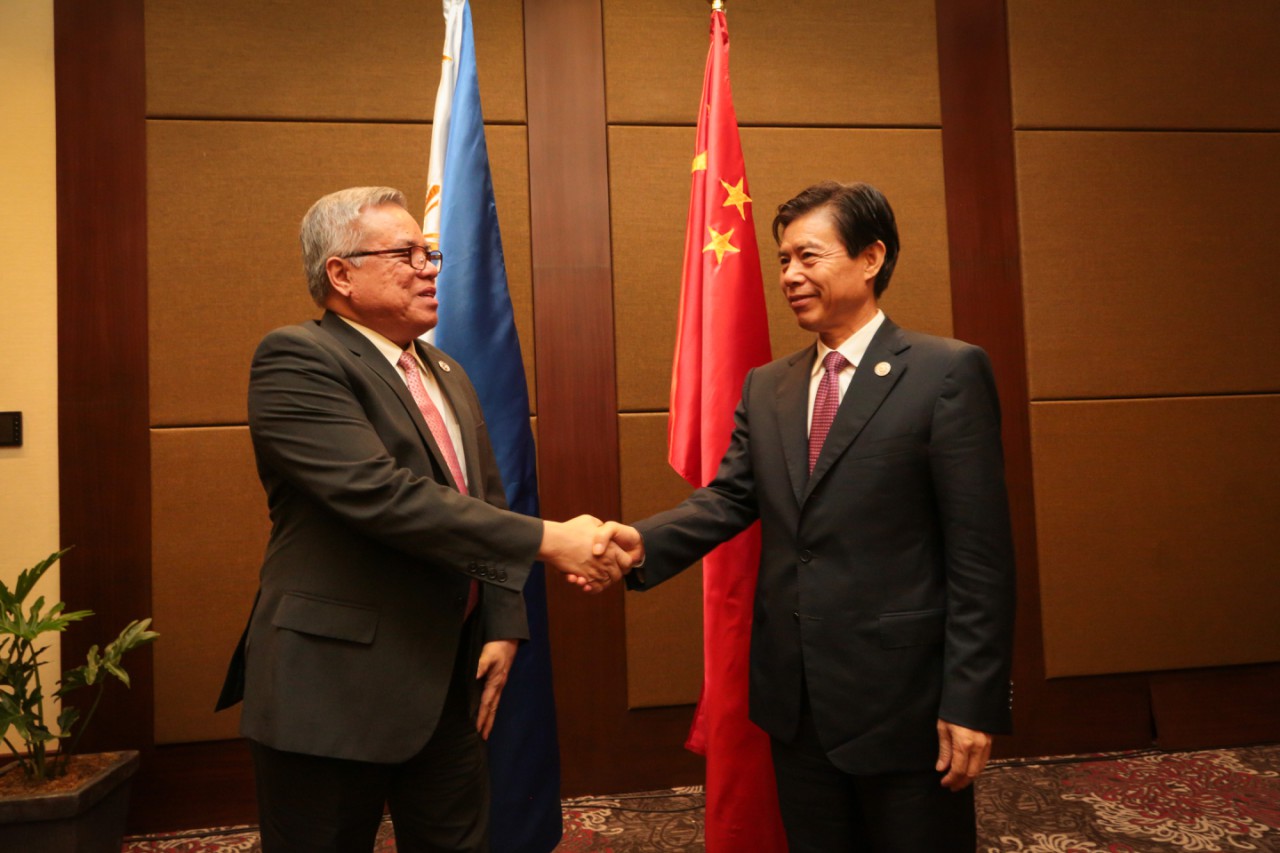 Philippine Trade Secretary Ramon Lopez (left) is shown in this file photo with his Chinese counterpart, Commerce Minister Zhong Shan at the sidelines of the Philippine hosting of the 49th ASEAN Economic Ministers’ Meeting and Related Meetings. (Photo courtesy of DTI)

BEIJING, China — Ministers of the 16 participating countries of the Regional Comprehensive Economic Partnership (RCEP) agreement expressed today, August 5, a high level of optimism that the biggest trade deal will soon be concluded in November this year.

Ministers gathered to resolve some of the key issues, and provide guidance to the trade negotiators on how to move forward in concluding the negotiation during the 8th RCEP Intersessional Ministerial Meeting being held here.

“Significant progress had been made in key chapters such as market access and investments, and some issues affecting the speed of the negotiation had been addressed,” said Philippine Trade and Industry Secretary Ramon Lopez. “Parties are more pragmatic in the spirit of wanting to reach conclusion.  We are seeing more flexibility and they are mindful of the sensitivities of each country taking into account the level of its economic development.”

The Ministers also noted the challenges being faced by the multilateral trading system right now, and the need to reinforce the trust on the international trade rules, and the free interface of economies.

For the Philippines, Lopez said the agreement is viewed as a platform to increase its participation in the global value chain while generating investments and employment. “With the competitive advantage of our country in resources, people, and business environment, we hope to enhance our trade relations with other countries, and build more local industries and create more jobs,” he said.

RCEP is envisioned as the biggest trade deal. With 16 trading partners, it is equivalent to almost 50 percent of the world’s population and almost one third of world trade.

“We have been working on increasing market access for our products and services in the other 15 participating RCEP countries, and clarify rules that would attract greater investments into the country that will generate more jobs for the Filipinos”, Lopez added.  The next round of negotiation will be held in Jakarta, Indonesia. (Press Release/DTI)

BMW, PH government discuss possibility of getting parts from the Philippines