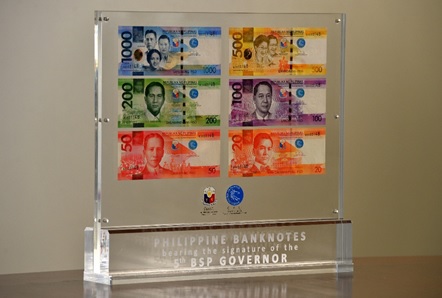 The Bangko Sentral ng Pilipinas (BSP) released today, July 4, the first set of banknotes bearing the name and signature of BSP Governor Benjamin E. Diokno, who took his oath of office as the fifth head of the central monetary authority last March 6.

The release marks the anniversary of the BSP and is part of the celebrations in connection with 70 years of central banking in the Philippines.

The 20-piso, 50-piso, 100-piso, 200-piso, 500-piso and 1,000-piso banknotes with the Governor’s name and signature are the freshest set of peso bills printed under the currently-circulated “New Generation Currency” series.