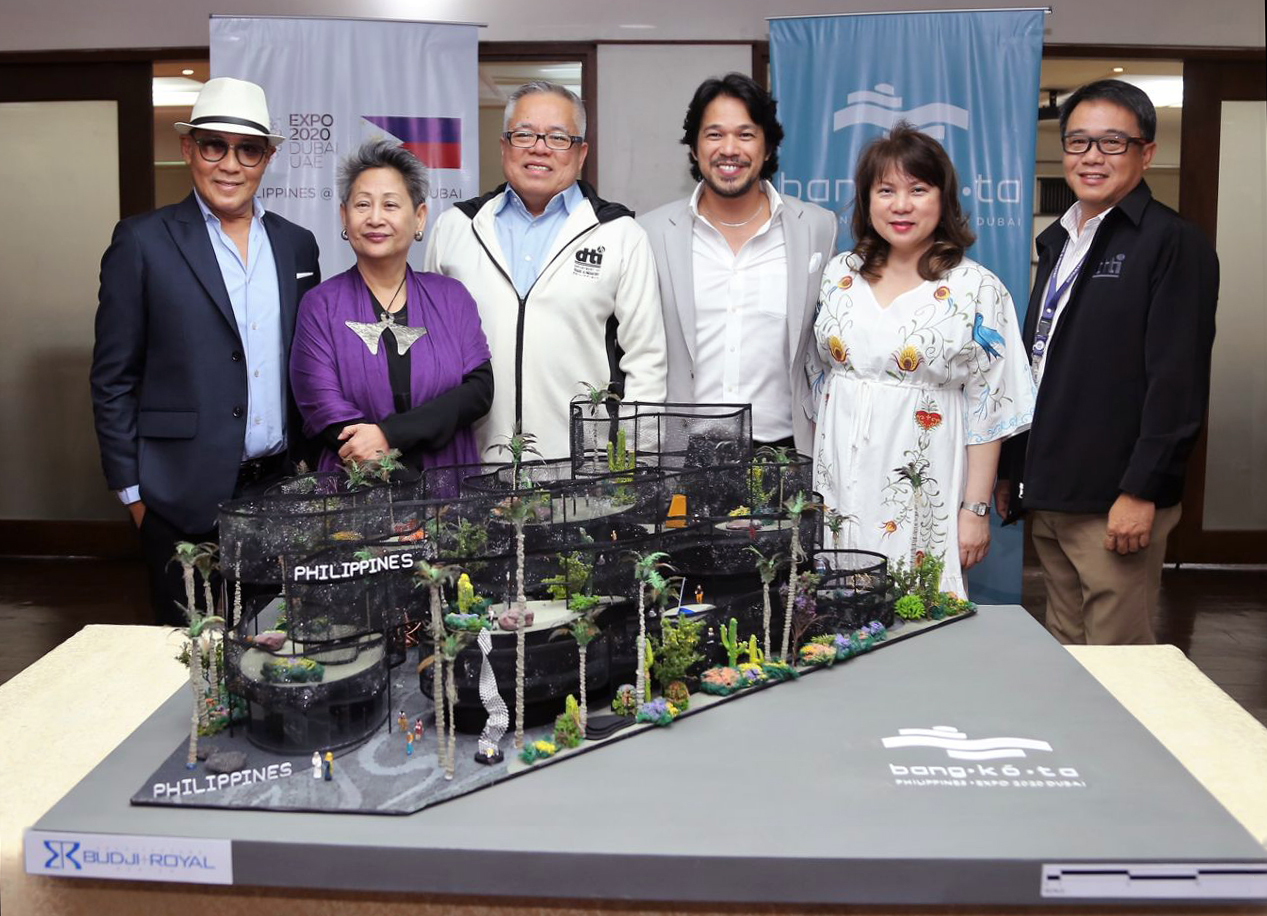 The Department of Trade and Industry hosted a select group of lifestyle editors and writers in a round table lunch for a Sneak Preview of the PHILIPPINES participation in Expo 2020 Dubai last 11 June 2019. The DTI revealed “Bangkota”, the ancient Tagalog word for coral reef, as the theme of the Philippines’ (PH) participation at the Expo 2020 Dubai in October 2020 to April 2021.

The theme highlights not only the country’s natural resources but the similarities between the coral reef and Filipinos: both grow into colonies that thrive throughout the world. Expo 2020 Dubai is the latest edition of the World Expo that started in London in 1851. Dubai’s 428-hectare Expo will feature 190 country pavilions to be visited by 25 million tourists.

The Philippine pavilion will be a 3,000 square-meter space with a 1,300 square-meter enclosed area, designed by Budji+Royal Architecture+Design and curated by Marian Roces. It will feature five exhibits, an artisanal café, and Go Lokal! stores.  After the Expo, the exhibit will be installed permanently in New Clark City.

“Our most important goal in participating at the Expo is to present a country brand that reflects our rich history and our values as caring, compassionate, and creative people,” said DTI Secretary Ramon Lopez.

Although the Expo is not a trade fair, Secretary Lopez said that the government’s budget of just under PHP1 billion will be earned back through tourism, trade, services, and investments, as the DTI will also organize an investment mission to maximize the opportunity.

He added that the interest to join the Expo came from President Rodrigo Duterte because there are around 700,000 Filipinos in the United Arab Emirates. The President since issued Administrative Order 17 assigning DTI to lead the Philippine Organizing Committee (POC) for Expo 2020 Dubai. The POC is also composed of the Departments of Tourism, Foreign Affairs, Budget, Labor, Science and Technology, and Information and Communications Technology.

Architect Royal Pineda of Budji+Royal Architecture+Design said they used mesh instead of concrete as the primary material as a way to present ourselves truthfully, rather than compete with other countries.

Curator Marian Roces curated five main exhibits, namely 4,000 Years Young, Modern Becomes Filipino, The Muslims of the Philippines, The Coraline People, and Oceans Pacific, to illustrate the country’s history even before the arrival of the Spaniards. The exhibits endeavors to change the world’s mindset about the Philippines and the Filipinos’ mindsets about themselves.

In line with this, the POC chose March 16, 2021 as the Philippine National Day to commemorate the 500th anniversary of Ferdinand Magellan’s arrival in PH. The celebration aims to shift the mindset of this being the day that Magellan discovered the Philippines, to the day we discovered Magellan.

How challenge can create something beautiful?