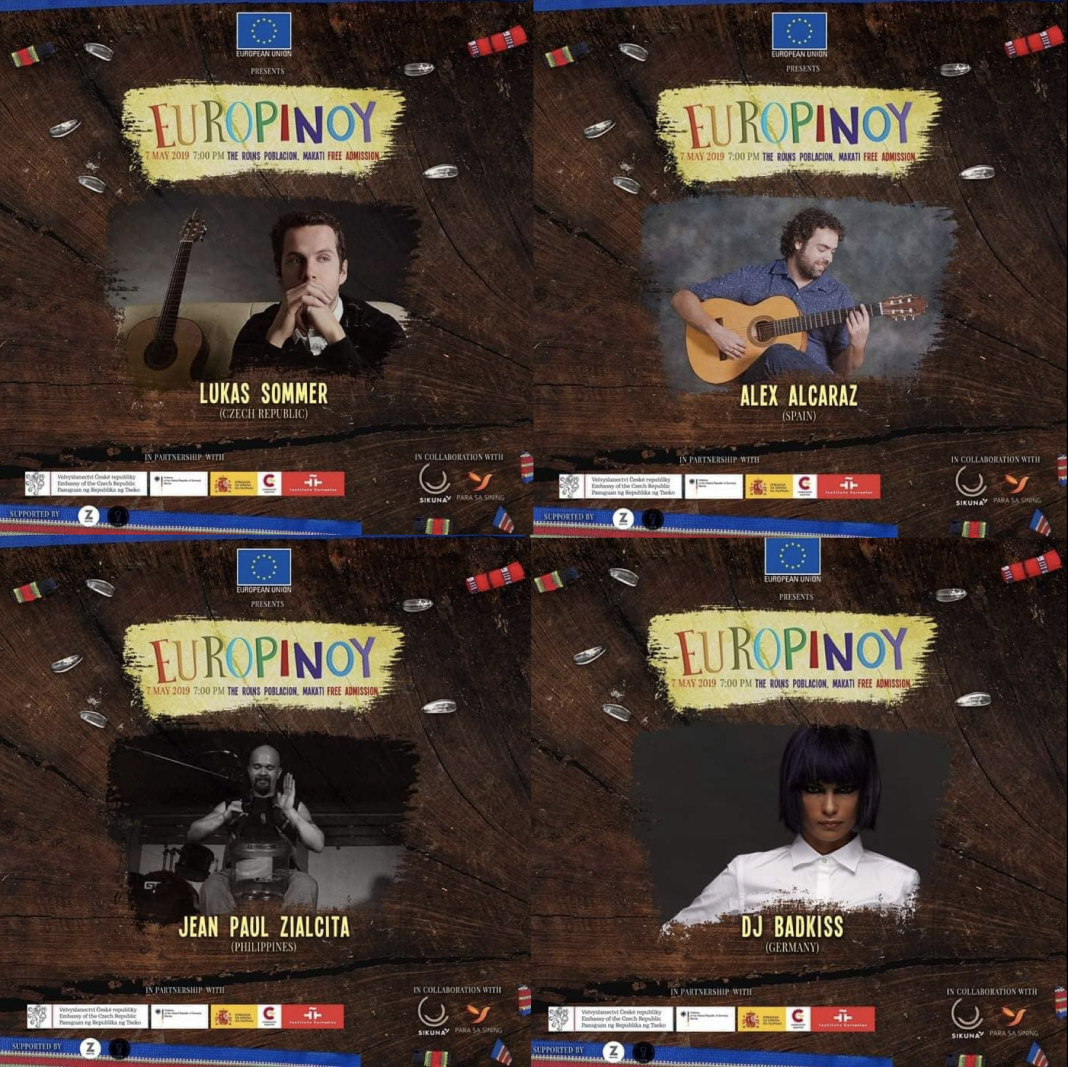 Get ready to jam and to groove this 7 May at 7pm at The Ruins in Poblacion, Makati as Euro-Pinoy Concert is back! It is an opportunity for sharing our rich and diverse cultural heritage and a live musical exchange between Filipino and European artists.

For this year, performers will come from the Czech Republic, Germany, Spain and the Philippines. Lukáš Sommer is one of the leading personalities in the current generation of young Czech composers and guitarists and has authored more than 40 opuses for different works. Apart from composing music, Sommer is also a sought-after arranger of popular music in various film soundtracks, and has worked with a variety of Czech and international agencies. Lukáš Sommer is famous for his innovative style of classical guitar combined with the philosophy of yoga and meditation.

Spanish Alex Alcaraz is a Flamenco guitarist who was born and raised in Granada, Spain. In 2012, he decided to move to the Philippines and since then, he has been collaborating with Flamenco academies in Manila and several Filipino musicians.

Jean Paul Zialcita is a Filipino percussionist who uses an exotic mix of upcycled found objects and local materials combined with elements of Filipino Martial Arts to reimagine the Philippines on the world stage in what he calls the “Age of ^CAN DO^.

DJ Marie Badkiss is half-German, half-Filipina, is able to conjure a cocktail mix of flavors from different music genres that keeps one’s feet moving to the beat. Her edgy look and equally mesmerizing music have landed her among the top hottest female club DJs in Manila, according to WheninManila.com. Her rock solid reputation for quality music selection transcending genres, trends and generations has allowed her to share her outstanding talent with the world – from going on a nationwide tour with Philippine telco giant to playing launches and in-store parties as resident DJ for Louis Vuitton. She performs in different clubs in Manila including Time, Club XX XX (20/20), Chotto Matte, Café Curieux and The Belle and Dragon.

Other artists from the Philippines will join in the fun with their distinctive music and will do the front act. Performers from Para sa Sining include Kamara, Issa Rodriguez, Rice Lucido X Norvin delos Santos, Bea Lorenzo, Rice Lucido X, Trischa Padilla and Bistibway Percussion Duo.

The concert is presented by the EU Delegation to the Philippines in partnership with the Embassies of the Czech Republic, Germany, Spain and Instituto Cervantes together with Para sa Sining, the Z Hostel and Don Papa Rum.

Para Sa Sining is a non-profit organization with the vision of “building a culture of inclusion through collaborative art.” Since 2014, the organization has been creating programs that serve as a platform for conversation and collaboration among artists.