Filipinos want Duterte to prioritize the skyrocketing prices of goods 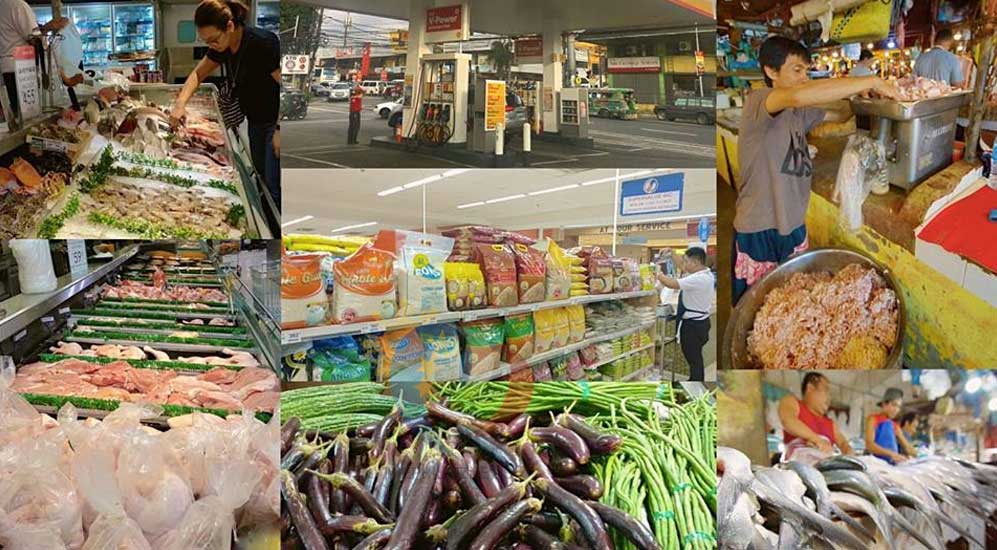 The majority of the Filipino people have spoken and more than the priority of Duterte administration being given on war against drugs which remains unabated. It is the war against hunger and price increase of the basic commodities continue to face an uphill battle as 63 percent of the 1,800 respondents said the the issue on the rising costs of commodities needs to be addressed right away.

While the government continues to be confident that this is just a temporary situation, many Filipinos are worrying especially the inflation has reached 6.4% already in August which is the highest in almost 10 yearsand consider inflation an urgent national concern that needs to be addressed more than any political persecution and war against drugs.

In the latest Pulse Asia survey, it is indicated that the predominant opinion in all geographic areas (53 percent to 66 percent) and socio-economic classes (52 percent to 65 percent). This is also the first and second mentioned urgent national concern of Filipinos at 31 percent and 23 percent, respectively.

The Inflation is the main driver for the oil, rice and other basic commodities price hike. Apart from this, the peso continues to weaken and the forecast that it will hit P58:$1 by 2019 spooks a lot of Filipinos.

During the first eight months, inflation averaged around 4.8 percent which is above the Bangko Sentral ng Pilipinas’ 2 to 4 percent target range for the year.

Having heard the concern of the Filipino people, Presidential mouthpiece Harry Roque assured the public that addressing inflation is the government’s “foremost priority.”

It is the uncontrolled price hike that leads to President Duterte’s approval and trust ratings sink as the prices of commodities go up which turned out to be lowest levels since he ascent to power and reached the double-digit declines.

Apart from the seeming unstoppable skyrocketing price of commodities, another urgent issue that the Filipinos want the government to address is improving the pay of workers and they want this to be addressed immediately in order to cope up with the inflation and peso devaluation.

Other issues are war against poverty (32 percent), job opportunities (30 percent), fighting graft and corruption on government (26 percent) and combating criminality (23 percent) were the other issues deemed urgent apart from inflation and pay hike.

Also in the list is promoting peace (14 percent), protecting the environment (13 percent), reducing the amount of taxes paid by citizens (12 percent), and enforcing the rule of law (11 percent).

The said survey dubbed as “Ulat ng Bayan” was conducted from September 1 to 7 using face-to-face interviews and has a + 2% error margin at the 95 percent confidence level.

Alejano said that administration has miserably failed to resolve the problems greatly affect citizens. This is the reason why the double-digit decrease in the approval and trust ratings, along with this increasing distrust and disapproval ratings reflects the incompetence and misplaced priorities of the administration.

Furthermore, Alejano said, the President has exhibited very unpresidential behaviors. It passes over the President in his profanity. Made fun of the President the issue of rape and continues to give talks that endangers women. As God and the Catholic Church will not survive the harassment of the President. These are facts that never obscured by any propaganda from the administration Duterte.

“I believe the decline in the approval and trust ratings of Duterte could be even higher. As I talk to different sectors on the ground all over the country, many have expressed their disappointment but are scared to speak up. Fear is the atmosphere that this administration has been fostering”, Alejano added.

Meanwhile, Senator Antonio “Sonny” Trillanes IV, believes that the political persecution being done against him, other opposition and Magdalo group is a way to cover the President’s inadequacy to address the issue on poverty, hunger and inflation.

Trillanes said that if only the President will focus on addressing the issue of stomach, the Philippines will survive all the challenges that the region is facing. He also urged the Filipino citizens not to be afraid to give feedback and express frustration with the shortcomings and errors of administration because it is the right and duty of the people.