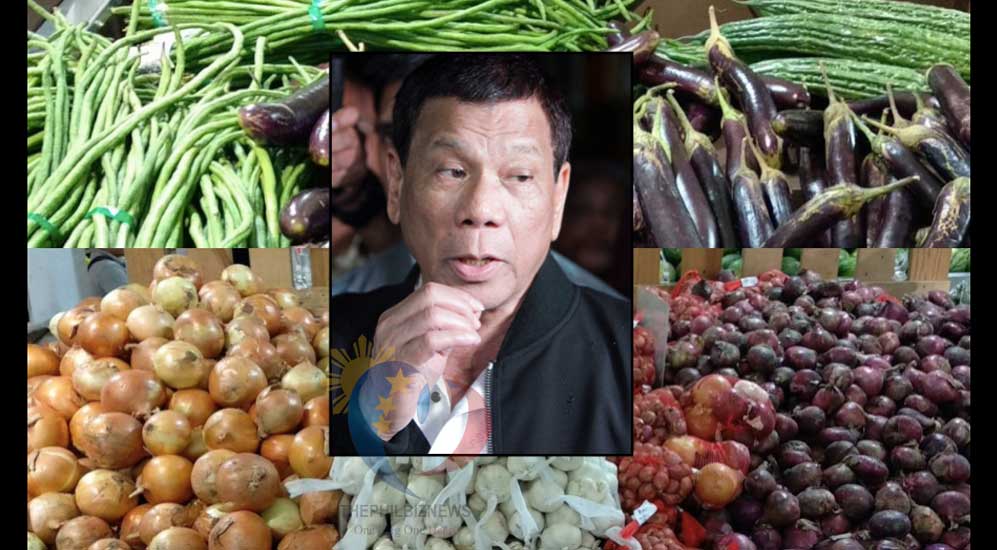 Seems clueless and still groping in the dark for an answer on how to stop the high inflation that chastises the Filipino people, President Rodrigo Duterte now trained his gun to the weekly skyrocketing oil price hike.

Just last September 7, the President his “close friend” US President Donald Trump on the tariffs slapped by US President on certain global products for the rising prices of goods in the Philippines.The US imposed tariffs on several Chinese goods because of the alleged intellectual property violations of China, a major trading partner of the Philippines and Duterte’s favorite and preferred ally.

However, for Duterte’s economic managers, they attributed the record-high inflation in August due to higher electricity, gas, fuels, fish, rice, personal transport, vegetables, and meat prices which now the President apparently realized.

Although last week, the President expressed his observation when he visited the typhoon victims in  Northern Luzon about the high airfares due to fuel surcharge and asked (Civil Aeronautics Board)CAB to explain why this is happening.

While the Duterte administration and economic managers would not admit it, many observers blame the TRAIN (The Tax Reform for Acceleration and Inclusion (TRAIN) law which imposed higher taxes on oil products and beverages that resulted to the skyrocketing commodity prices

President Duterte expressed his observation that the rising prices of fuel, which reached as high as P57 per liter this week is to be blamed for the soaring inflation that drives the prices of the basic commodities higher almost every week.

Duterte said in his speech at the Asia Pacific Association of Gastroenterology (APAGE) 3rd Inflammatory Bowel Disease Clinical Forum in Cebu City,  that the primary reason for our inflation is the prices of oil.

Duterte has been ranting about the Philippines’ lack of the natural source for fuel saying: “God did not give it to us. He gave it to Indonesia, lots of it to Malaysia and Brunei. What’s our sin? What…Why God made it that way, I really do not know.”

But people close to the President said that the Philippines has an abundant supply of natutral gas and resources that is being eyed by China, according to our source who did not want to be named for lack of authority to speak on behalf of the President.

The inflation hit at 6.4 percent last month the highest in almost 10 years, surpassing the 5.9-percent rate predicted by the Department of Finance and polls from Bloomberg.

Duterte went on, “You will look around anywhere here. This microphone, this book, this glass of water, your suit, is connected with oil. Because they are made of machines and equipment.”

He further explained that the need for fuel to operate and would add up to the prices of goods and commodities. “And that is one of the reasons, it’s not an excuse. I admit there is inflation. But it’s really the number one culprit is price of oil.”

After discussing the issue on inflation and oil price, Duterte also reiterated his administration’s fight against corruption and to maintain peace and order in the Philippines.

“For as long as there is no law and order, and there is corruption in the government, this country will never rise,” Duterte said.