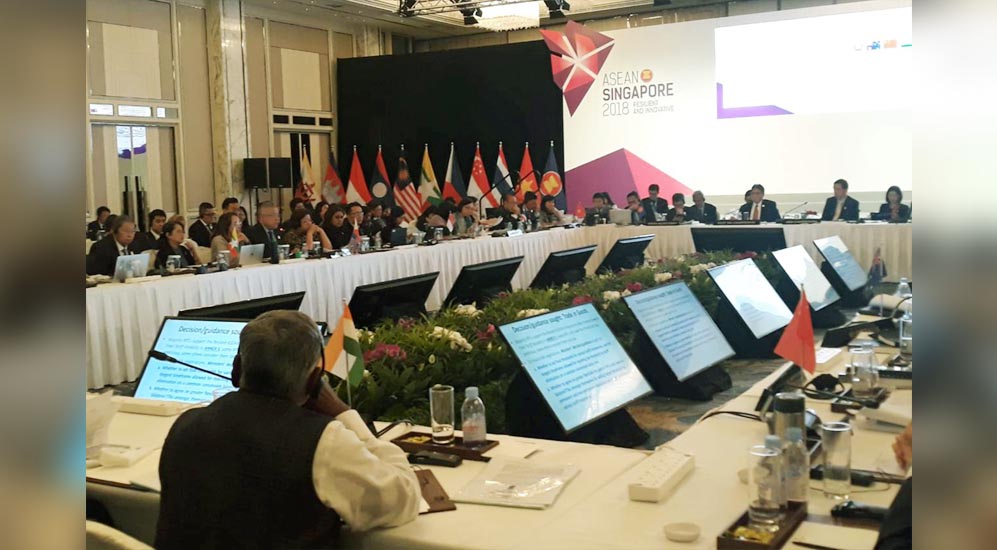 SINGAPORE — The sixteen (16) Regional Comprehensive Economic Partnership (RCEP) Ministers from ASEAN, Australia, China, India, Japan, Korea and New Zealand adopted the “Package of Year-End Deliverables” that lays down the blueprint for concluding the negotiations during the 6th RCEP Ministerial Meeting on 30 – 31 August in Singapore.

This document, which was developed by the Trade Negotiating Committee, also tasked negotiators to redouble efforts in order to advance the political mandate. “All Parties are eager and ready to work towards achieving the targets set by the end of this year, with each country wanting to bring home a good deal for their peoples.

RCEP will send a positive signal to the world that the RCEP region is open for business,” said DTI Secretary and Philippines RCEP Minister Ramon M. Lopez. RCEP will be the largest Free Trade Agreement that the Philippines will be part of once concluded. It covers the 3.2 Billion market size of the RCEP participating countries.

It is also a mega-regional trade pact that the ASEAN ever engaged in with the huge contribution in terms of GDP and consumer-based patronage. This will provide market opportunities to all the participating countries, which will impart a higher standard of living due to the vast choice of goods and services as well as contribute greater job generation. “These ministers are cognizant of the key elements of the agreement that we started last year under the Philippine chairmanship and we built on it. Time allowed some Ministers to develop more acceptable parameters, and extreme flexibilities were also exercised.

The negotiations are already at the stage wherein high-level policy calls need to be made, keeping in mind that the quality of the final outcomes for the RCEP should not be sacrificed nor compromised,” Secretary Lopez added.

The negotiations were provided a boost by the conclusion of the Chapters on Customs Procedures and Trade Facilitation and Government Procurement, which will serve to facilitate expedite trade in merchandise goods. The Small and Medium Enterprises (SME) and Economic and Technical Cooperation (ECOTECH) Chapters were completed by in 2016. New Zealand will host the 24th RCEP Trade Negotiating Round in end-October. The Round is critical as negotiators prepare for their report to RCEP Ministers and Leaders.