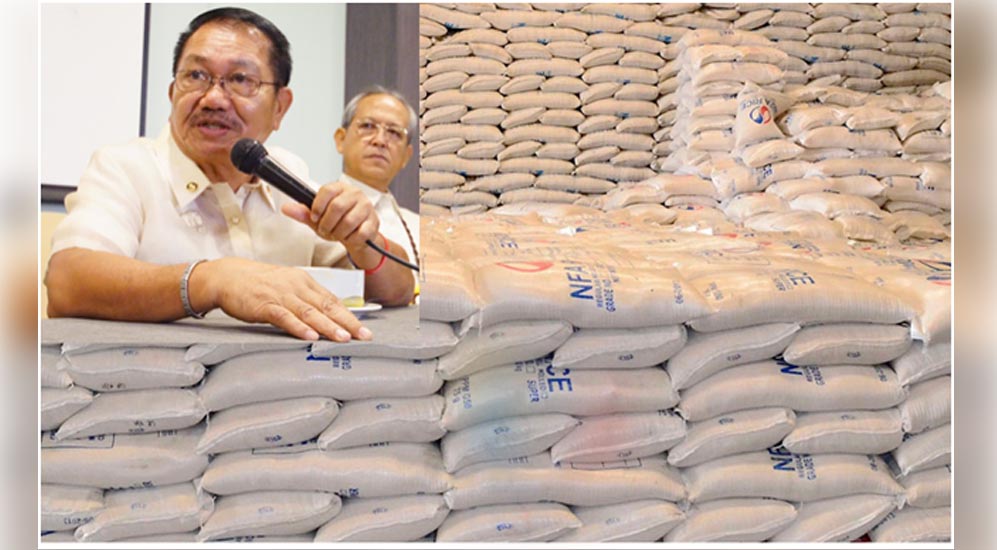 Department of Agrculture Secretary Manny Piñol said that he will prosecute all rhe rice hoarders in the country to ensure that this kind of practice will stop.

The Agriculture Chief has also issued an administrative order in line with a “Report a Hoarder” program which will provide a reward of P50,000 to whoever can report rice hoarders to the DA and an additional P200,000 once this information is confirmed.

Meanwhile, NFA Administrator Jason Aquino said, “The price of rice in the market is very precarious right now, that is why we have to more than double our effort. Some traders will surely try to make greater profit from the rice situation that we have, but we will not allow it to happen.”

The technical working group will work closely with the different enforcement agencies, we hope that we can finally stop any moves of some people or groups to control the rice trade,” Aquino added.

On the call of abolition of NFA, House Speaker Gloria Macapagal-Arroyo said she is open to “eventually” abolishing the National Food Authority over concerns on rice supply.

“But at this point in time, they have to import and when we tariffy importation then maybe NFA can be abolished because then it will be liberalized,” Speaker Arroyo told reporters in an ambush interview.

“It can stay, it can go. To me, I’m neither here nor there in that situation but right the more important thing is to be able to import rice and make it arrive before October,” she added.

When DA Chief was asked about his opinion regarding the proposed the abolition of NFA, he said “I am not in favor. There are proposals to abolish NFA. Did you know that NFA is the only WTO (World Trade Organization)-acknowledged and -recognized trading agency in the Philippines. The NFA refomed could actually be the trading agency in the country.”