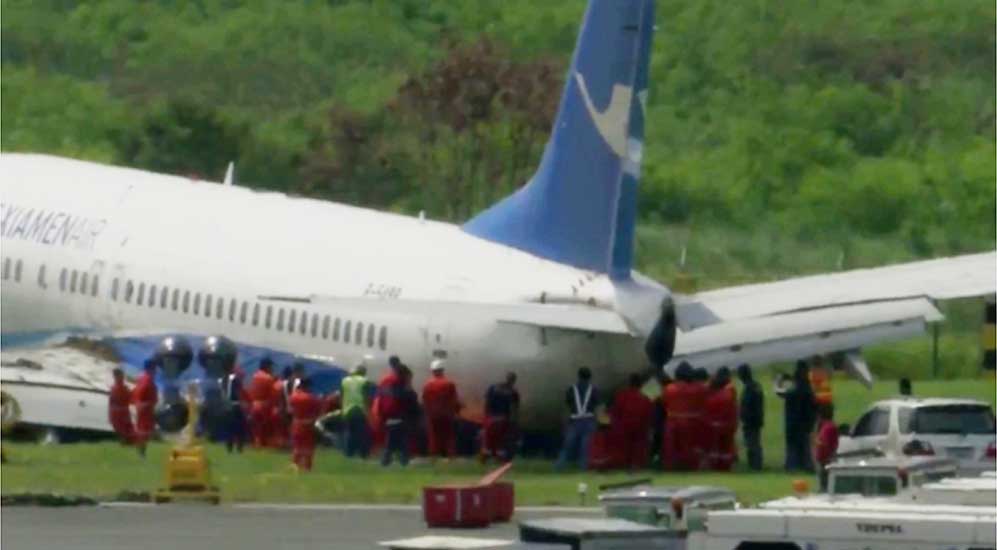 The government has initially made and assessment on the damages incurred by Xiamen Airways when one of its planes went off on runway of the Ninoy Aquino International Airport that caused cancellation and delay of many flights. NAIA is the Philippines’ main hub for its airplane passengers.

Ed Monreal, the General Manager of the Manila International Airport Authority (MIAA)said, “All we spend in the recovery of the plane and damages will be charged to the Xiamen operator.”

He added, “The P15 million is just an initial estimate. We are still in the process for assessing for other damages on the runway and penalties while airport operations officials are finalizing their report that will be submitted to me.”

According to Monreal, MIAA spent around P4 million renting the crane used to lift the Boeing 737 from the muddy ground where it got stuck after skidding off the runway when it attempted a second landing in heavy rain before midnight of August 17.

Meanwhile, estimates are also being made of the landing and take-off fees forgone with the cancellation of more than 200 flights and the diversion of 17 others to Clark and Cebu Airport.

Monreal added that other airlines may file separate cases against Xiamen Air to recover their own losses.

Av background, the pilot of Xiamen Airways flight MF8667 attempted to land during a heavy downpour but decided to abort.

However, on his second attempt he landed on runway 24 under heavy rain and poor visibility, but the plane bounced and suddenly swerved out of the runway, running over runway edge lights, according to the CAAP initial report.

Consequently, this stalled the operation of NAIA and was resumed later on after more than 24 hours. A lot of passengers were affected by this. OFWs were the ones greatly affected as some dreaded to lose their jobs while others being jailed for arriving at their destination with expired visas.