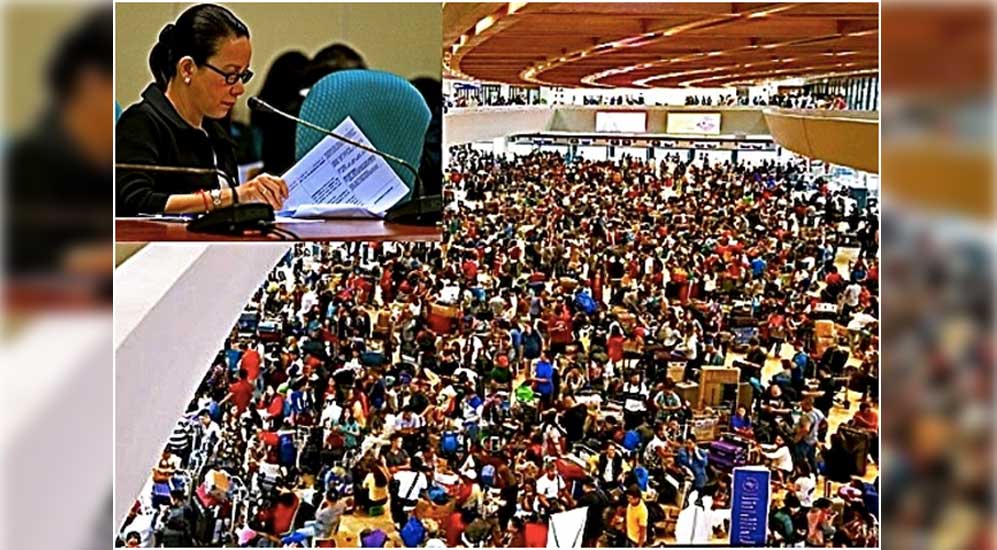 With so many complaints from anxious and crying OFWs who are either arriving in their destination jobless or being jailed especially in the Middle East areas due to expired visa, the Senate is set to call airport and transportation officials as well as airline executives to explain the stalled operations at the Ninoy Aquino International Airport when a Chinese passenger plane went off on runway.

Sen. Grace Poe, the Chairman of Senate committee on public services said that her panel will conduct an inquiry into the operational procedures of airport personnel in responding to such emergency situations.

Poe is wondering why and what took it so long to remove the Xiamen Air Boeing 737-800 from the runway which lasted for around 36 hour. She also noted that the accident stalled the airport operations, affecting tens of thousands of passengers of delayed and canceled flights especially the OFWs who dread of losing their jobs and others being jailed for arriving with expired visa.

“The public deserves an acceptable explanation. This is very important, considering that NAIA remains the primary gateway for foreign tourists into the country. NAIA is operating at overcapacity. It was built to handle some 30 million passengers, but is currently accommodating around 42 million,” Poe said.

Poe said the Manila International Airport Authority (MIAA) was not able to respond quickly enough that hundreds of flights were either cancelled or diverted, leaving tens of thousands of passengers stranded at NAIA and other airports in the country.

Those who will be invited to the inquiry are Transportation Secretary Arthur Tugade, MIAA general manager Ed Monreal, airline executives and some affected passengers.

In closing Poe said, “We will give time for airport authorities to have a complete report on the effects of the runway closure during and after the incident.”