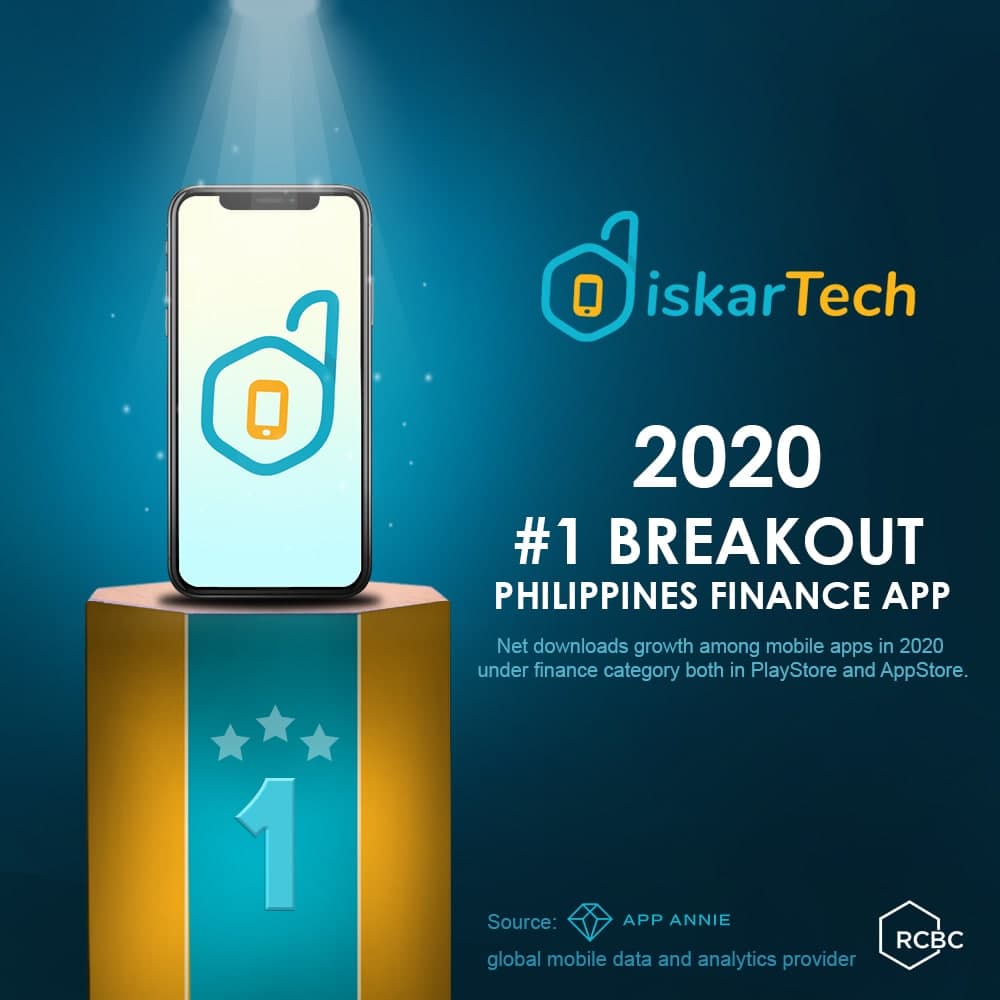 The need to pivot in the time of the pandemic is empirical, hence, the growth in digital transformation and adoption go hand in hand with the demand.

While others had some reservations or played ‘wait and see’, Rizal Commercial Banking Corporation’s (RCBC) sees it as an opportunity and the birth of DiskarTech – Taglish financial inclusion super app came into being and even emerged as the Philippines’ number one finance app released in 2020 across distribution platforms in terms of downloads.

This according to App Annie, the leading global provider of mobile data and analytics, who hailed DiskarTech’s “breakthrough” performance.

The feat is even more remarkable as DiskarTech was launched only last July 1 and its chart-topping numbers account for only half a year’s performance in the market.

“We welcome this recognition as a challenge to bring more Filipinos into the shelter and opportunity of the formal financial network,” said Lito Villanueva, RCBC’s executive vice president and chief innovation and inclusion officer.

“The extended crisis posed by the continuing pandemic requires the scaling of digital technology to spread its benefits to the mass market,” Villanueva added.

DiskarTech offers a wide-range of financial services to help keep many Filipinos afloat. On top of 3.25% annual interest in savings, the super app also offers livelihood opportunities through referral incentives and transactions on behalf of others which are called “pakisuyo” services.

DiskarTech has also announced the extension of waived fund transfer fees for the entire year and launched a new promo program called “Ipon Galing” that incentivizes in-app transactions with “Ipon Rewards” and a chance to double their average daily balance for January.

Aside from leading new local finance apps in downloads in the App Store and the Play Store, DiskarTech also breached the top ten spots among all new apps for both platforms. It placed ninth for iOS devices and tenth for those of Android.

As of December 31, 2020, DiskarTech has been downloaded more than 3.5 million times.

Its users are mostly female and between the age of 21 to 30 years at 65% and 55%, respectively. Interestingly, majority of DiskarTech users also reside outside the National Capital Region at 70%.

RCBC is one of the leading universal banks accelerating digital transformation in the Philippines, in support of the Digital Payments Transformation Roadmap of Bangko Sentral ng Pilipinas. By 2023, the central bank targets half of the retail payments to be transacted online with 70% of Filipino adults onboarded in the formal financial system. These twin goals are addressed by RCBC digitalization efforts through products that include mobile and online banking, handheld ATM Go mobile POS terminals, and DiskarTech, among others.

RCBC received 2020’s Best Digital Bank of the Philippines as judged by the Alpha Southeast Asia Best Financial Institutions Awards, and Asiamoney Best Bank Awards. It is also 2020’s Most Innovative Internet Banking Services Provider by The Global Economics Awards. Other global recognitions earned are the 2020 Enterprise Innovation awards from the Asia IOT Business Platform Award, the 2020 Most Inspirational Brand from the Asia Pacific Enterprise Award, and Best Digital Inclusion Initiative from the International Innovations Awards.