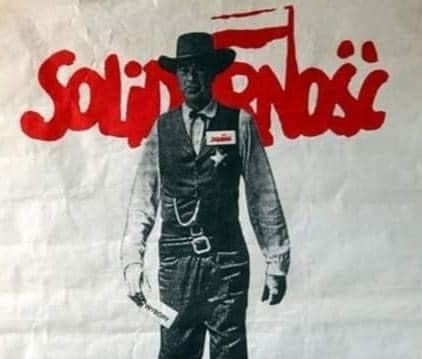 Tomasz Sarnecki, ‘Solidarity: At noon, 4 June 1989’, political poster – On 4th June 1989, the first semi-free elections in post-war Poland were held
Photo from the Embassy of the Republic of Poland in Manila

BIO: Polish Ambassador to the Organisation for Economic Co-operation and Development (OECD), Professor at the Cracow University of Economics

‘Solidarity’ in Poland paved the way to modern democracy in the early 1980s and the inevitable fall of Communism. It is a non-violent, anti-communist social movement with strong multi-sectoral members of around 9.4 million. To commemorate this historic milestone of the Republic of Poland, The Philippine Business and News will publish a series of articles about Poland’s Solidarity from the Embassy of Poland in Manila to let other people know, understand, and learn from the bittersweet victory of the peace-loving people of Poland before they gained the democracy that they are enjoying now.


The changes initiated by “Solidarity” gave Poland 28 years of continuous economic growth and a significant, measurable increase in average prosperity

Few people know – even less remember – that the peaceful destruction of the communist system began in August 1980 with the strikes of Polish workers and the emergence of a social movement called “Solidarity”.

Some of the economic postulates of the striking workers, when read today, seem humdrum and “technical” in nature: increase in wage, anti-inflationary indexation of wages, retirement age and quality healthcare. In a period of great social tensions over economic inequalities and disparity in life opportunities, many people in Western countries may be shocked that those were Polish workers who encouraged the societies of the Soviet bloc to break away from the socialist system and economy, while modern critics of capitalism, whose numbers are growing exponentially, may bluntly claim that the workers were deceived.

It is therefore worth recalling the actual characteristics as well as the performance of the economy of real socialism, which seem to have dissolved in the vapours of emotional disputes over the direction of economic system transformations.

Socialism comprises detailed, central planning. It is an economic policy based on meticulous central planning of investment and production, and it was presented as a way to remove the “spontaneity” of economic processes in capitalist economy. In fact, planning proved effective in mapping railroads from coal mines to steelworks, but turned out completely helpless as citizens waited for new products of higher quality – those were imported from the West. Moreover, jeans or a Walkman, so desired by the people of the socialist state, were not widely available, but were sold under so-called “internal export”, that is only to those who owned “foreign currencies” or bought them on the black market (US dollars to be precise).

Central planning and non-self-reliant state-owned enterprises contributed to what the Hungarian economist János Kornai called “shortage economy”. The choices of planners and the decisions of managers of economic facilities (rightly so, the term “enterprise” was rarely used at the time, because these plants were not too enterprising!) led to periodic overinvestment in the absence of positive results for the consumer. Increasing amounts of steel and cement being produced, and citizens kept hearing that the foundations were being laid for the prosperity that would someday be enjoyed by their children or grandchildren.

The poor consumer offer was not a temporary situation, but a systemic result of low microeconomic efficiency. The central planner pushed the economy into ever more new investments in heavy industry. Industrial plants produced products of low quality, and never forced to compete, they did not introduce any innovation. Instead in a delayed fashion, they emulated the novelties manufactured by Western companies. Engineers in socialist factories informed about new inventions that were created on their project boards and complained about the bureaucracy that was paralysing the effects of their work. For a long time, citizens believed in the achievements that were announced, until one day, they considered these assurances as mere propaganda. The management of economic plants was often entrusted to incompetent members of the communist party (the so-called nomenklatura), and the public opinion in secret dubbed this mechanism of selection as the BMW principle (“bierny, mierny, ale wierny” which is the Polish equivalent of “passive, mediocre, but faithful”). Discouragement and demoralisation spread as a result of the lack of incentives. The youth who could see the normal life of Westerners through a crack in the communist wall took every opportunity to emigrate from the country.

The widely experienced pathologies of the socialist economy created fertile ground for systemic change. A normal economy was to follow a centrally planned socialist economy. This normality was not discussed in theory in Poland, it consisted in instilling the principles that were observed in OECD economies (from Western Europe to Japan).

Planning was replaced by natural coordination and market competition, in which supply, demand and prices are the basic balancing instruments. Market competition is not genuine if the freedoms of business creation, entry, and competition are not respected. Economic entrepreneurship is associated with the risk that is taken by the owner with all its consequences. Socialist economy transferred the costs of error on to the society; an entrepreneur fails at his own expense. Private property is a necessary condition to determine who bears the consequences of their economic activities and what these consequences should be. These principles were entered into the Polish constitution and they constitute the foundation of the Polish market economy.

The modern market economy was not designed by anyone. It emerged from a long process based on certain fundamental principles that Adam Smith had aptly identified. No wonder that the reform of the socialist economy took the direction of a private (capitalist) market economy. These changes gave Poland 28 years of continuous economic growth and a significant, measurable increase in average prosperity.

It is worth remembering that the principles of the market economy allow it to be embedded in various institutional solutions, and give each society a chance to create capitalism with its very own cultural layer. Communism collapsed not when the Berlin Wall was knocked down, but when workers’ solidarity rejected this system as inherently working-class. Capitalism in Poland was reborn thanks to solidarity – it should therefore be capitalism of a society bound by solidarity.

The text is published simultaneously in the Polish monthly magazine „Wszystko Co Najważniejsze” (“Everything What is Most Important”).