PH reaches 645B investment in Q12020 through strategic projects 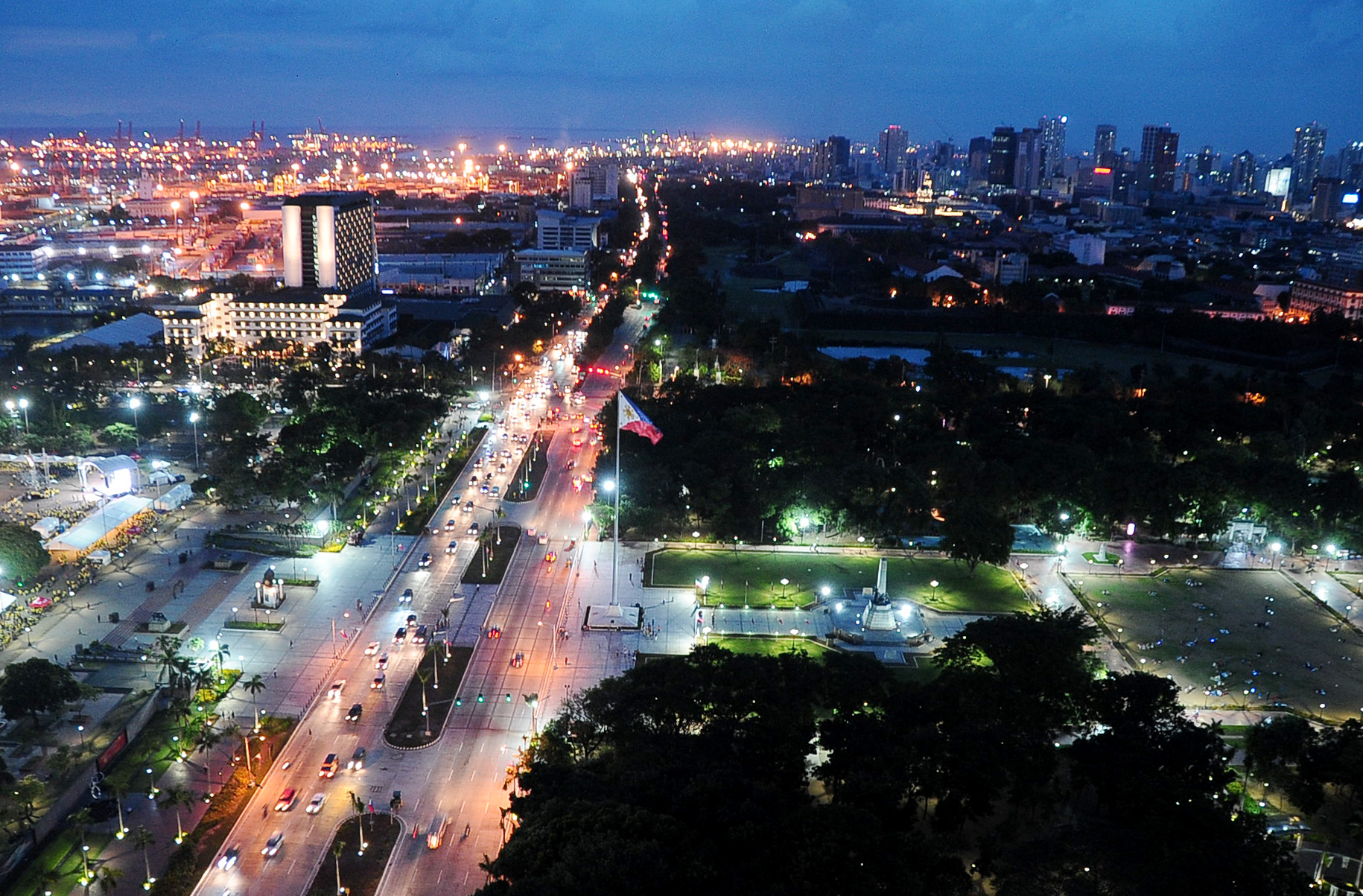 The Philippine Board of Investments (BOI) recorded Php645.3 billion of approved investments in the first six months of the year, bouncing back strongly with a 112 percent surge from just Php304.4. billion in the same period in 2019.

Speaking to THEPHILBIZNEWS, Department of Trade and Industry Secretary and BOI Chairman Ramon M. Lopez said, “The investments just show the strong growth prospects in the country amidst the current challenges brought about by the COVID19 pandemic.”

“This means, the Investors do take a medium to long term outlook in their investment decisions. This positive development helps the country to position for a rebound in 2021,” the BOI Chairman added. 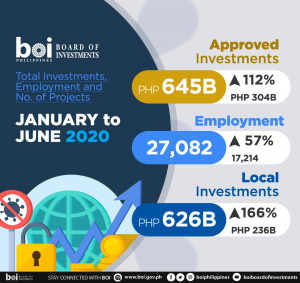 Infographics from Board of Investments Philippines

“The robust bounce back despite the pandemic shows the country’s resilience as we begin the transition to easing out the restrictions after a prolonged lockdown of the economy. While we expect a lower GDP output in the second quarter than the first quarter due to the ECQ, there are already signs that the economy is humming back to life with industry conditions becoming stable,” Secretary Lopez explained. 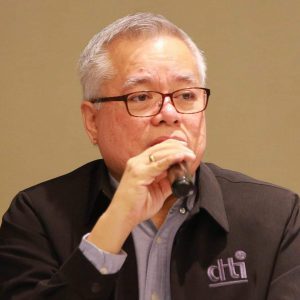 The Chairman of the Board of Investment Philippines cited that the rebound in investments is expected since the Philippines is still considered one of the top investment destinations with strong economic fundamentals, and direct investments always have a medium to long-term horizon in their investment decisions.

He also noted that the country’s manufacturing sector is close to stability as the Philippine Manufacturing Purchasing Managers’ Index (PMI) survey of IHS Markit showed that the manufacturing index score increased to 49.7 in June 2020, up from 40.1 in May. The country recorded an increase in its output index, the first monthly increase in four months. The output index in June was 51.1, coming from a low of 10.2 in April and 29.4 in May. Indices below 50 show a decrease in manufacturing output while above 50 mirrors an improvement of the activity. The change in community rules boosted the manufacturing output in making inroads towards stability at the end of the first half of the year. Companies have begun to increase their production as they reopened operations after a long shutdown.

Secretary Lopez added that he expressed optimism that the economy will recover by the third quarter with positive growth as most of the country is expected to have a relaxed form of community quarantine although he acknowledged that strict social distancing and health protocols will still remain in effect to contain the spread of COVID-19.

Approved investments among domestic sources went up to Php626.7 billion, surging by 166 percent from Php235.6 billion from the same period last year.  In contrast, approved figures by foreign businessmen reached Php18.6 billion, a 73 percent deceleration as compared to Php68.9 billion in the same period a year ago.

According to Vice Chairman and BOI Managing Head Ceferino S. Rodolfo, “Construction/infrastructure is the pace-setter among industries with Php530.8 billion as of the first half.  The transportation and storage sectors remain strong with Php86.7 billion, a 785 percent improvement from last year’s figure of just Php9.8 billion. Real estate posted a solid 16.5 percent growth to Php9 billion from Php7.7 billion in 2019. Renewable energy/power, manufacturing and accommodation (tourism) recorded Php6.6 billion, Php5.3 billion and Php3.8 billion in approved projects, respectively. A total of 96 projects got the green-signal and upon operations, it will generate 27,082 jobs, a jump of 57.3 percent from 17,214 in the same period last year.”

“It is important to highlight the strategic nature of the projects and their important contribution towards building a more modern Philippines. The project proponents have reaffirmed their commitment to the immediate implementation of these infrastructure, ICT and transport projects—towards completion in the medium-to-long-term term. Prior to approval of the big-ticket projects, the BOI required them to provide written confirmation of their commitment,” added Sec. Lopez.