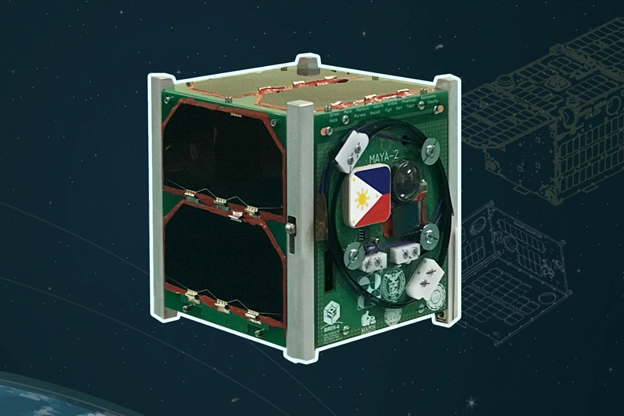 Made possible by our illustrious Filipino space engineers

Once again, the Filipino ingenuity and technological prowess are affirmed, as last February 21, 2021 (1:36 AM Philippine Standard Time) which is a momentous event for the Philippines and also for the 3 distinguished space engineers as they forever etched in the history of space science with the launching of the country’s second cube satellite, called Maya-2 CubeSat.

With the launch of Maya-2 CubeSat through the International Space Station (ISS) along with Paraguay’s GuaraniSat-1 CubeSat and Japan’s Tsuru CubeSat for the BIRDS 4 Satellite Project – KyuTech aboard the Northrop Grumman CRS-15 mission, the endless possibilities that Filipinos can achieve will certainly inspire more Filipinnovatos.

According to Secretary Fortunato T. de la Peña of the Department of Science and Technology (DOST), Maya-2 is the country’s fourth satellite that was launched through the International Space Station (ISS). Diwata 1 and 2, both microsatellites, were launched in 23 March 2016 and 29 October 2018, respectively, while Maya-1 was launched in 29 June 2018.

The science chief also said that the DOST’s Advanced Science and Technology Institute (ASTI) and the University of the Philippines Diliman’s Institute of Electrical & Electronics Engineering (UP IEEE) are the implementors of the satellite development projects in cooperation with two Japanese universities, Hokkaido University and Tohoku University. This initiative is also part of the Stamina4Space Program, funded by DOST, monitored by the Philippine Council for Industry, Energy, and Emerging Technology Research and Development (PCIEERD) and implemented by the Advanced Science and Technology Institute (ASTI).

The Space Technology and Applications Mastery, Innovation and Advancement (STAMINA4Space) Program is a space research & development program that aims to further develop deep expertise that enable and sustain the growth of a local scientific-industrial base in space technology and applications in the Philippines.

The development of Maya-2 CubeSat is part of the 4th Joint Global Multi-Nation Birds Satellite project called “BIRDS-4 Satellite Project” that is a cross-border interdisciplinary CubeSat project hosted by the Kyushu Institute of Technology in Japan, in collaboration with the three countries.