Green recovery, sustainable reporting webinar will be launched on October 22 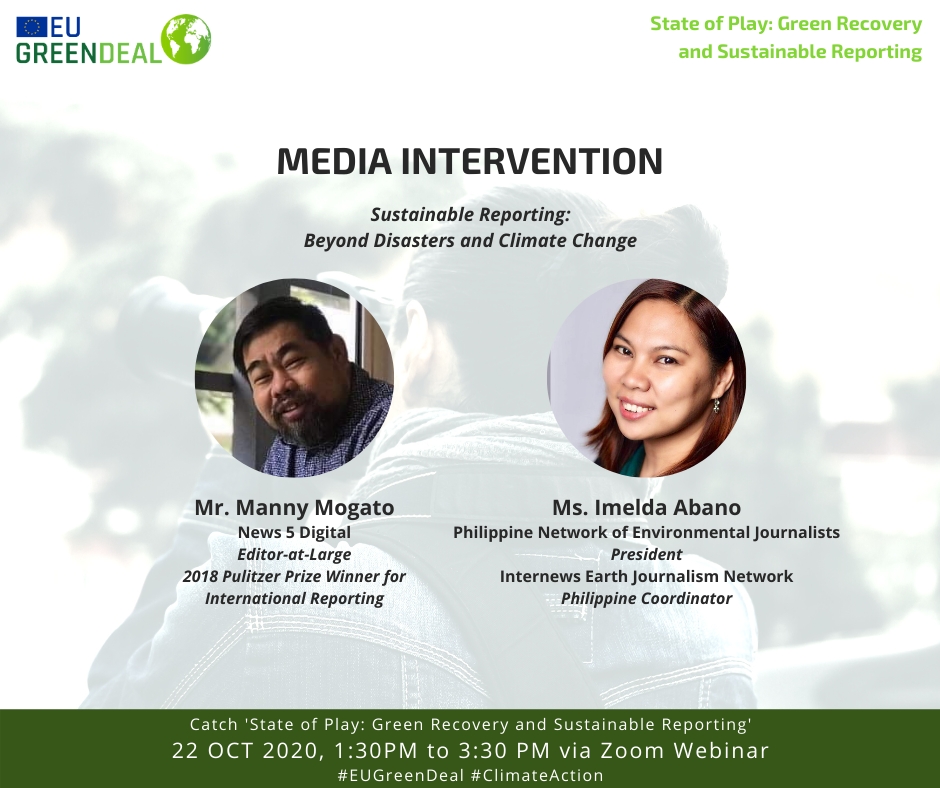 On October 22, the European Union Delegation to the Philippines is collaborating with the national and local government agencies, businesses, and media organizations to conduct a webinar on the “State of Play: Green Recovery and Sustainable Reporting”. The seminar will be broadcasted on the EU Delegation Facebook page,

The focus will be on climate change and environmental degradation are huge threats to many parts of the world, including in the Philippines which ranked ninth on the World Risk Index 2019 among countries with the highest risks.

Europe works on a new growth strategy that will transform the EU into a modern, resource-efficient, and competitive economy, where there are no net emissions of greenhouse gases by 2050, economic growth is decoupled from resource use, and that there is no person or no place left behind.

To engage with journalists and to foster greater awareness about the effects of climate change and how the EU and the Philippines cope with these challenges, the  EU Delegation holds this webinar anchored on the EU’s Action Plan for Circular Economy and the European Green Deal, a growth strategy that aims to transform EU into a modern, resource-efficient and competitive economy.

“The EU recognizes that journalists play a critical role in creating awareness to help the public know how to act against climate change and governments to make informed decisions,” said Thomas Wiersing, Chargé d’Affaires a.i. of the EU Delegation to the Philippines.

The media webinar will also equip journalists with a deeper understanding of climate change and strengthen their skills in sustainable reporting.

The virtual seminar is open to environmental, science, and business journalists and government communication officers and  journalism students,